We’re celebrating Betty Boop and her new book, “The Definitive Betty Boop: The Classic Comic Collection,” coming from Titan Books this fall!  This week, I asked our cartoonists to share their fondest cartoon memories from childhood!

Back in 1960s Florida, we experienced brief but tempestuous afternoon thunderstorms everyday during the rainy season. You used to be able to set your clock by them. So we spent many Summer afternoons lying around watching Popeye cartoons until the storms moved off, or until the power went out.

The Max Fleischer ones were and are my favorites.

In between the Popeye cartoons, the kid’s show out of Orlando also aired animated versions of other famous King Features comics. I remember watching “Beetle Bailey,” “Snuffy Smith,” “Krazy Kat,” and I think “Katzenjammer Kids.” There might’ve been a couple more, but my memory fails me.

Loving the comics as I did, I really enjoyed seeing my favorite characters come to life. I remember being disappointed that the voices didn’t match those I made up in my head when I read the funnies. But I got used to them, and now still to this day silently read General Halftrack’s balloons in the squeaky voice of an old-man who whistles his S sounds.

There were lots of great cartoons on TV when I was a kid. Even then I could tell that the cartoons that Chuck Jones directed, like Tom & Jerry and Bugs Bunny, were way better than the cheap Hanna-Barbera cartoons like Yogi Bear and The Flintstones (enjoyable though they were). And seeing animated Disney movies was a real event. Dumbo was the second film I saw at the cinema (after The Red Shoes) and I loved it.

But the best cartoons were the Charlie Brown Christmas specials, because I was a massive Peanuts fan from the age of six. Those cartoons are still fantastic. 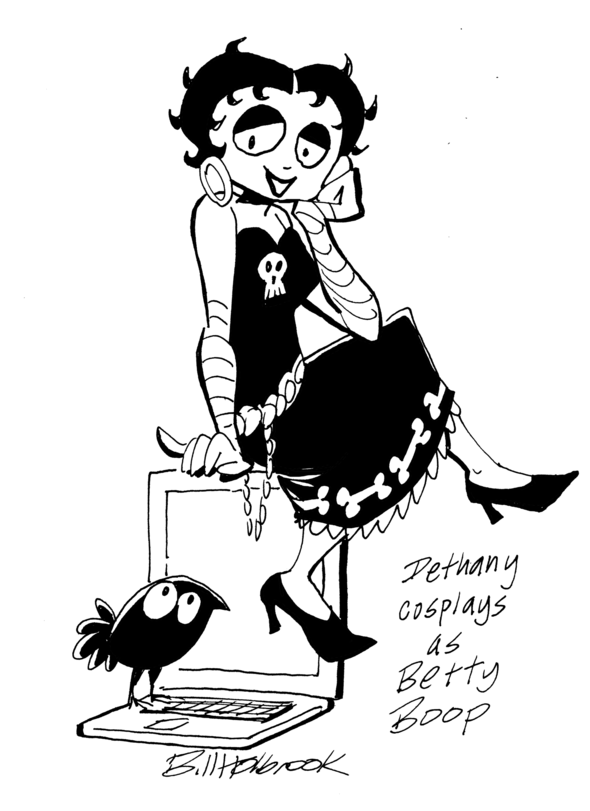 — Bill Holbrook, Kevin & Kell, On the Fastrack, and Safe Havens

30 years ago I was at the Salmagundi Club in New York. I was a member of The Cartoonists Association. We were mainly magazine cartoonists. I went down to the small bar in the basement to get myself a drink and noticed a little old man over in a dark corner eating lettuce out of a plastic bag. As he was leaving he stopped and said hello, and he asked what I was doing there. ( Salmagundi is an artists’ club) I told him I was a cartoonist at a meeting. He thought I meant animated cartoons, so I jumped in and started lamenting the loss of good animation. I mentioned three cartoons that I thought were so very good in the old days. One was Walter Lance’s first Woody Woodpecker cartoons, thew second was Popeye, and the third one I praised was Beanie and Cecil. He let me go on for awhile with a big smile on his face. I eventually learned why. I was talking to Bill Baird, the puppeteer who invented Beanie and Cecil. It was a wonderful moment.

I remember my Dad, my two brothers and I getting up early each Saturday morning to watch our favorite Hanna-Barbera cartoons like Speed Buggy, Scooby Doo, Dinomutt, The Wacky Races, Tom and Jerry and more while our Mom slept in! My Speed Buggy lunch box was a prized possession of mine as a child! Then much later, as a parent myself, I have enjoyed watching and re-watching so many animated cartoons on Nickelodeon, PBS Kids and Disney Channel like Rug Rats, Sponge Bob and Dragon Tales with our two daughters! Our oldest daughter, Meredith, has always been a big Betty Boop fan! She had a Betty Boop lunchbox and all kinds of Betty Boop clothes. When we made a trip to Universal Studios Theme Park in Orlando, Florida many years ago, the first thing she wanted to do was get her photo with Betty Boop! 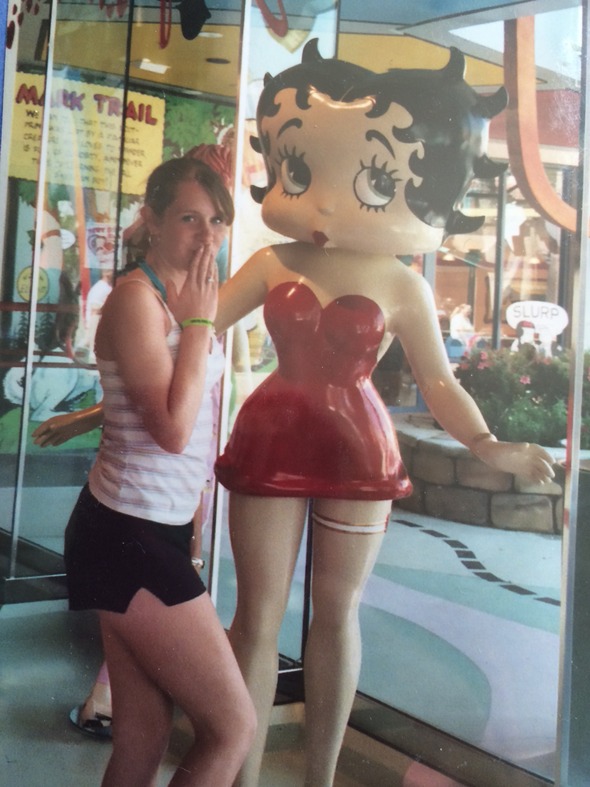 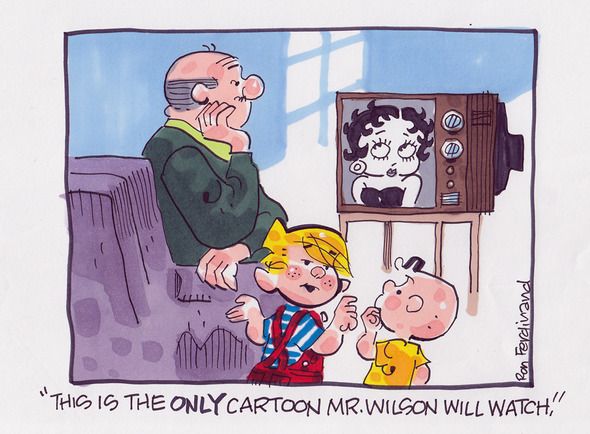