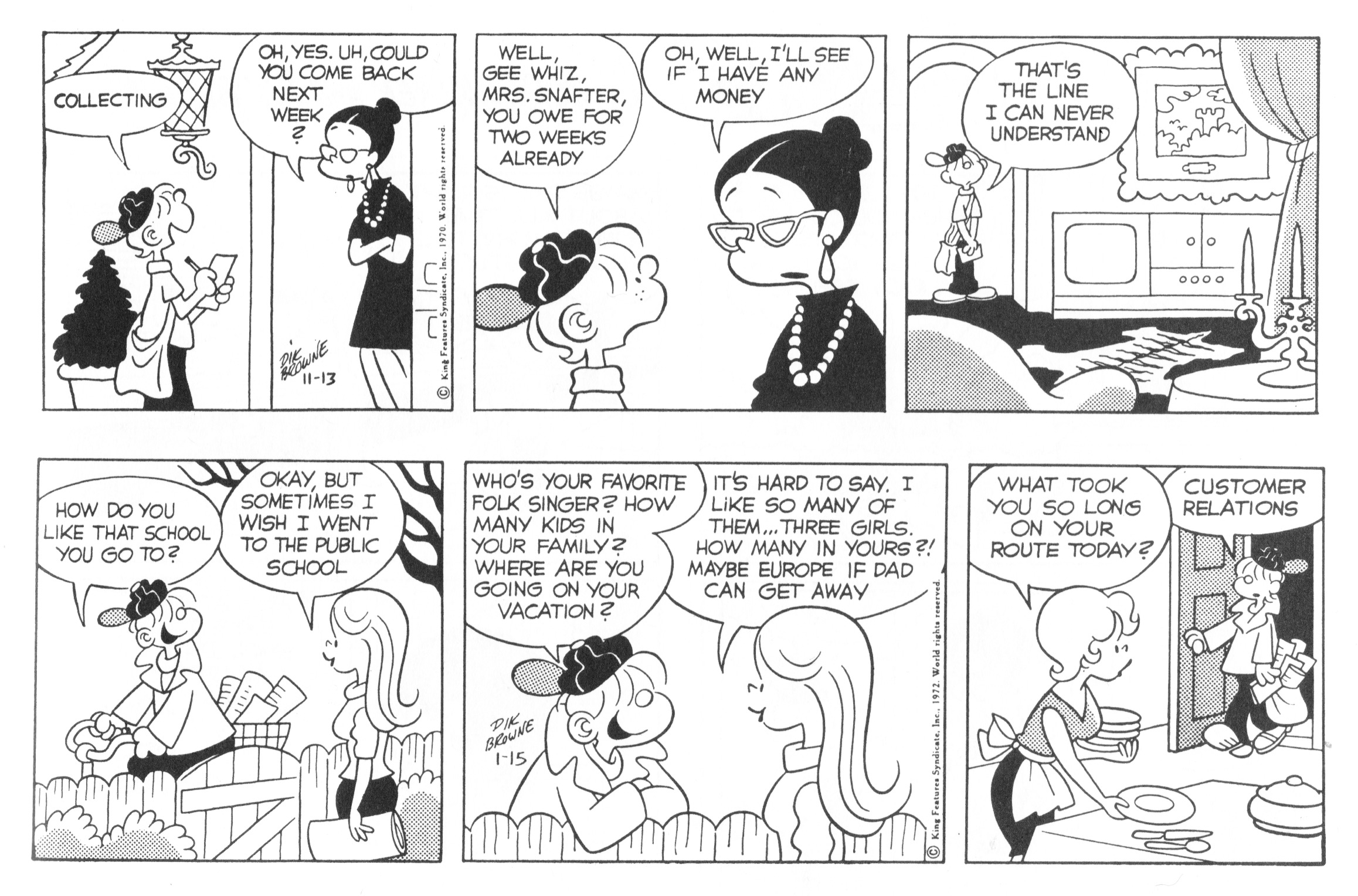 Chip Flagston had a job delivering newspapers from 1970 to 1975. Here are two strips from this period that show him on his route.

Customer relations was obviously one of Chip’s skills, particularly if one of them was a pretty girl. He was definitely growing up.

After a few years working as a paper boy, Chip started to get a little disillusioned. Being outdone by a paper girl didn’t help. 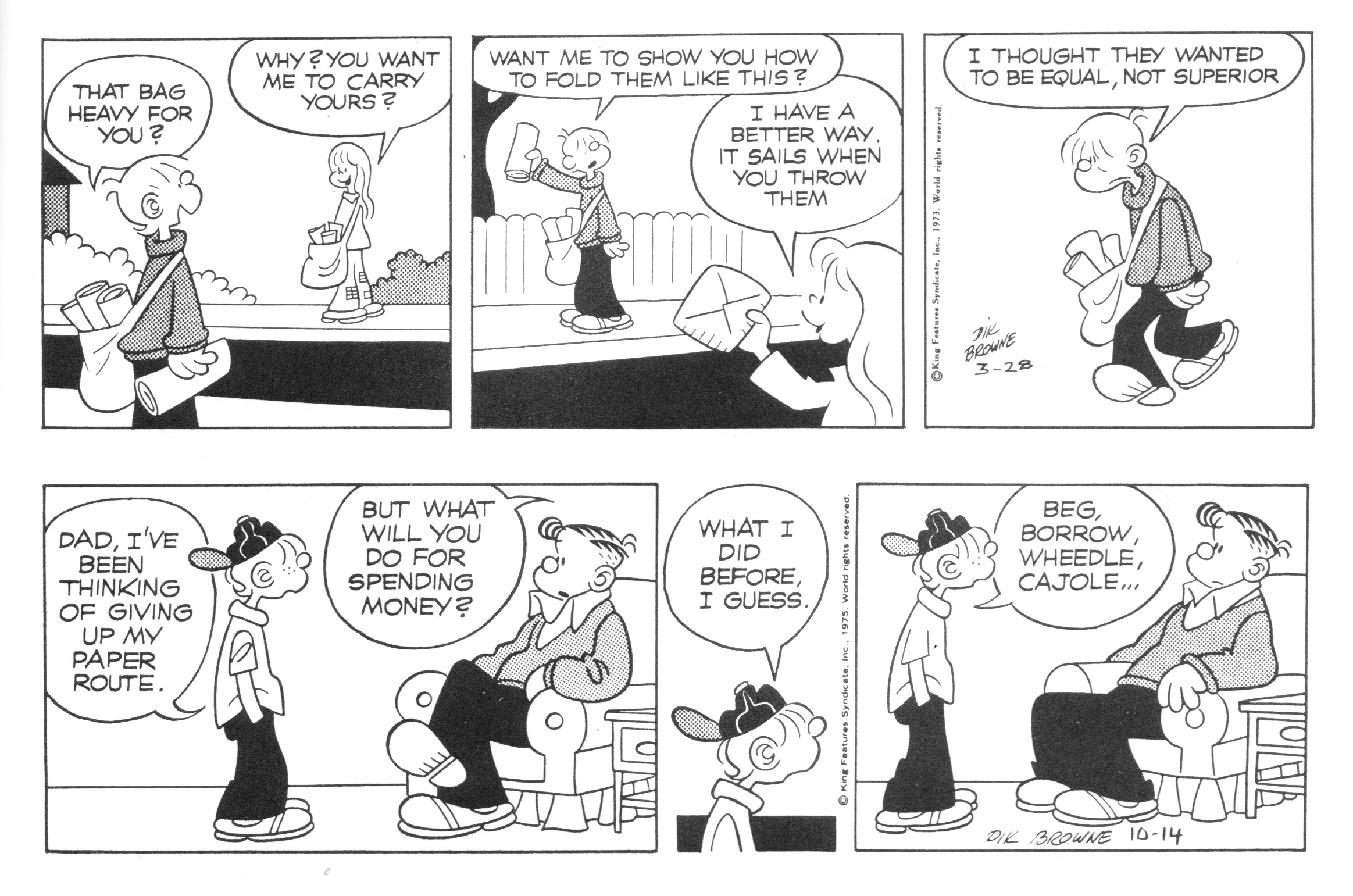 In the last strip, he admitted to his father that he was thinking of giving up his job. He wanted to get his life back to normal.

Readers enjoyed following Chip’s exploits as he learned the ways of the world.