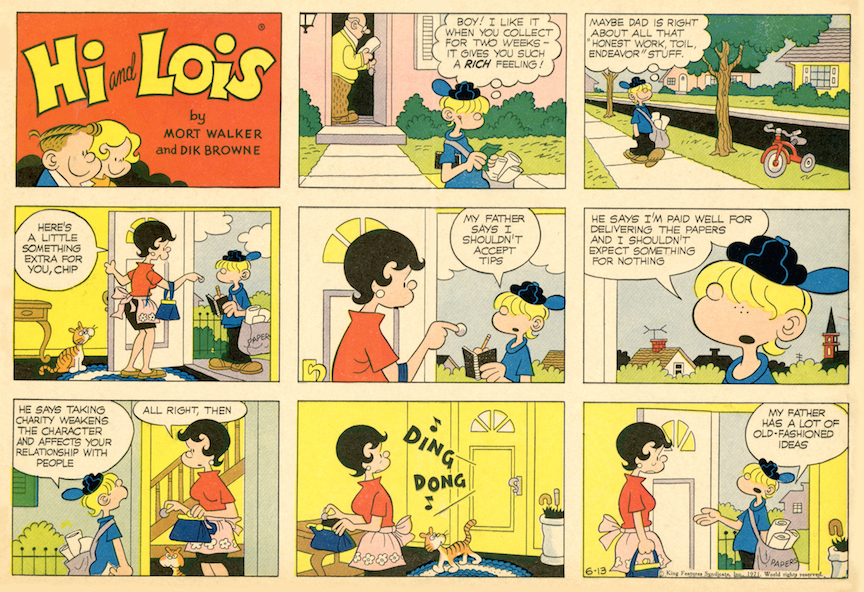 Here is a Sunday page from 1971 during a period when Chip had a job delivering newspapers.

Chip was about eight years old when Hi and Lois started in 1954. Over the next few years, he gradually evolved into a teenager and has remained about fifteen years old ever since. This change provided a fertile source for gag material.

In this episode, Chip repeats some words of wisdom that he has heard from his father. Chip is a good kid who usually does what his parents tell him to do. But in the end, money trumps obedience and he takes the tip from his customer.

Chip is maturing and developing his own system of ethics. He is not going to accept everything his father tells him at face value. The late 1960s and early 1970s was a period of youthful rebellion in America. Although Chip’s questioning of his father’s advice is relatively harmless in this situation, the seeds of change had been planted.

In the coming years, Chip would become much more independent.