Do you find yourself getting into accidents, scrapes and bruises? You’re probably just running short on safety slogans. Everyone should know a few, so in 1953 we decided the King Features stars should get some out there by way of a contest held in three cities with Hearst newspapers. The cards (48 in all) would show several KFS characters nagging kids with seemingly obvious safety messages. Each card had an individual number and, if yours was one that was picked, varying amounts of cash would come your way, depending on the newspaper. Sort of like a lottery. Today the cards are collectible, but I’m sure none will fetch the prize money they might have then. 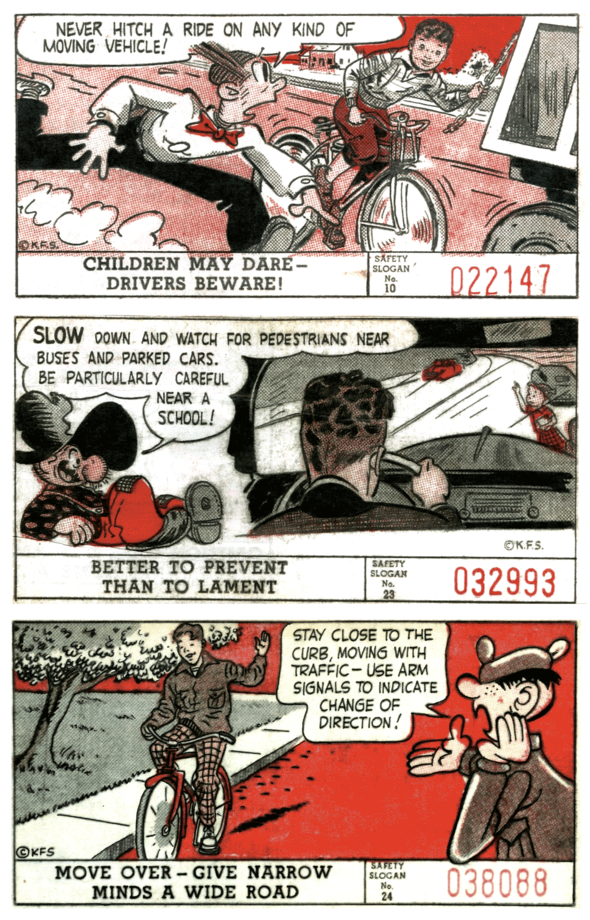 They’re drawn by an unknown bullpen artist. The writer didn’t have much feel for the characters: The Katzenjammer boys and Snuffy Smith have lost their dialects, and the usually taciturn Little King seems unusually gabby…and just where do Hans and Fritz get off telling anyone to obey rules and regulations? The nerve! 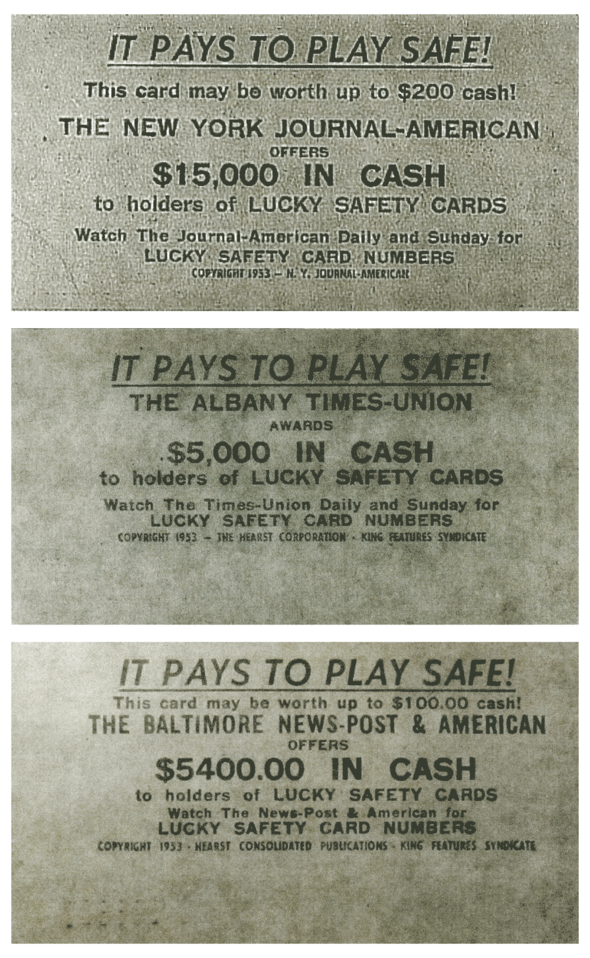 Only three newspapers participated. The Baltimore News-Post was the most generous, the Albany Times-Union, the least.  The News-Post and the New York Journal-American are gone now, but the Times-Union is still publishing. That’s only logical, since they didn’t go around wasting all their money on contests.