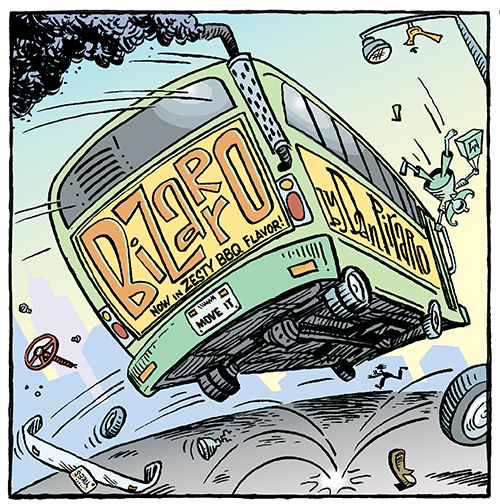 Bizarro is brought to you today by My New Offices! 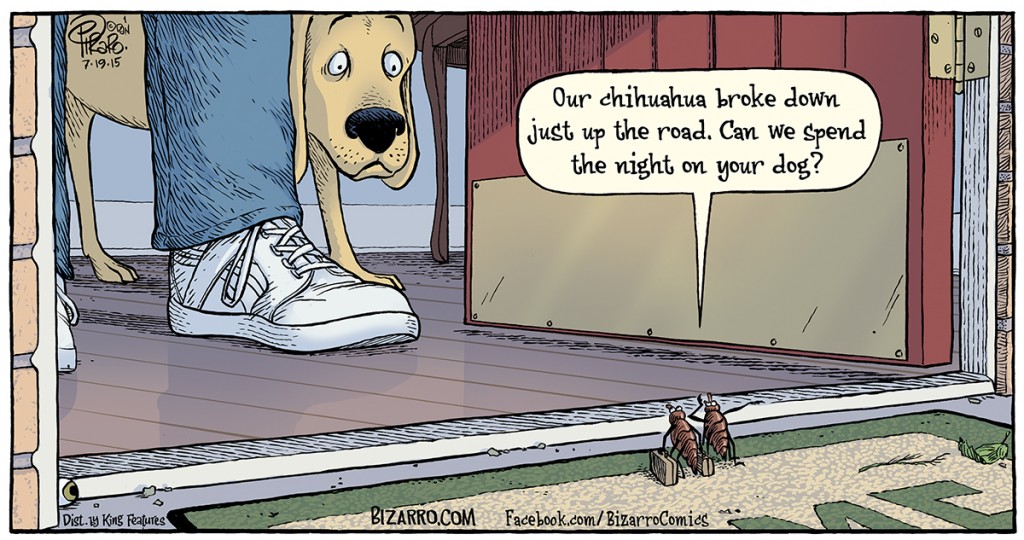 I hope you enjoy this version of the popular horror story meme wherein a traveling couple’s car breaks down and they have to ask a scary person if they can spend the night in that person’s farmhouse, castle, etc. The setup is a bit outdated now that cell phones have been invented but I suppose you could always claim there’s no reception in that area because of inherent evil or something. (Note: I put a little extra work on the reflection in the hardwood floors so please take a moment to enjoy that.) 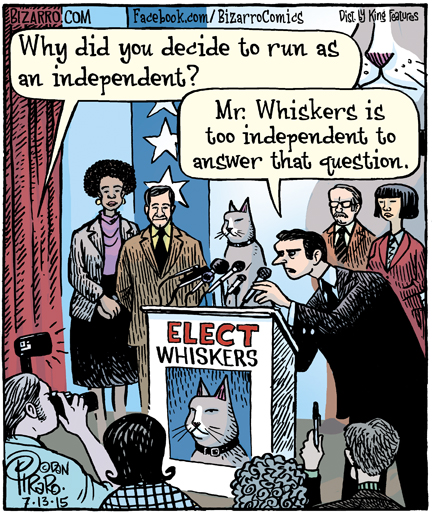 I’m sure one or more cats are actually running for president next year but I suspect that, as usual, The Man won’t let them on the ballot. This is entirely because cats cannot be bought by corporations. 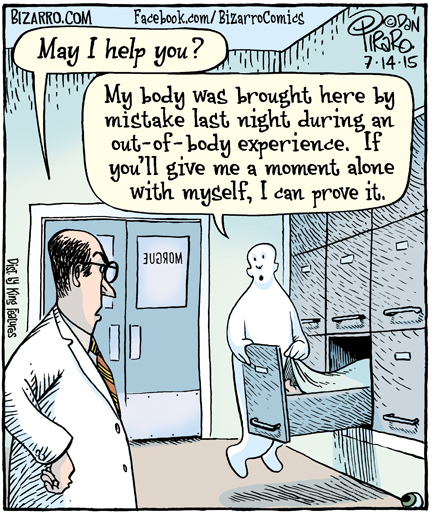 I have out-of-body experiences every single day, but it’s always involving other people’s bodies. Something to think about. 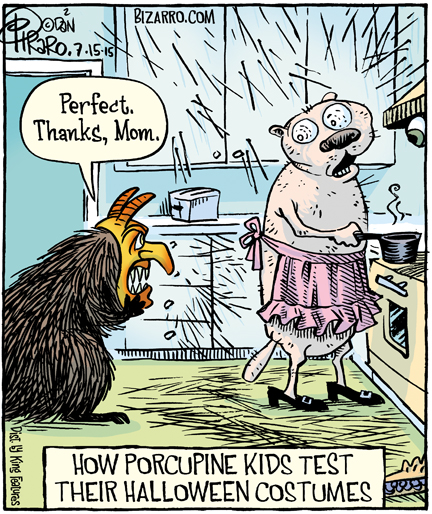 I’ve always thought the coolest thing about porcupines is that when threatened, they can throw their quills outward from their body. Much like our “goosebumps” or “gooseflesh,” but with consequences. 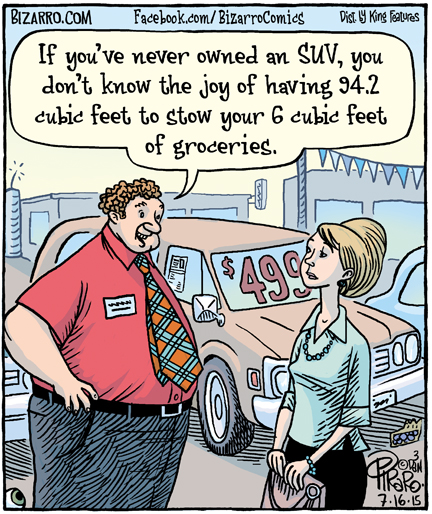 Yes, I know I have a bug up my ass about unnecessarily large vehicles and I’ve done a lot of cartoons about that. Here’s another one. The salesman is unnecessarily large, too, but that’s a whole other issue about the American industrialized food system.

One observant reader who has been riding motorcycles for around 60 years wrote to tell me the kickstands are on the wrong side of these bikes. He’s totally right and here’s why it happened: I originally drew this cartoon in reverse, with the speakers on the left and the bikers on the right, but it’s a basic tenet of humor to have your punchline as close to the end of the joke as possible. In cartoons, that is often a visual element. It’s not a big deal in this cartoon, really, but I decided after I’d drawn it, that I wanted the bikers to be the first thing the reader sees, so I reversed it on my computer. MYSTERY SOLVED!

Another reader pointed out that the biker dudes who shot each other up in Waco, Texas last month weren’t lawyers and accountants (that we know of.) That’s true, but Waco is also where the Branch Davidians had their shootout with the feds back in the 90s, so I no longer count Waco as a part of the natural world. I think they’re pumping crazy gas into the atmosphere down there.

I recently got an Instagram account and this gag occurred to me. I’ve not had colon surgery, however, and hope to avoid that particular element of life’s more expensive pleasures. Look me up under Dan Piraro on Instagram if you want to follow what I post there. It’s mostly my sketchbook images, which are very different from my cartoon work. Hope to see you there!