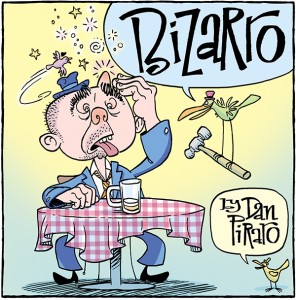 Bizarro is brought to you today by A Visit To A Town In Arkansas Called Flippin. 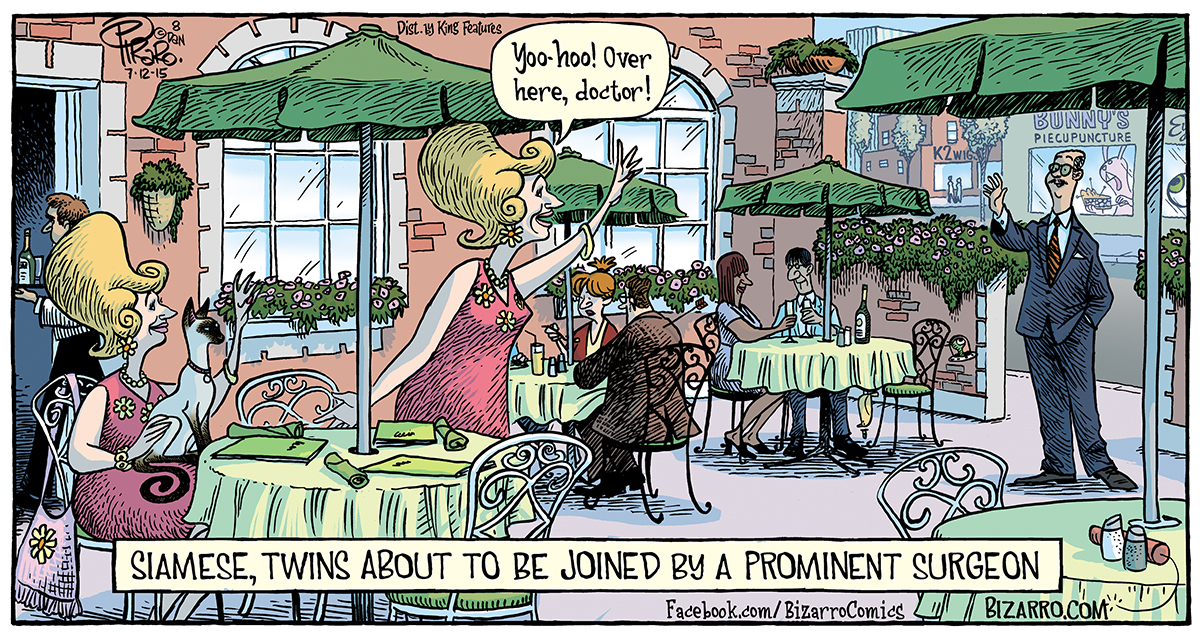 Here’s an odd bit of punctuation fun. If you’re not familiar with punctuation and have never (or rarely) used it, it’s those little dots and dashes that sometime squeeze themselves in between words or hover magically above them. In this case, the little dash after the last “E” in Siamese is called a “comma” and changes the meaning of the caption. Without it, it would not be referring to a cat, which it is, but would instead lead one to believe I had used an outdated, non-PC term for conjoined twins. Which I have not. In spite of the impression your 7th grade English teacher gave you, punctuation can be fun. 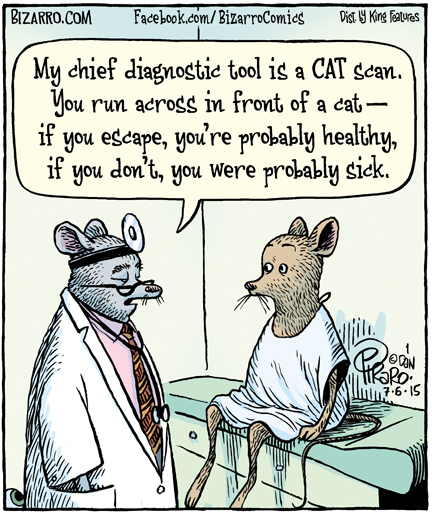 Way back last Monday I published this cartoon about mice. Part of what’s funny about it is that mice don’t wear clothes or enter the medical profession. 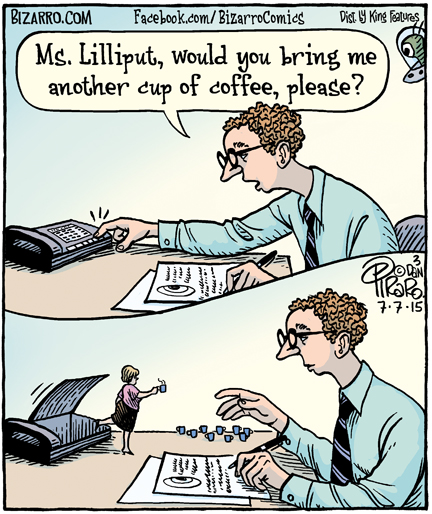 At the risk of sounding immodest, I really like this little bait-and-switch optical illusion cartoon or whatever you want to call it. I think tiny people inside of desk intercoms are funny. 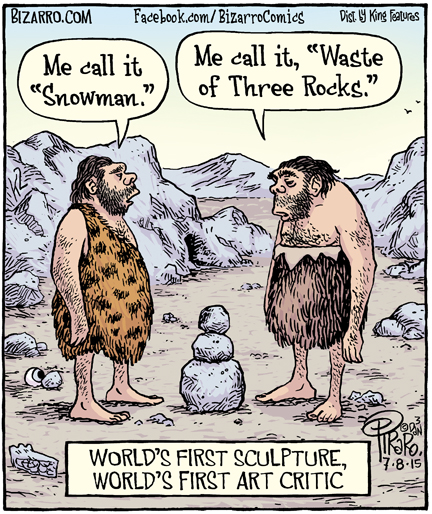 For the most part, critics have been kind to me over the years. One key, of course, is that critics don’t critique cartoonists very often. The worst thing about critics, however, is that they feel they MUST say something negative, even in a positive review, to avoid the impression that they are ass-kissing. Lousy ones do little more than trash people. 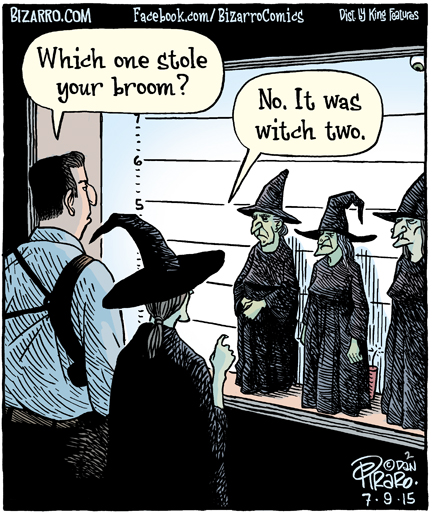 This witch/cop cartoon is another grammar-related thing, I guess. Some people think wordplay is lowbrow but I like it under certain circumstance.

If you’ve ever had a chicken bone in your throat, this cartoon needs no explanation. 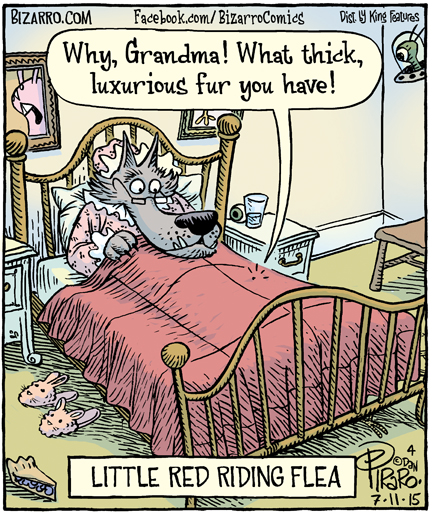 This cartoon came to me as I was thinking about the story of Little Red Riding Hood. In the original story, as I recall, the wolf eats the grandma, nearly eats LRRH, then a woodsman shows up, cuts open the wolf and pulls the grandma out of its stomach thus saving her life. I think this is a terrible story to tell children because it inaccurately teaches them that wolves do not chew their food.

If you’ve not been following me on FacadeBook or Instagram lately, you may not know that I’ve been posting pages from my sketchbooks. They’re very strange and people have been enjoying them. I’d be honored if you followed me on those pages.