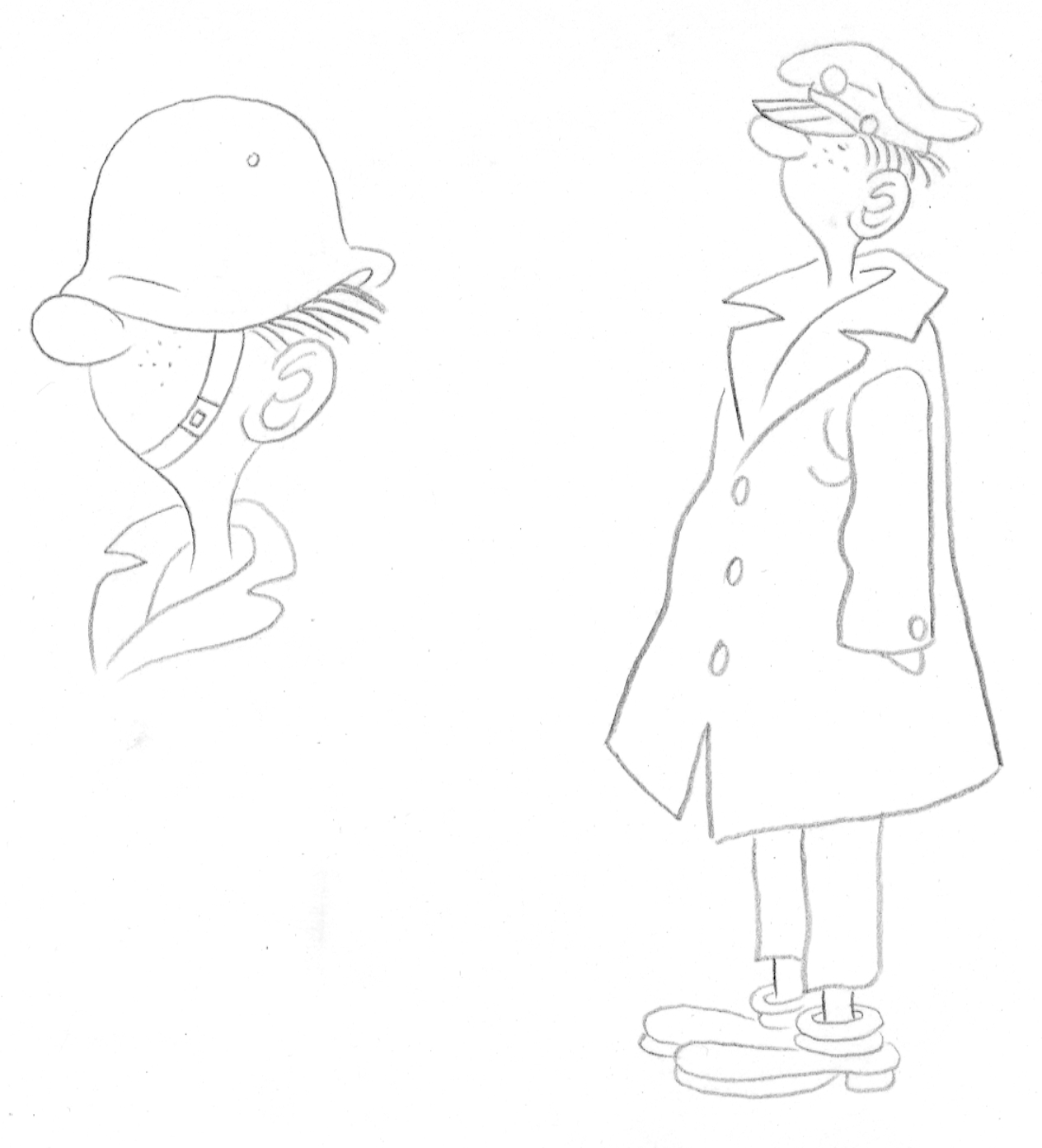 Although the Korean War was raging, Beetle did not end up in combat after he joined the army. The main theme of the strip remained relatively the same. Beetle was just as lazy and carefree as he was during his college days and a similar cast of military friends replaced his fraternity buddies. In the new environment in which Beetle now found himself, Mort Walker could use the experiences from his own four years in the army. He also had pages of sketches and drawings, plus a diary describing everyday military life.

Here are some of the first pencil sketches of Beetle in uniform. 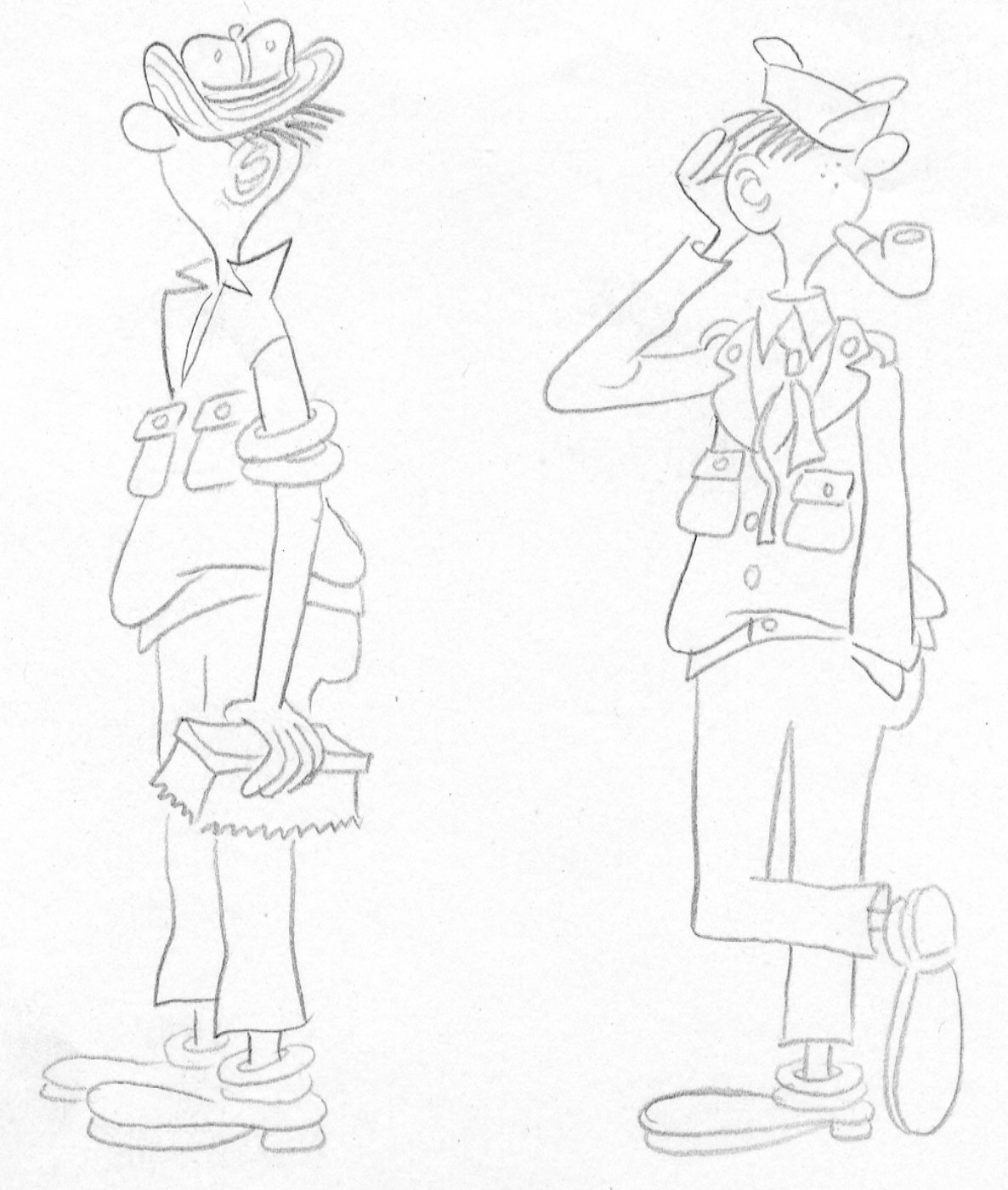 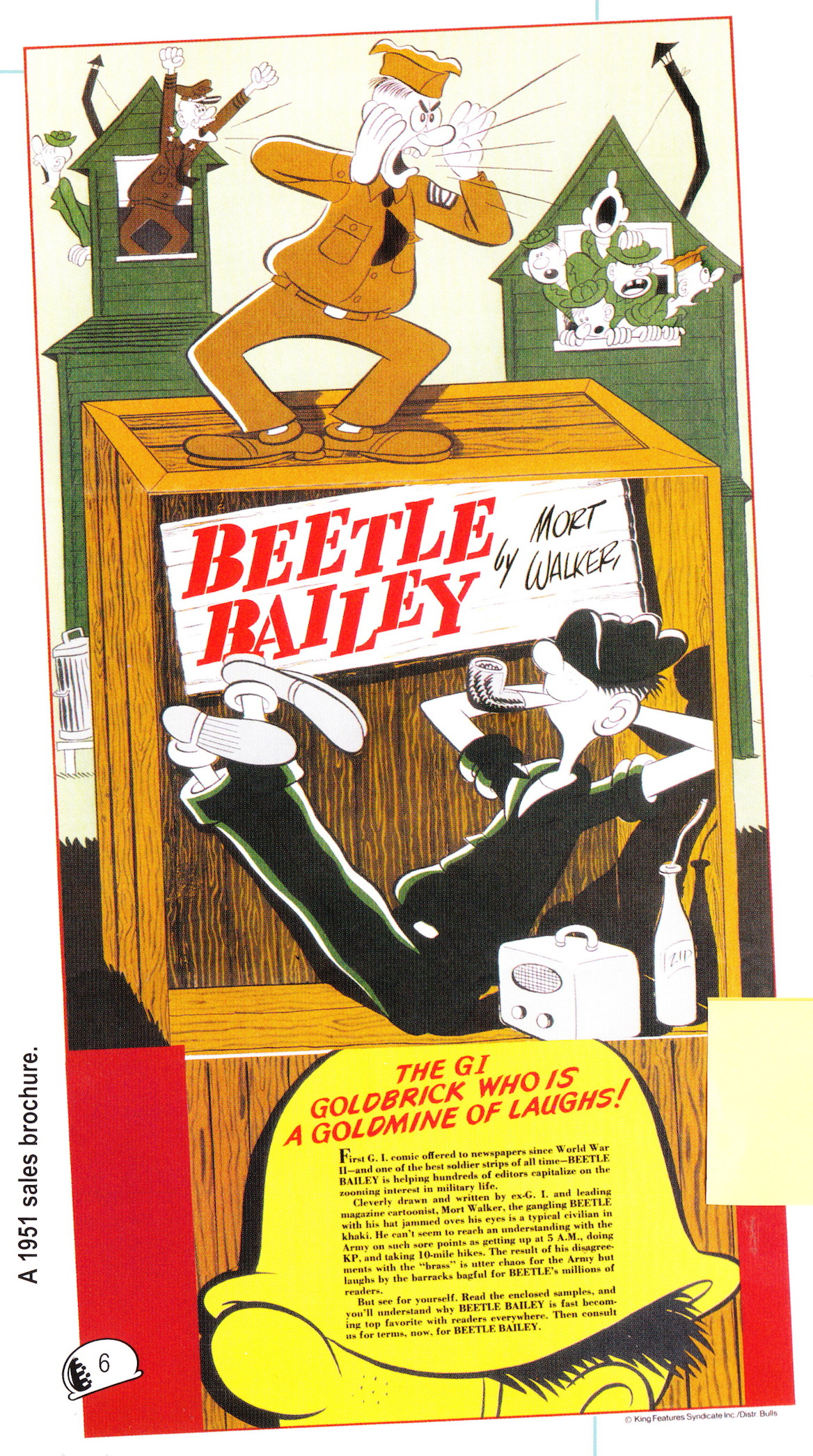 Moving Beetle from a college environment to the military turned out to be a stroke of good luck. The strip started to sell better. Mort felt more secure about his future as a successful cartoonist.

And the rest is history.