Ask A Cartoonist: I Scream, You Scream!

Happy July, all!  While it’s been a bit unseasonably pleasant here in New York, it’s the height of Ice Cream Season, so I asked all of our cartoonists to invent a flavor for them or their characters– or to tell us about their favorites!\

Some of my recurring characters are bats, so of course their favorite flavor is midge with mosquito sprinkles.

A few weeks ago ice cream came up during Autocorrect’s wedding in “Fastrack,” in the context of one of her frequent mistakes.

I often do comic strips that feature Jughaid making homemade ice cream…cranking it the old-fashioned way, of course!  If Jughaid could create his own flavor, I’m sure he’d buy every type of penny candy he could at Silas’ General Store and throw it into the ice cream maker along with all the other ingredients and make the sweetest ice cream flavor ever! He’s probably call it Jughaid’s Jug O’ Candy ice cream!

I think Dennis said it all in this panel. How do you top CHOCOLATE? 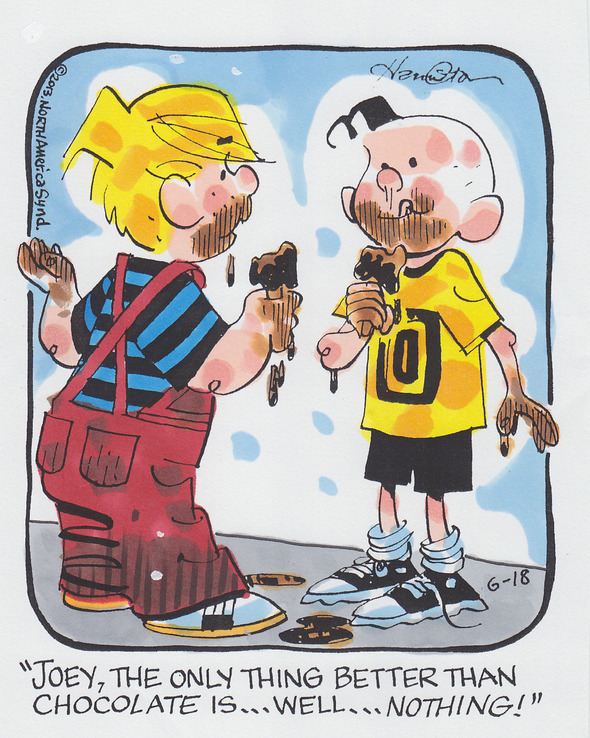