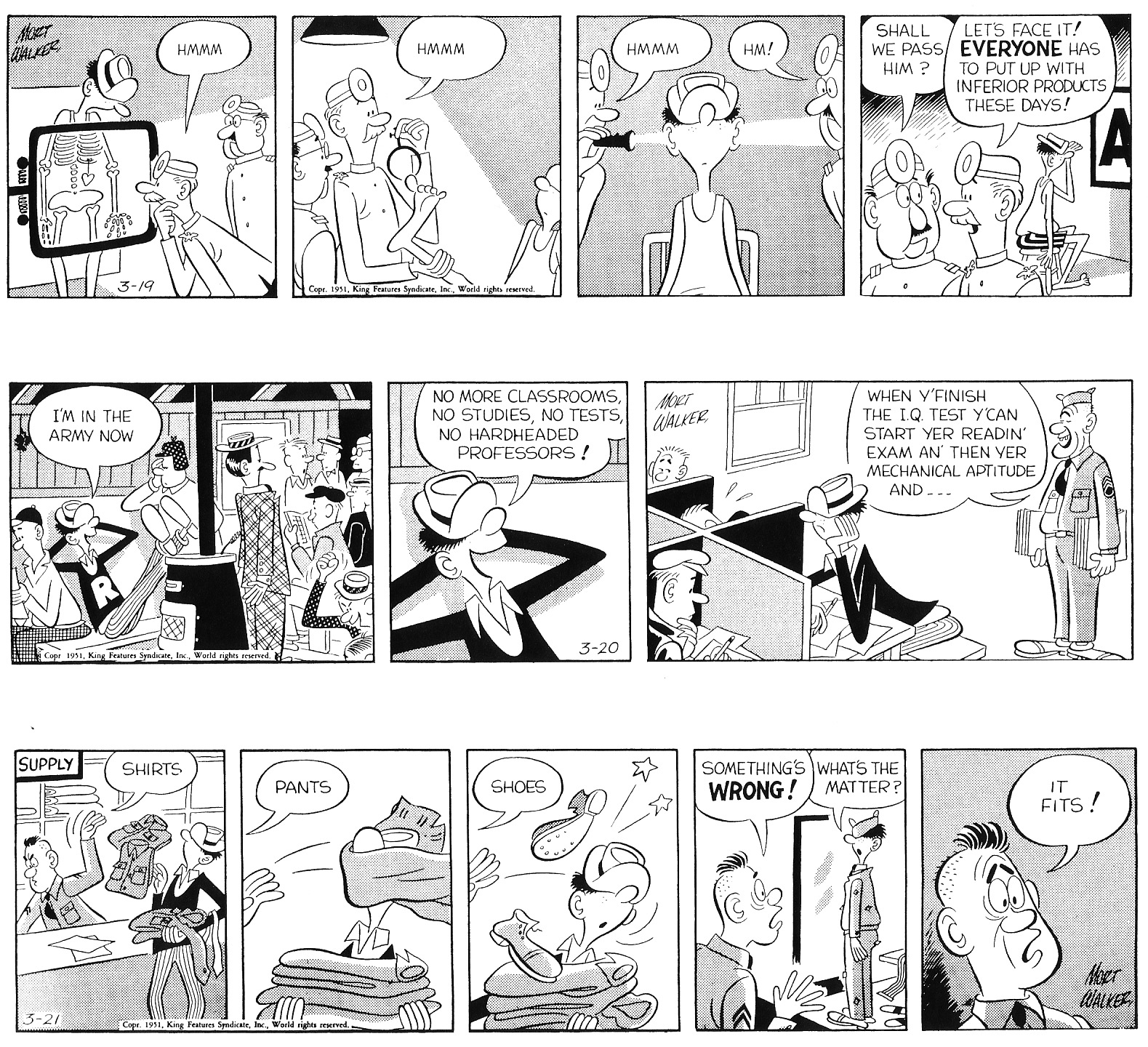 In March of 1951 Beetle Bailey found himself in the military. He had enlisted reluctantly. After being dragged into a recruiting office by his buddies, he signed the papers and was in the army for the long haul.

In Beetle’s first week in the army, he got a physical exam, took some tests and was given a uniform. 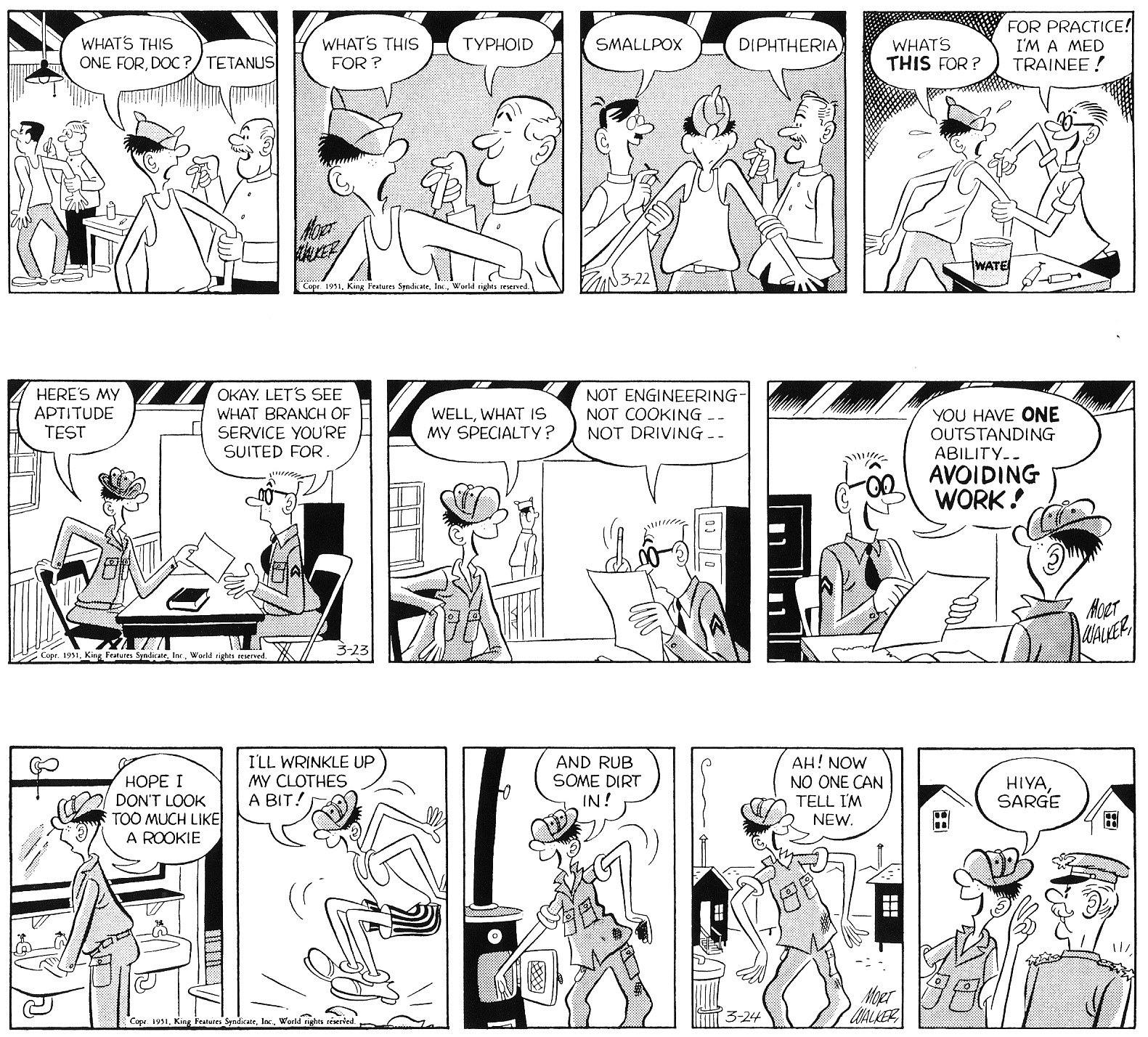 Was Beetle going to be shipped off to the war in Korea? Stay tooned.