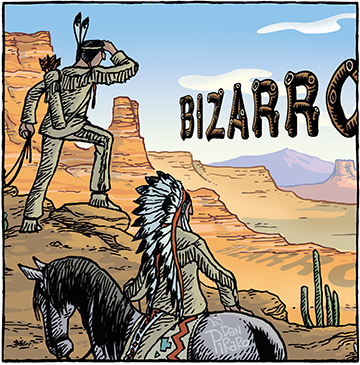 Bizarro is brought to you today by My Dad and Me in 1974. 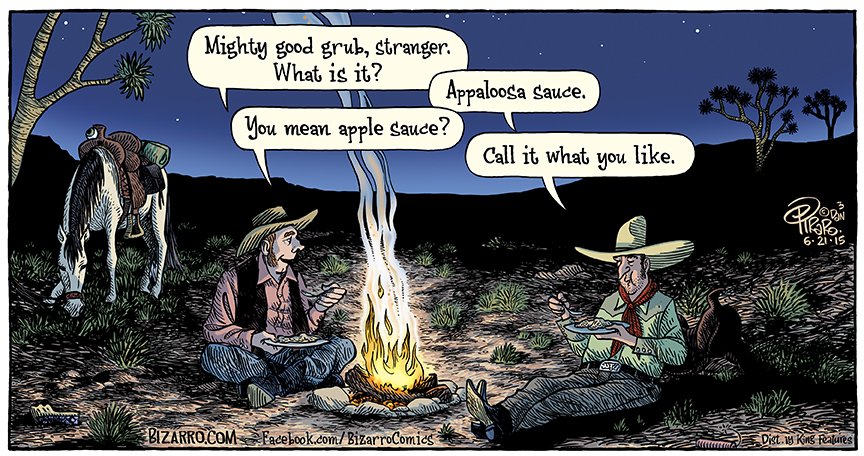 If you’re wondering what this gag is about, it may be because you don’t know that an Appaloosa is a popular breed of horse. I only know this because I watched a lot of westerns with my dad when I was a kid, which, from my perspective, makes this a good cartoon for Father’s Day. Over the years I’ve often put a “Happy Father’s Day, Dad!” message along the border of my cartoons for this day but in this case I was unaware it would be Father’s Day when this published (I’m required to submit Sunday cartoons many weeks ahead of the print date) so it didn’t happen. Doesn’t mean I don’t love you, Dad! 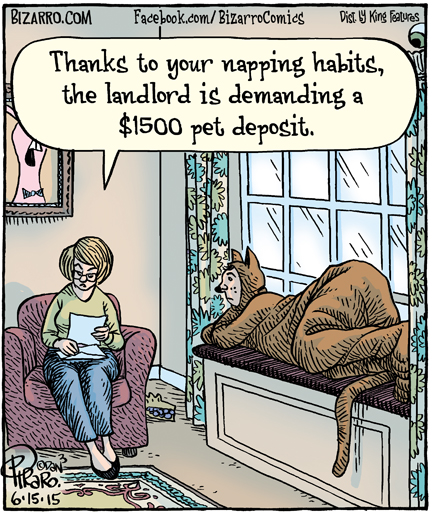 I’m not normally jealous of the lives of cats, but when I see them sleeping I often wish I could be as comfortable as they obviously are. The key is flexibility, I think, and I’ve never been a flexible person. I’ve been taking yoga a few times a week now for nearly three years and though I’ve improved a LOT, I’m still not very flexible by human standards. Just genetically cursed in that regard, I think. 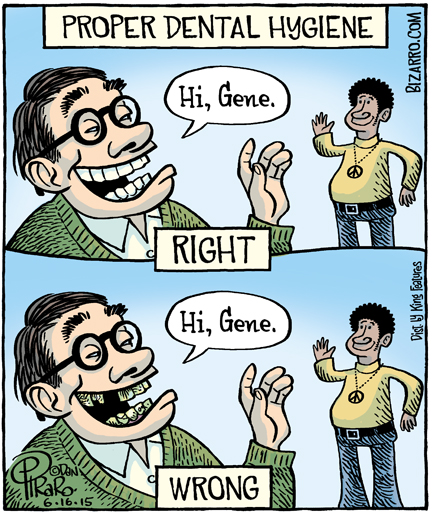 This dental one is a goofy gag and a goofy drawing but it made me chuckle so I offer it to you. Sometimes goofy is just what I need. On a side note, “Gene” seems like a terribly “white” name, doesn’t it? I’m guessing there aren’t many black men named Gene. 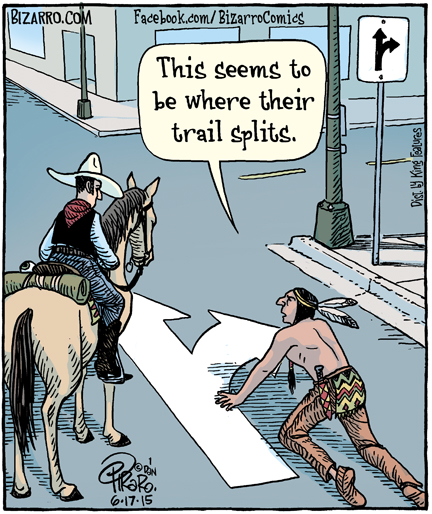 One of the things I enjoyed about the many westerns I watched as a kid was the seemingly magical ability of Indians to track people. I especially liked it when they would put their ear to the ground and tell you how many riders were coming and how close they were. What?! I’m guessing that was a Hollywood fabrication but maybe some people could actually do that, what do I know? 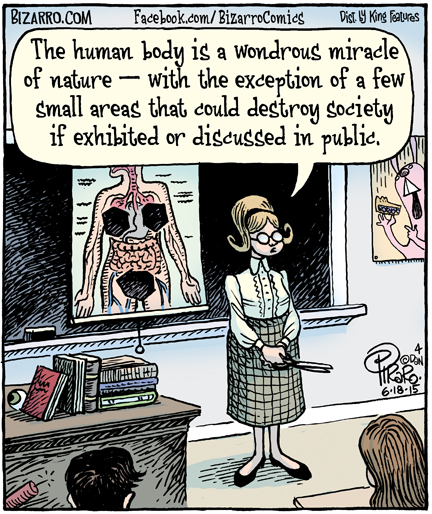 I like this gag a lot because I’ve always thought that the “official” American attitude towards sex and nudity causes a lot more problems than it solves. Having been raised in such a sexually repressive and puritanical society, I find myself uncomfortable with it, too, but that doesn’t keep me from seeing how ridiculous it is. Like author Chris Ryan, PhD., (Sex at Dawn) I suspect that the societal sexual oppression of teenage boys is what causes a lot of misogyny and abuse of women. If teenagers (of both sexes) were allowed to experiment with sex with proper birth control and disease protection, but without the negative stigma of labels like “slut” and all the antiquated religious nonsense that we’ve whipped up over the centuries, people would be better adjusted and society would be subjected to less aberrant behavior. Just my humble opinion. 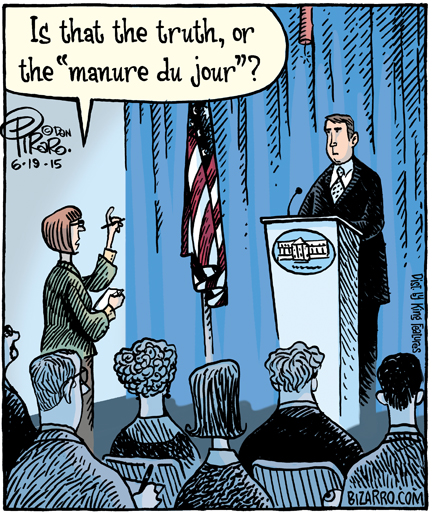 I first submitted this cartoon back in the 2000s, during W. Bush’s presidency and amid his whirlwind of lies about Iraq. My editor at that time wouldn’t let me publish it because he said I couldn’t say, in effect, that the president was full of shit, as it would lead to cancellations in conservative markets. Times have changed, however, and this time the cartoon sailed through without so much as an eyebrow twitch. I don’t know if it is because liberals are much less sensitive to derision than their conservative counterparts (which I believe is true) or if it is just a less controversial notion that all politicians lie. Back then, many Americans were on a patriotic witchhunt for anyone not supporting the war, too, so that might have been part of it. The editor who made that decision passed away some years ago so I can’t ask him. 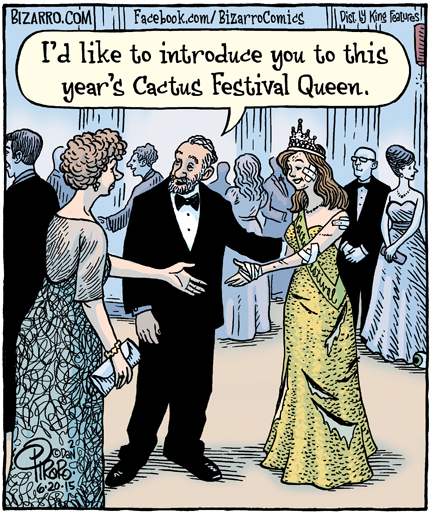 My last offering this week is this lovely festival queen. No back story here, just a little giggle.

DON’T FORGET THESE THINGS: You can get a lovely color print of any cartoon on this website by finding it in the calendar function at Bizarro.com (click “Home” at the top of this blog page), then clicking “Buy Prints” link below. Makes a classy, unusual gift.

You can sign up for email notifications each time I post a blog by putting your email addy in that space over in the right margin. It’s fun and easy and I promise not to let anyone else have your address and start sending you emails about storm windows.