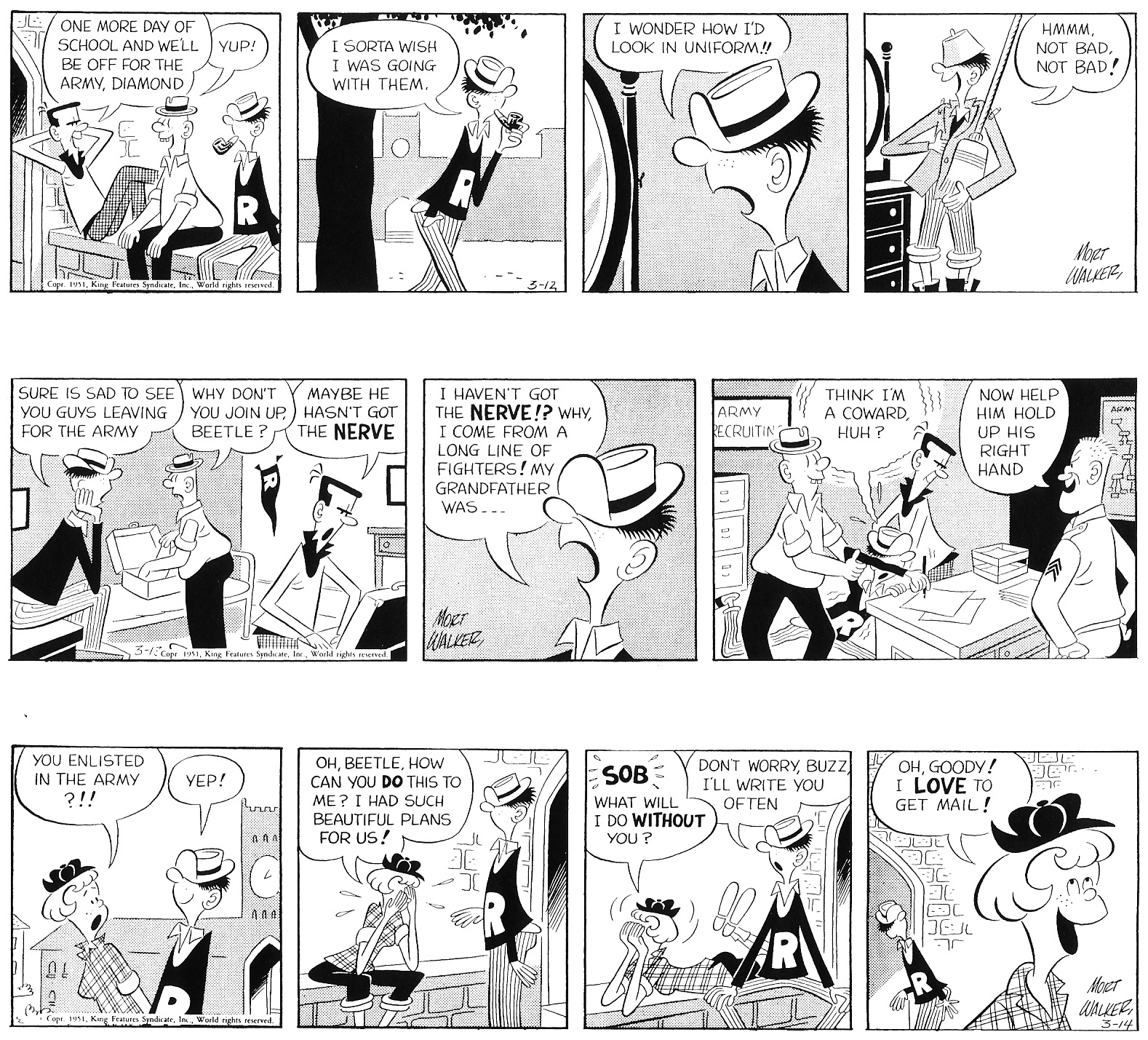 King Features Syndicate was initially opposed to the idea of Beetle Bailey joining the army, but one of their most important clients, a Philadelphia newspaper, thought it was worth trying. King Features listened, and gave in.

Here is the week from March 1951 in which Beetle enlisted. 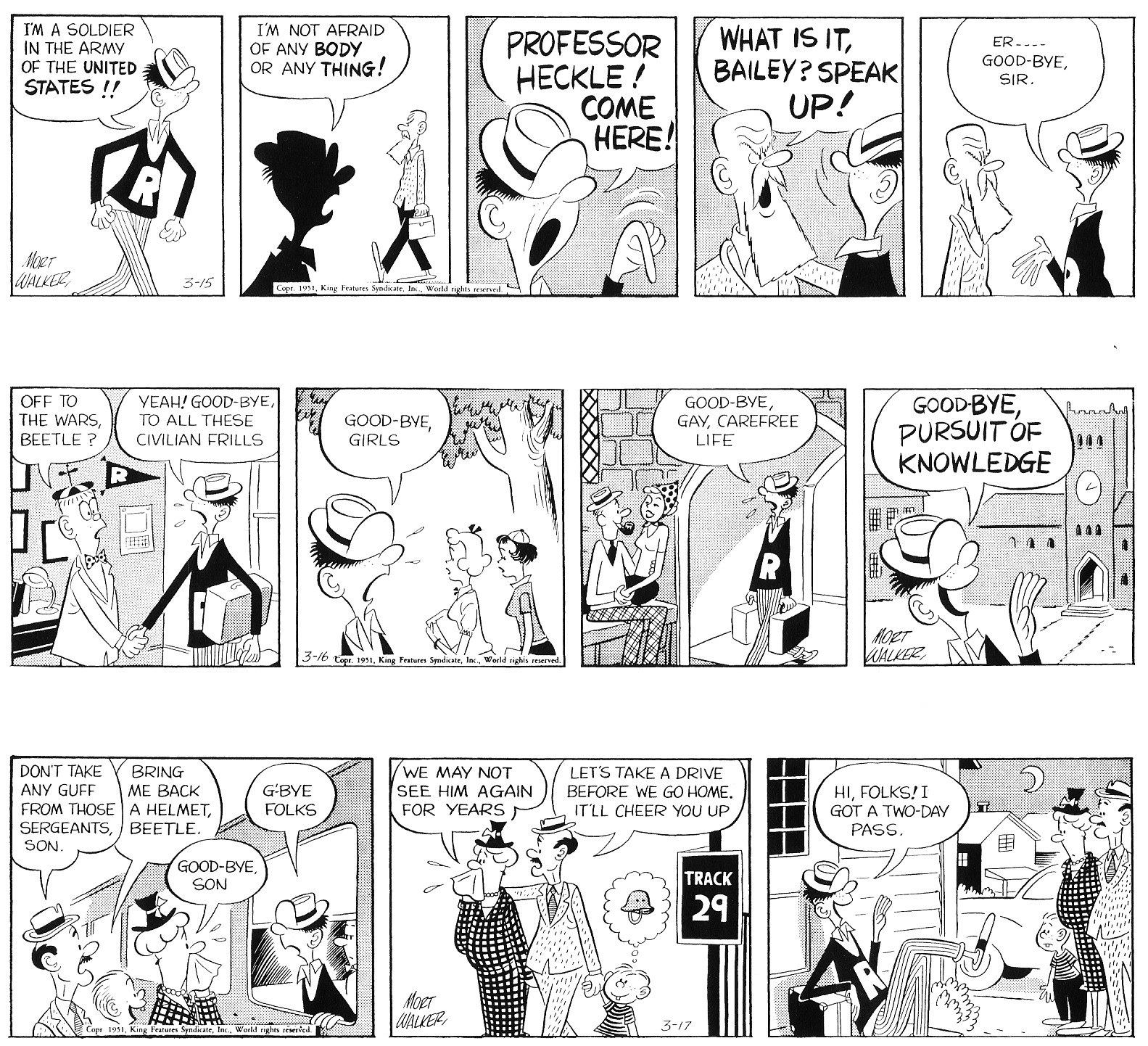 “Later I learned from my syndicate that they would have rejected the Beetle Bailey strip if, at the beginning, it had been about soldiers, and not about college life,” Mort Walker revealed.

Our next installment in this series shows what happened to Beetle after he signed up.