Ask A Cartoonist: Draw a Fish! 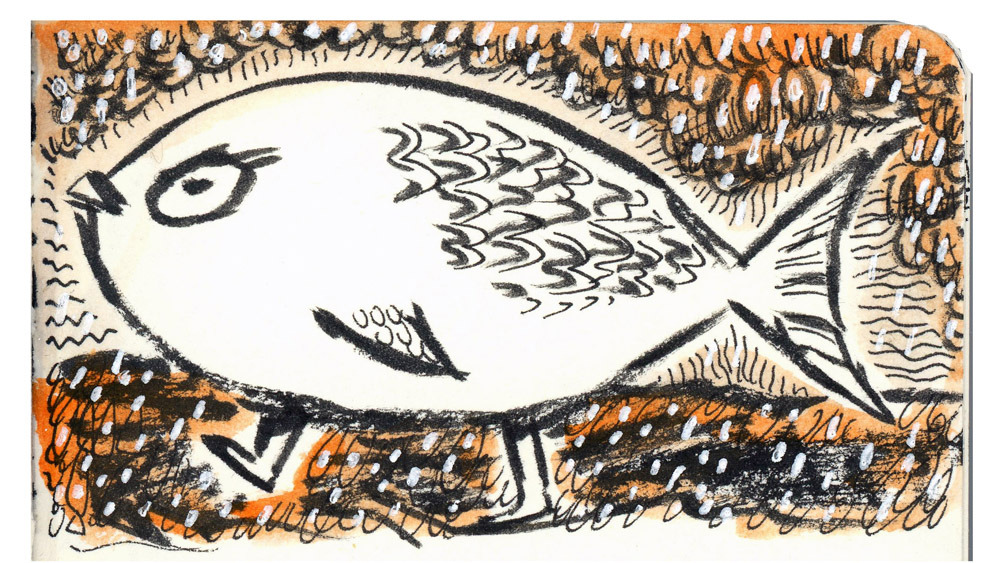 Oh boy!  I’m really excited about the Mermaid Parade in Coney Island this weekend– I’m going with a whole bunch of friends to watch the incredible costumes– so I thought I’d ask our cartoonists to send me drawings of FISH.

Sadly, I can’t broil these fish, but it was fun to take a look at them. Hope you enjoy!

I like to eat fish. But I don’t like to catch fish. It may have something to do with clubbing the squirming thing to death after ripping it off the hook. Zippy agrees with me—although he does occasionally confuse a striped bass with a Pottery Barn catalog.

I hope it can be whales – even though they are mammals?

Back when I helped with the drawing chores on “Blondie” years ago, Dean Young would call us up to do a special project for him now and then. Dean is an avid sport fisherman and, an even more avid free-diving spear fisherman. Here are two t-shirt designs I created, from Dean’s concept, for a couple of Florida Skin Divers Association spear fishing tournaments. He always liked these special projects done in the Blondie style.

Who’s up for fish tacos? 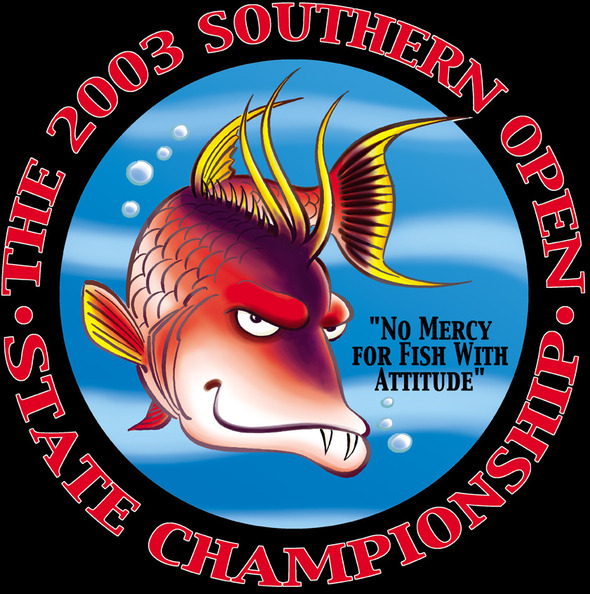 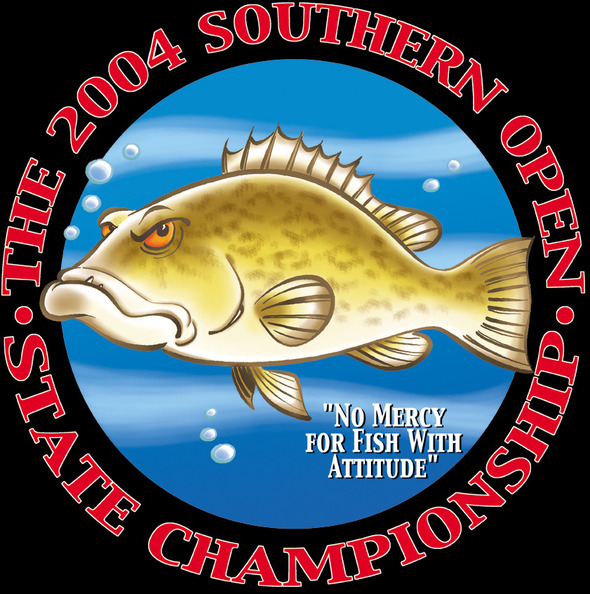 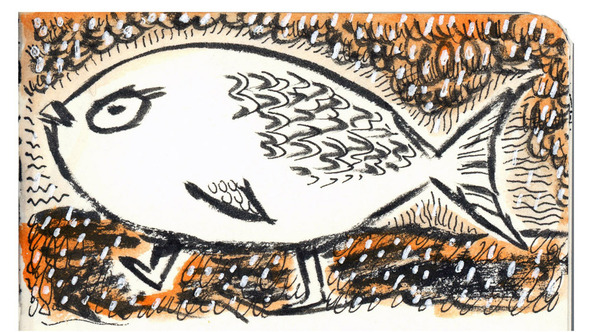 This strip ran the week of Pajama Diaries’ launch. Not sure if I like it anymore, it’s a little too on the nose. But then, I’m overly critical of all my early ones.

I kinda like colors, though. And I love the expression on the little guy’s face. 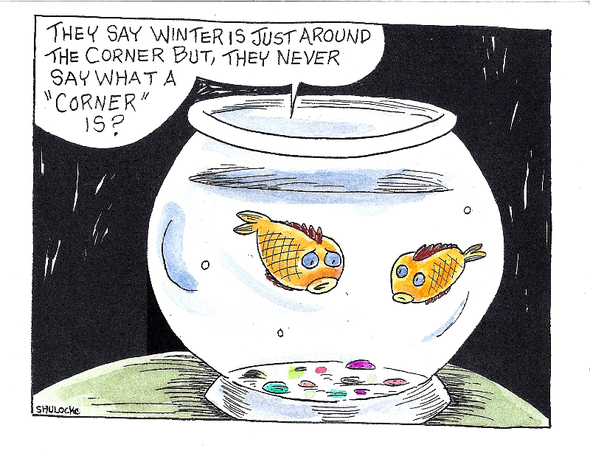 Here are a couple of my favorite fish-themed Bizarros in recent years. 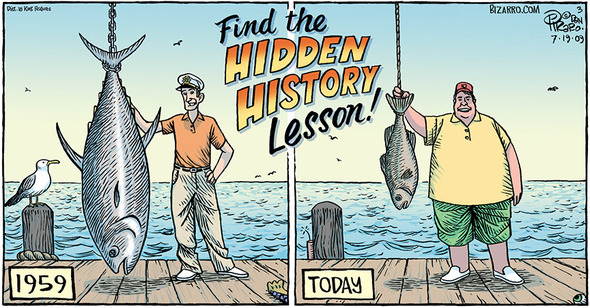 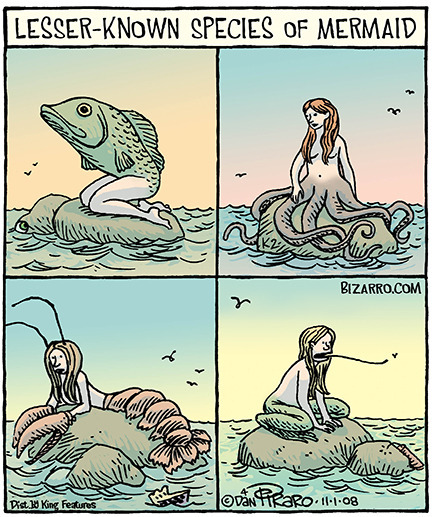 Do two half-fish equal one complete one? Here’s Fastrack’s Dethany, who uses a mermaid avatar online, and Remora from Safe Havens, who actually is aquatic. 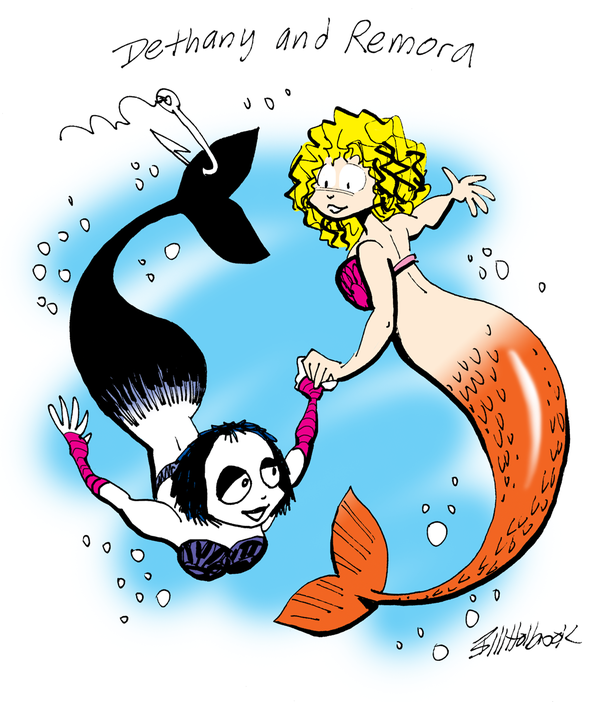 –Bill Holbrook, On the Fastrack, Safe Havens, and Kevin & Kell

Hank always used to say,”Make it look like you’re having fun drawing it, or your reader won’t have fun looking at it.” I’d say Hank followed his own advice here.

Like me, Snuffy Smith LOVES to fish!  So, consequently I draw a lot of fish in the Barney Google and Snuffy Smith comic strip.  This particular Sunday page is one of my favorite comic strips that feature fish.

There were some great looking fish in a store here in Spain.

I love drawing fish; when I doodle, it’s usually fish or dinosaurs.