In 1950, the war in Korea was heating up and many young men of Beetle’s age were called up for military service. After training they were flown to the war zone in Korea. It became apparent to Mort Walker that he couldn’t let Beetle remain in college so he suggested to King Features that Beetle enlist in the army.

On March 3, 1951, Mort did a teaser strip in which Beetle ducked into an Army recruiting center while trying to avoid an amorous female and his girlfriend Buzz.

The following week Beetle and his college buddies pondered the inevitable. 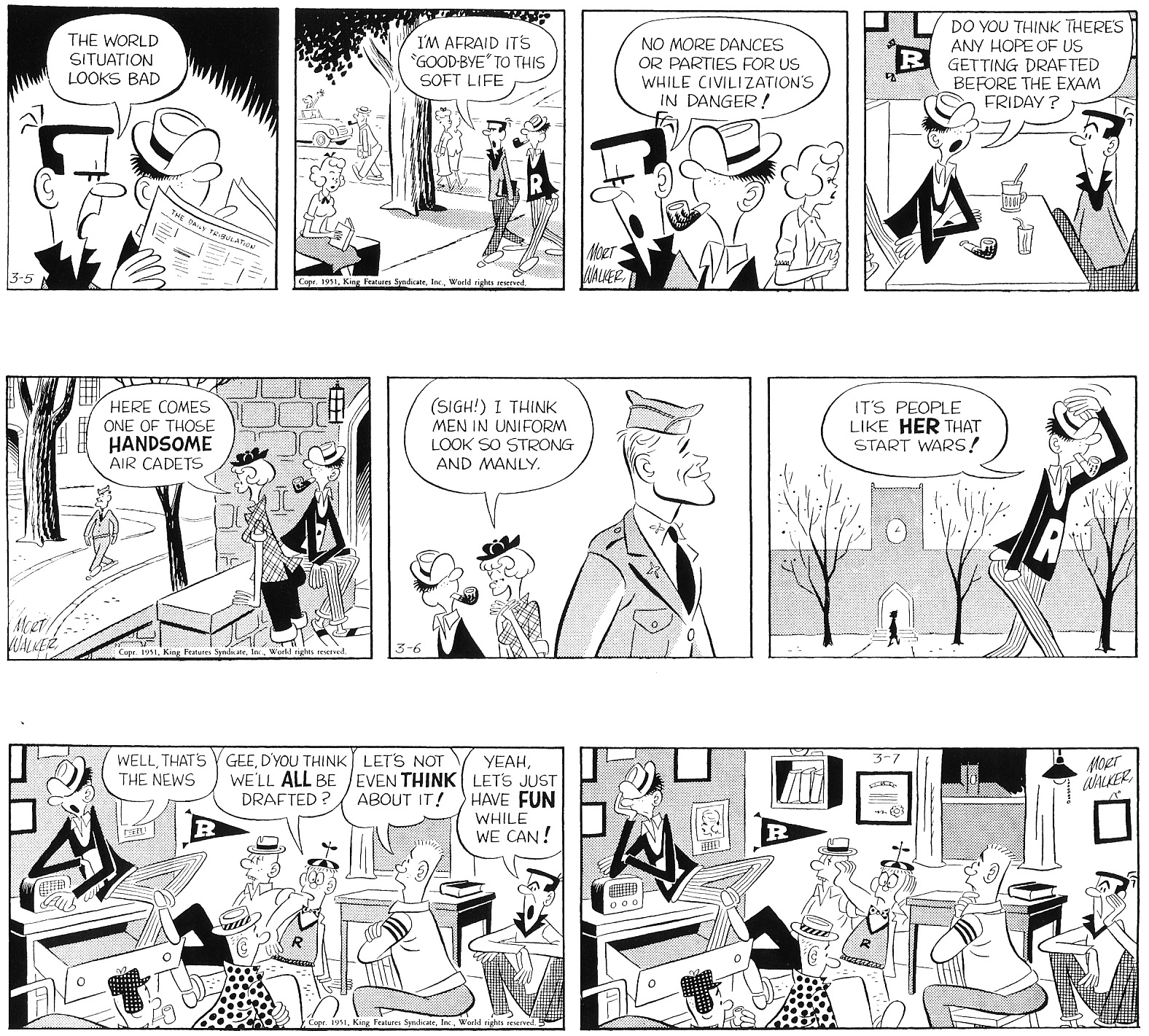 One by one, Beetle’s roommates volunteered or were drafted. 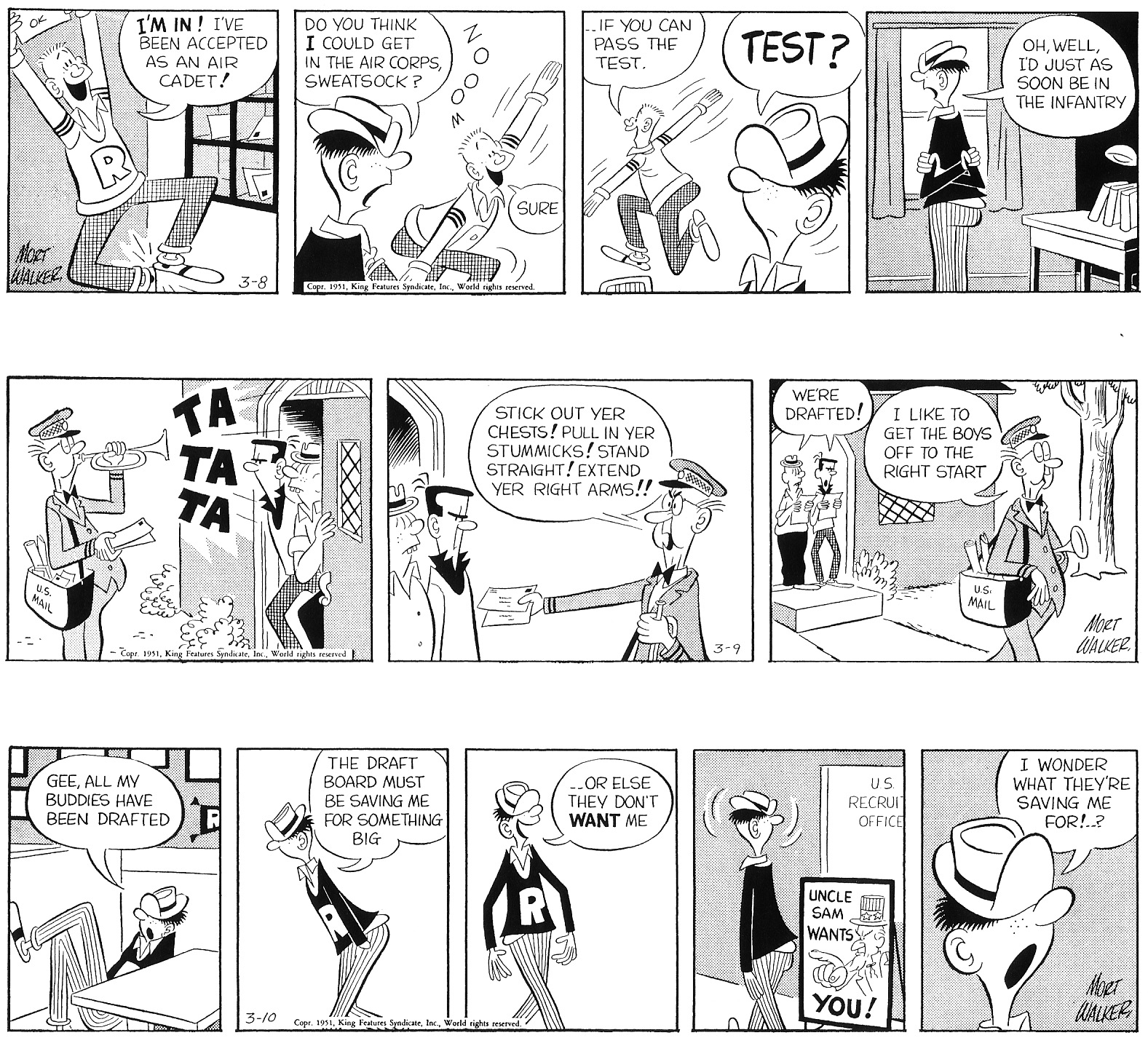 Check back to see what Beetle decides to do.