Art Outside Of Mary Worth

Over the years, Joe has done some beautiful oil paintings outside of his Mary Worth work.

When he was growing up, his father didn’t want him to become an artist.  He was worried his son wouldn’t be able to make a stable living out of it.  But the fire to create art was inside of Joe and could not be contained.  He drew all over his schoolbooks during class making his teacher scold him again and again.  Finally his principal spoke to his parents and told them, you better send Joe to art school.  So his father relented and Joe eventually went to the High School of Industrial Arts.  Years later when his father became ill, Joe wanted to do an oil painting of him.  He would visit him and steal secret looks at him to gather details.  His father would ask, “why are you looking at me like that?”  But Joe wouldn’t say.  When the painting was done, Joe gave it to his father which made him do something Joe had never seen before.  It made his father cry.

Here’s the painting that Joe did of his father Alfonso Giella:

Joe’s painting of his wife Shirley: 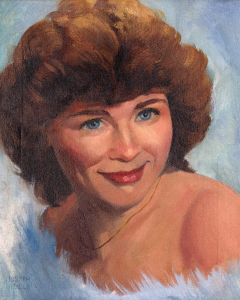 A clown painting by Joe: 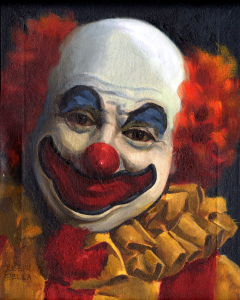 And here are some pencil drawings that I did years ago. 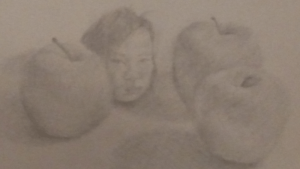 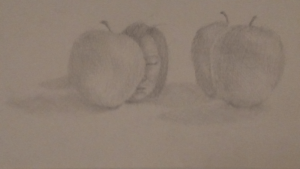 “Art is the most intense mode of individualism that the world has known.” – Oscar Wilde