Grin and Bear It? 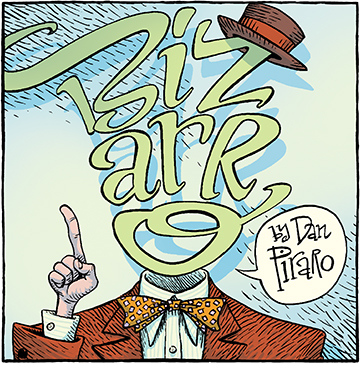 Bizarro is brought to you today by Art Supplies In The Wild. 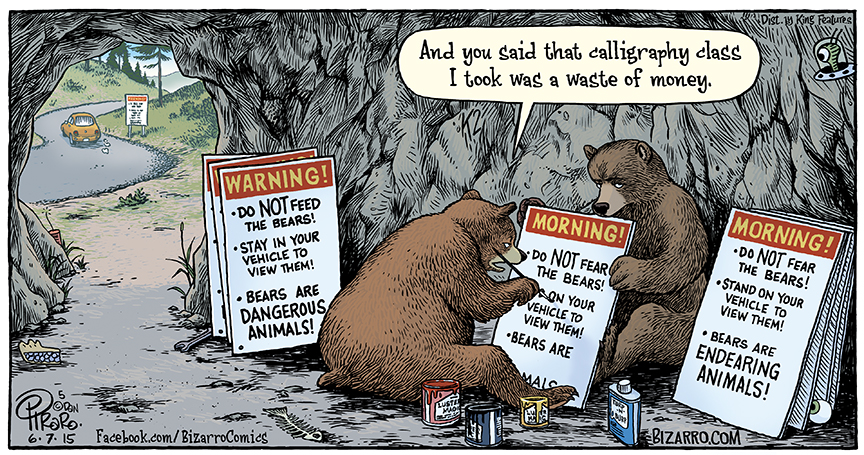 FREE on this blog!) I have created a series of special designs on T-shirts. Each is limited edition and is only on sale for two weeks. The fourth in this series (and the first one in more than one color!) is available now, for ten more days only. Grab one or more here and show your pride in being a Bizarro Jazz Pickle!

Now for this week’s cartoons, starting with today, Sunday: Bears are scary. Super smart bears with sign painting capabilities are even scarier. 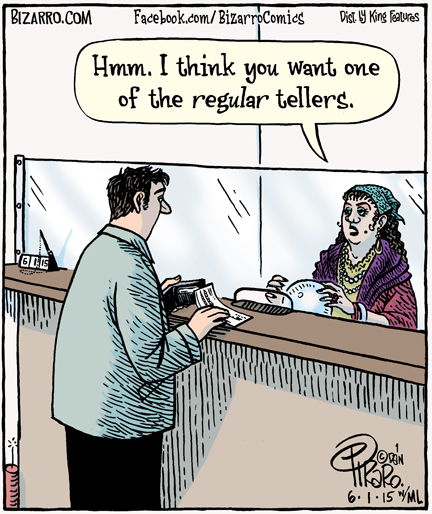 Monday: People rarely go to 3-dimensional banks anymore but if you did and there was a fortune teller behind the counter instead of a bank teller, you might find it 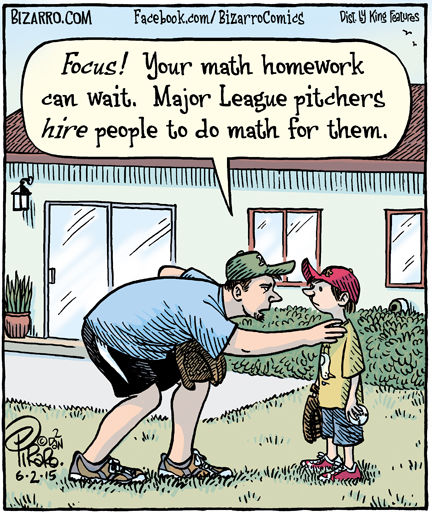 Tuesday: I have a neighbor who coaches his son in baseball in their backyard every night after dinner and though he isn’t this kind of dad, it made me think of this gag. My eldest daughter, Krapuzar, played baseball on a boy’s team when she was ten years old (because there were no girl’s teams in our area) and there were dads like this. One of them openly objected to her being allowed on the team because she didn’t have a penis. My original impression of him was that he was a dick but 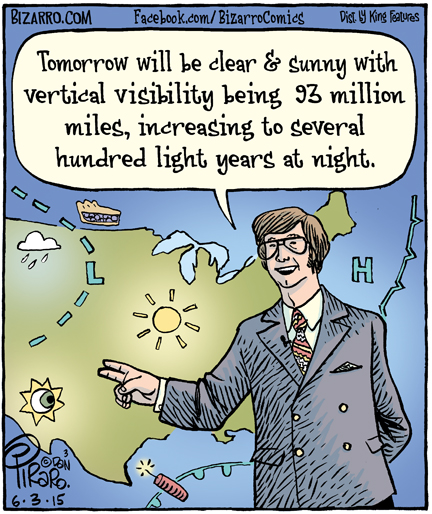 after getting to know him, I also thought he was an asshole.

Wednesday: There was a typo on my part in the published version of this gag that appeared in newspapers around the world. I put 193 million miles instead of the correct distance of the sun –– 93 million miles. I misread my map, I guess. So 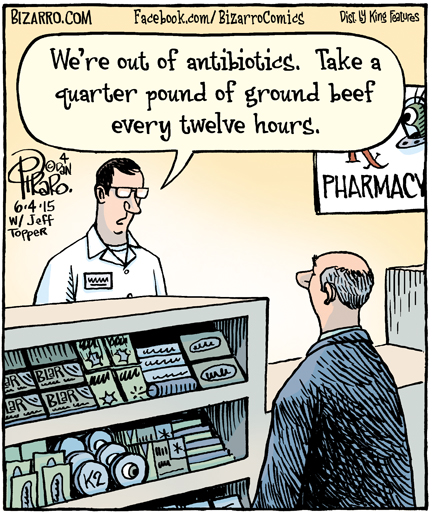 Thursday: If you haven’t heard, there are a LOT of problems with America’s industrialized food system, only one of which is antibiotics in meat. It’s a very 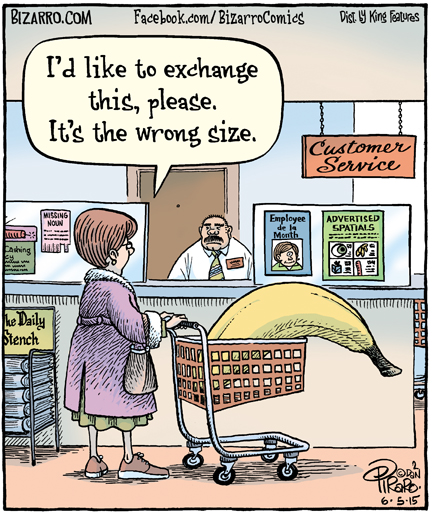 serious health threat to the human species, but in this case it’s a little amusing.

Friday: Don’t you hate it when something is the wrong size and you have to 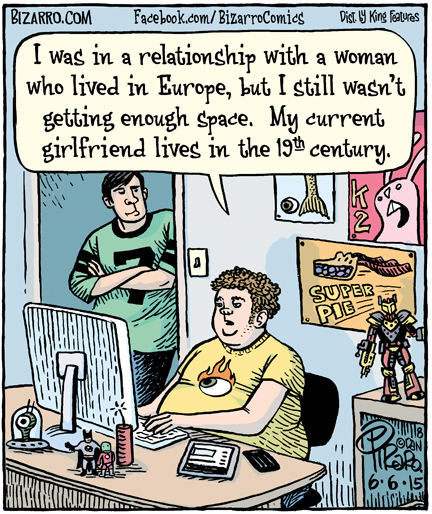 Saturday: There’s no simple answer why I wrote this gag about a nerd and his girlfriend. I just thought it was funny that he thinks he’s dating someone from another century. That seems like something a certain kind of nerd would find appealing.

That’s it for this week. Please do consider snagging a T-shirt from me, it really does help keep the lights on at Bizarro International Headquarters since most people read my work on the Interwebs for free. :^}