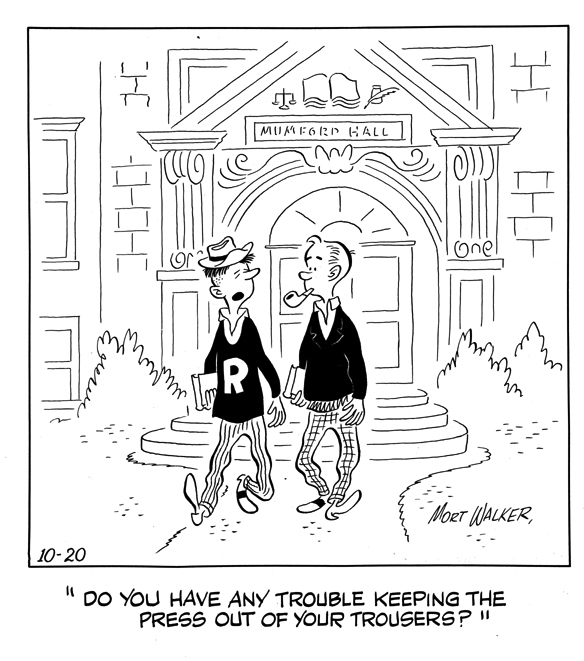 Mort Walker drew a college student with a hat in some of the cartoons that he sold to the Saturday Evening Post in the late 1940s.

The SAP editor, John Bailey, liked the character and suggested to Mort that he develop a regular feature for the kid. These are Mort’s first design sketches of “Spider” from 1949. The one at the top center was the one he chose to use. 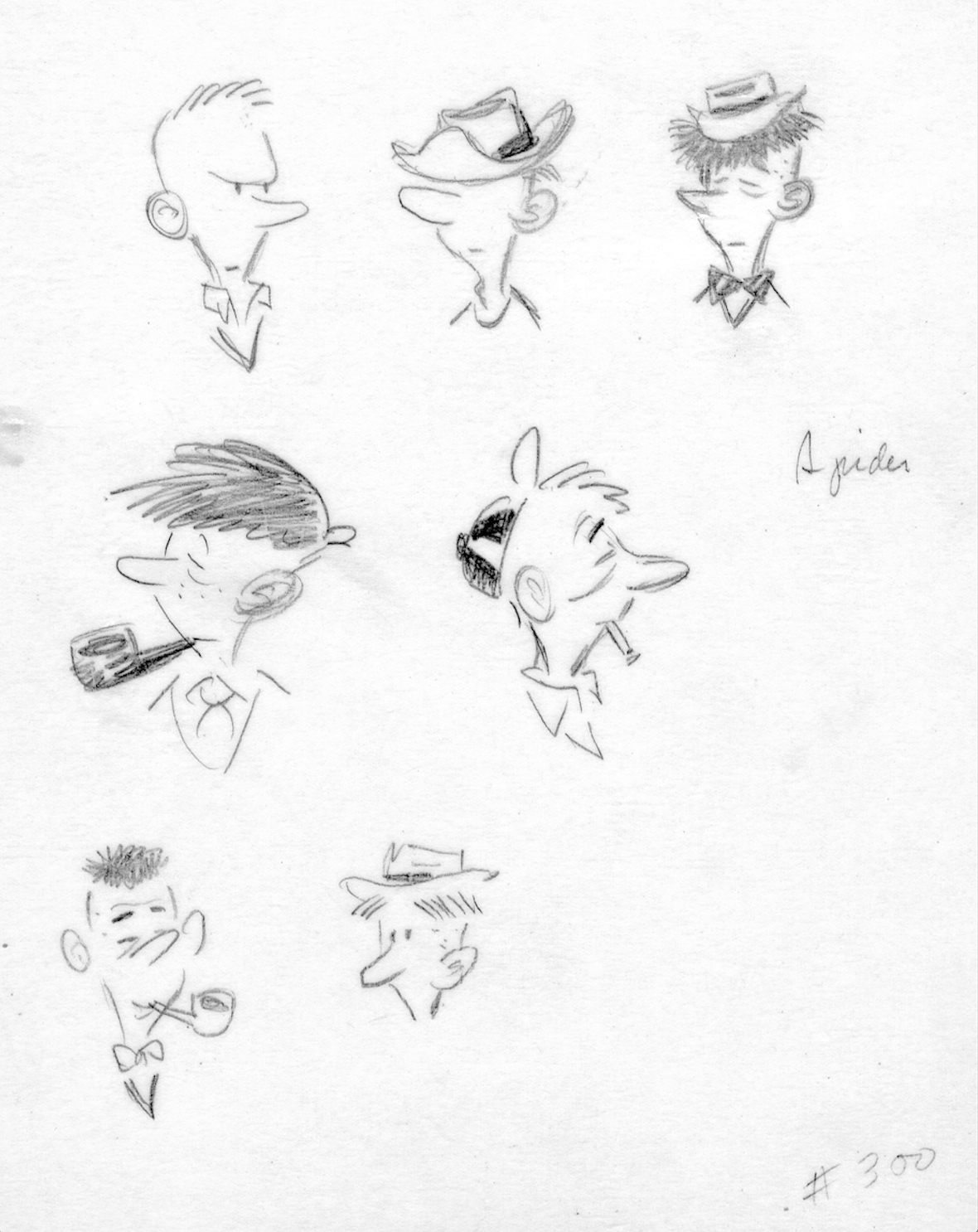 The SAP never did the feature but Mort decided to develop a comic strip starring Spider and submit it to the syndicates. In 1950 he did some more Spider sketches as the character evolved into the way he would appear in the strip. 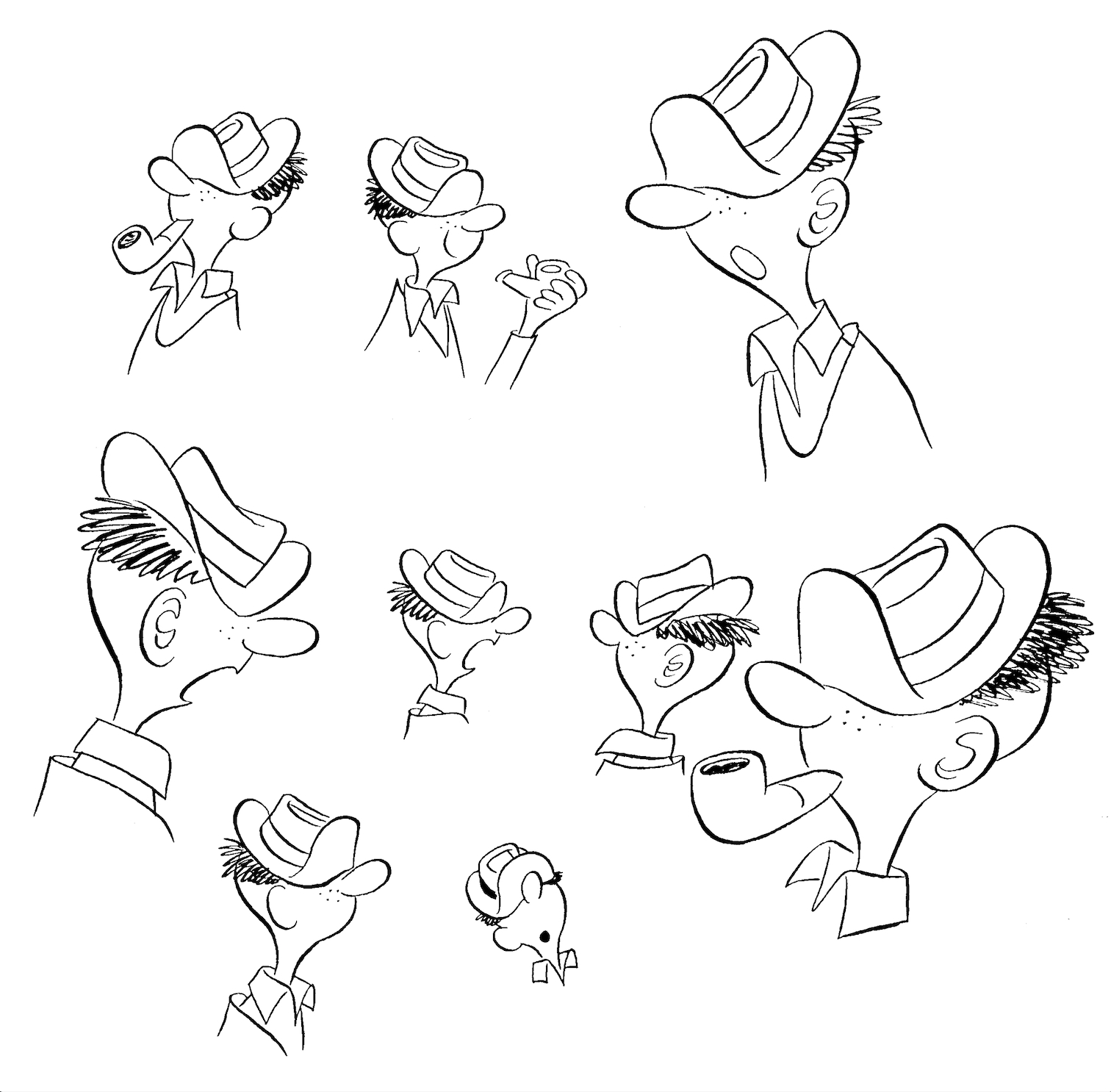 When Mort sold his idea to King Features, he was told there was another strip (Big Ben Bolt by John Cullen Murphy) that had a character named Spider. He changed it to “Beetle” and gave him the last name “Bailey” as as tribute to his SAP cartoon editor.

“One other thing we decided was to never show Beetle’s eyes,” Mort explained. “The hat down on the nose – in bed, bath, or church – was to be a trademark. One of the strips I’d done as a sample showed Beetle’s eyes and was killed; I’ve never had him hatless since.”

If Beetle does lose his hat, another hat appears beneath it. When readers ask what Beetle’s eyes look like, Mort draws two dots.

Stay tooned for more on the history of Beetle Bailey.