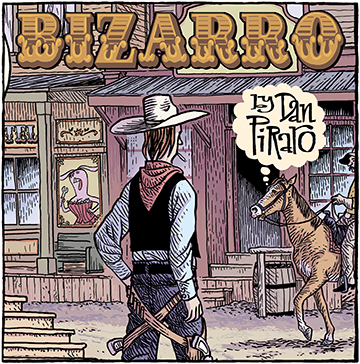 Bizarro is brought to you today by Creepy Love.

Just got back from a weekend in San Francisco, a city that Olive Oyl and I dearly love and would live in if it weren’t for the weather. Unless the sun is shining, I’m genetically programmed to be a serial killer, so I try to live where my neighbors and loved ones will be safe.

Here are the cartoons that ended the month of May for 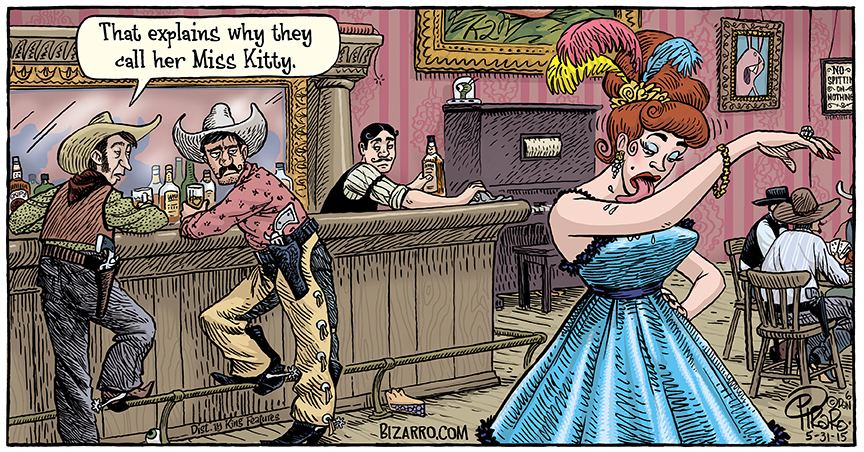 Bizarro. For the unaware, one of the longest-running TV shows in American history was a western called Gunsmoke (1955-1975), and a main character in the show was a saloon gal named Miss Kitty. In reality she would’ve been a prostitute, but they never mentioned that in the show. My grandfather saw every episode and I watched many of them with him when I was a kid in the ’60s. I have since wondered from time to time why “Cat” and “Kitty” are fairly common names but “Dog” and “Puppy” never caught on. 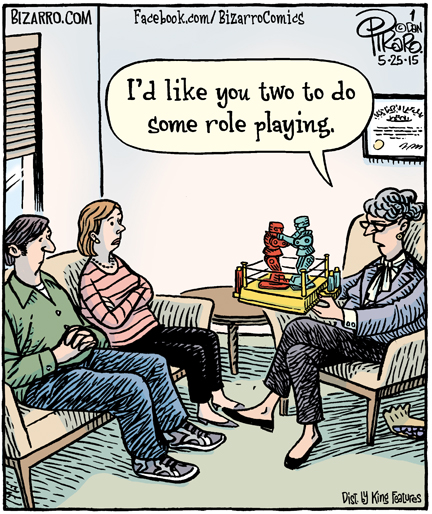 Earlier in the week I did some other cartoons that looked exactly like the ones posted here. Ever been to couples counselling? Sometimes it’s a bit like the old Rock’em Sock’em Robots toy. I loved that toy. Couple counselling, not as much. 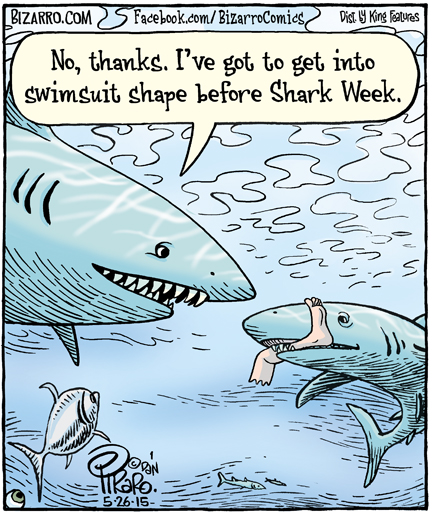 Shark week is a popular TV thing on one of the cable channels but I have to admit I’ve never seen a single show. That kind of stuff doesn’t appeal to me for some reason. 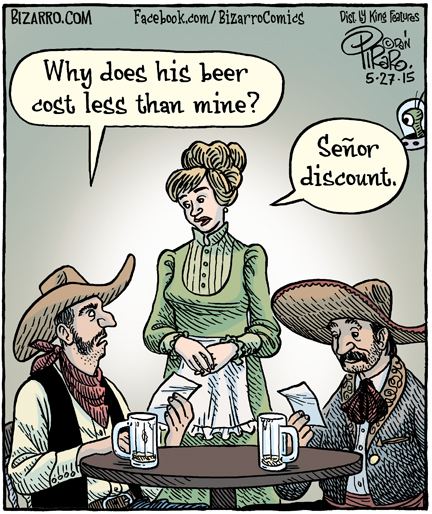 Here’s a fun little pun from the Old West. This is not Miss Kitty. This is Crystal, the waitress with a heart of gold and a rash she’s never been able to completely get rid of. 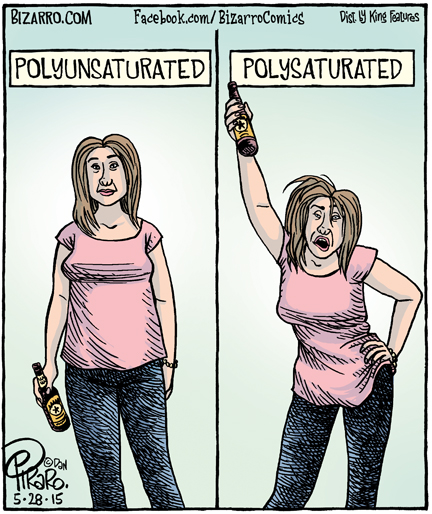 Even though the wedding I attended last weekend was fancy-schmancy and there were a lot of very proper people in attendance, there were a couple of pretty saturated folks by the end of night. Would it be a wedding without some? Well, yes, but probably not one worth attending. 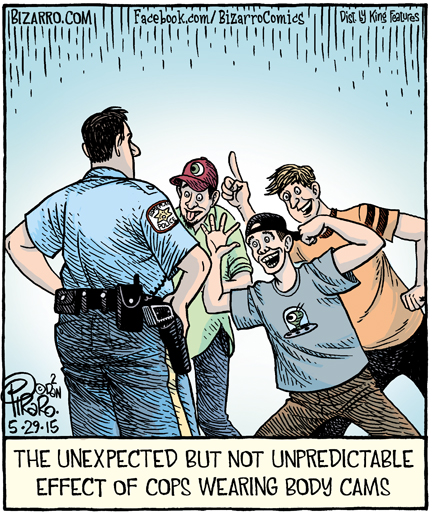 I thought of this gag as soon as I heard that cops in certain cities were going to start wearing body cameras. It’s always exciting to come up with a good gag that is very timely but with a typical syndication schedule it still takes several weeks to get something through the pipeline and into the papers. 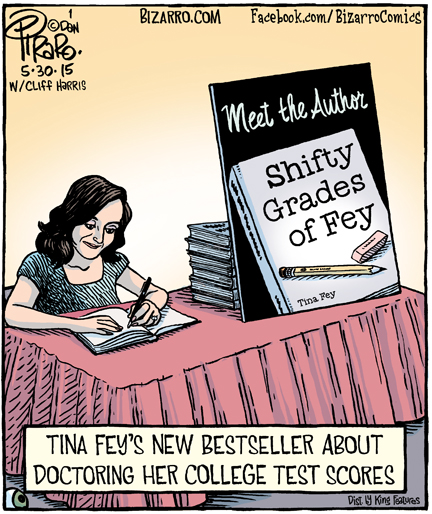 I love this pun about the popular book/film Fifty Shades of Grey. It was the brainchild of my good buddy Cliff The King of Wordplay. Everyone I know comes up with puns but Cliff’s are so unexpected. I’m in awe of the way his mind works.

Super busy with art right now so I’m outta here. I’m going to post some new sketch cards in a day or so. Weeeee!