Editor’s Dispatch: From the Library of Congress 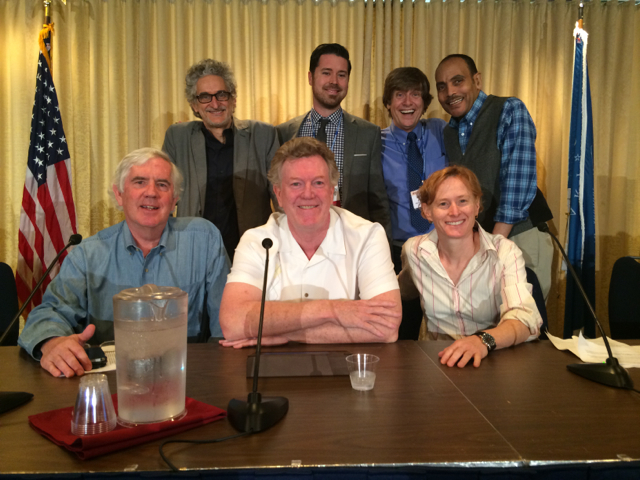 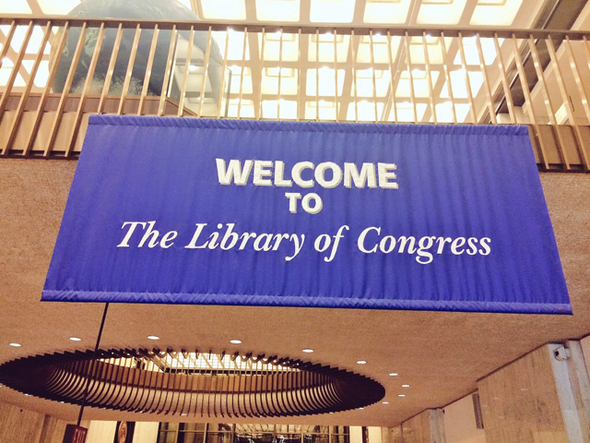 Last week, as part of the National Cartoonists’ Society Weekend. we had the pleasure and privilege of being hosted by the Library of Congress for a panel called “Cartooning and Our Culture.”  The panel was moderated by our very own Editor, Brendan Burford, and features six incredible King Features cartoonists: Patrick McDonnell of Mutts, Brian Walker of Hi & Lois and Beetle Bailey, Jeff Keane of The Family Circus, Hilary Price of Rhymes With Orange, Ray Billingsley of Curtis, and Mike Peters of Mother Goose and Grimm. 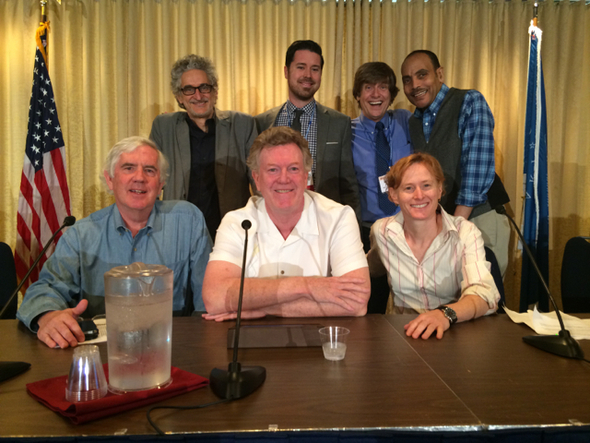 The Library of Congress has a fantastic collection of cartoon art, and they displayed a selection of King Features art from every period in our history.  It was really amazing to get to see these original pieces of legendary art up close and personal. 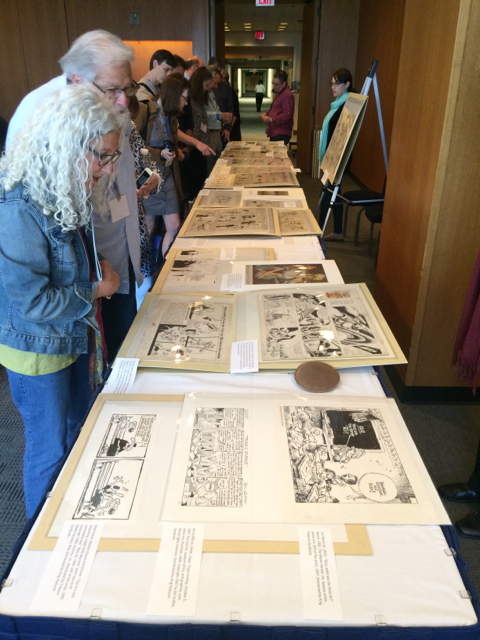 Speaking to a standing-room-only audience, Brendan began by introducing us to the history of King Features, from the beginnings of comic history at Hearst, which started in earnest in 1896, when William Randolph Hearst hired Richard Outcault, Pulitzer’s most poular cartoonist, to create the now-legendary comic, The Yellow Kid.  Brendan led us through the pre-King history, through our creation, and right up to the present day, with a quick look at how different themes, genres, and historical events influenced the comics that people of different eras enjoyed. 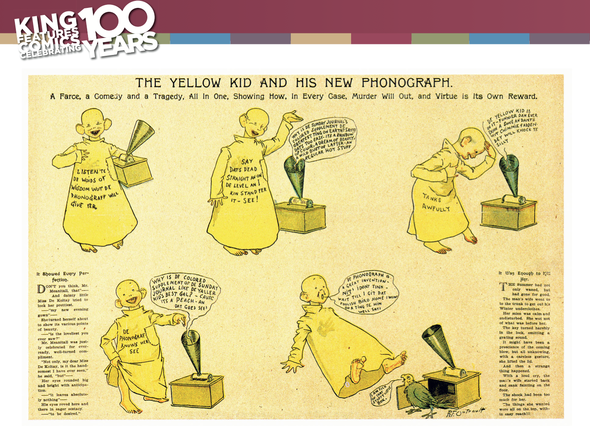 From there, Brendan turned over the presentation to Patrick McDonnell, who talked about the history of comics from a slightly different perspective: how classic cartoons like “Little Nemo” and “Krazy Kat” influenced his work, and the work of other contemporary cartoonists.

Brian Walker followed Patrick with a firsthand look at being part of a Comics Family: the son of the legendary Mort Walker, Brian grew up with Beetle Bailey and Hi & Lois.  Brian discussed how much he absorbed about comics, cartooning, and comics history while growing up, and how his experiences led him to comics, not just as a creator but also as a historian. 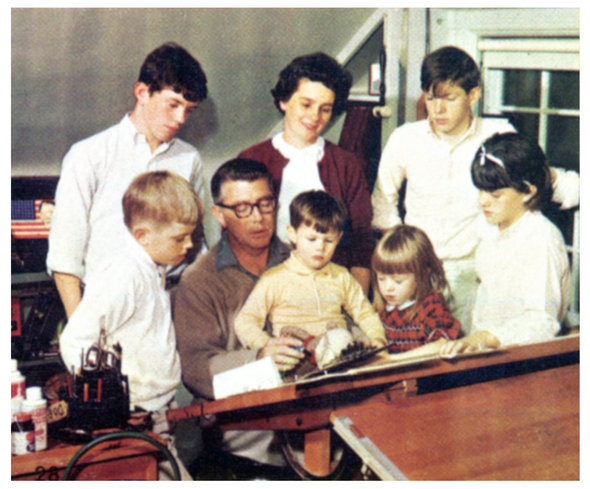 Jeff Keane, the son of Bil Keane, talked about his experiences growing up with comics, too, and seeing a reflection of his own childhood in the comics pages.  Jeff also discussed how Bil Keane’s experimentation with format (the famed circle of the Family Circus, and the iconic “dotted line”) entered into the comics lexicon. 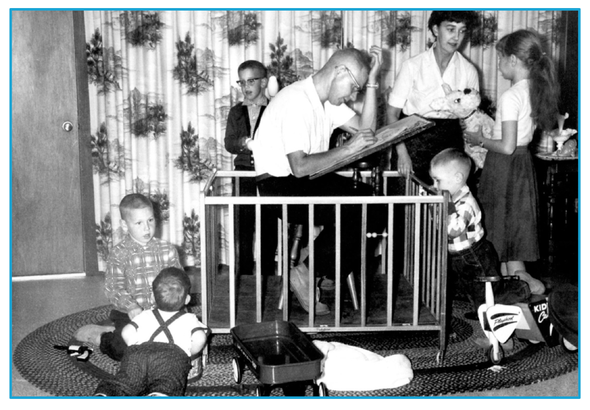 Hilary Price spoke next. Hilary, too, talked about format, and how experimentation within the alloted space of a comic strip helped her find an identity on the comics page with her trademark title panels.  Hilary also talked about the experience of being one of a relatively small– but growing– group of female cartoonists represented in comics pages, and how her comics and drawings have evolved over time. 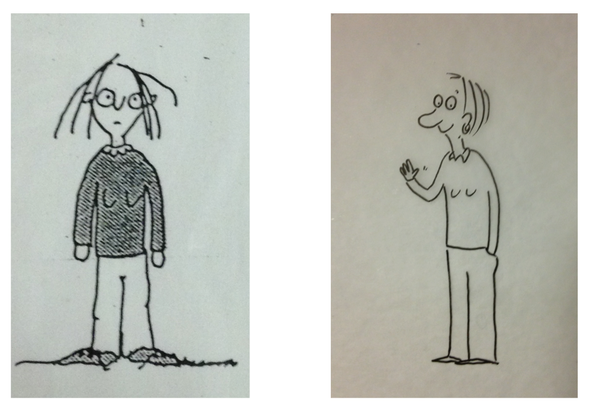 After Hilary, Ray Billingsley continued the thread of diversity on the comics page by talking about relying on his childhood memories to create an authentic family comic that is both relatable on a large scale but also uniquely African-American.  He talked about the challenge of combatting the racism of early depictions of black people in comics, and the times he’s been met with controversy over relating topics like quitting smoking.

Finally, Mike Peters talked about controversy of a different sort in relating his experiencea as a political cartoonist as well as a syndicated cartoonist, how Mother Goose and Grimm came to be as an “umbrella” for many various ideas, and how the strip often brings in the same kinds of social commentary one might see in political cartoons, but also gives him the freedom to be silly without being political.

The panel was rounded out with a series of great questions from the audience. One of my favorite questions asked was what comics our cartoonists loved.

Mike Peters cited “Henry,” and talked about how he identified with the silent character as a child because he stuttered.

Patrick McDonnell answered with Krazy Kat and Peanuts, and noted the influence of the Krazy Kat characters and Snoopy on his own life and work.

Brian Walker mentioned Dik Browne, who worked with his father, Mort, on Hi and Lois.

Jeff Keane told us all that he was only allowed to read Family Circus as a child!

Hilary Price talked about reading Peanuts and BC as a child.

Ray Billingsley mentioned Broomhilda and Little Abner, and noted the massive difference between the two comics

Brendan chimed in with Roy Crane, who drew Buz Sawyer for King Features– which you can read every day here in the Comics Kingdom vintage section, if you’ve never checked it out!

The panel was really excellent– hearing from so many great cartoonists in one discussion was a real treat.