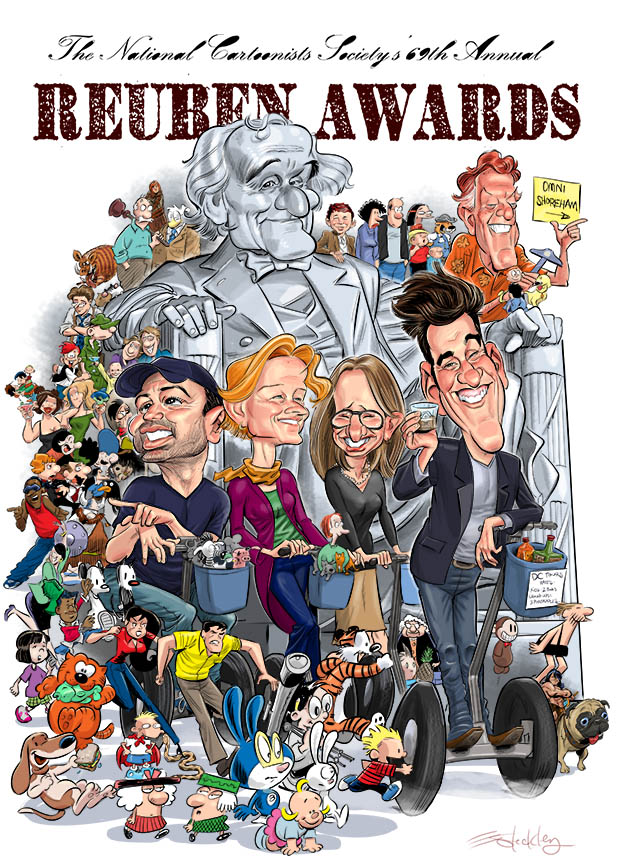 Every year, on Memorial Day weekend, The National Cartoonists Society presents its highest award, “The Reuben” named after the organization’s founder Rube Goldberg, to the “Outstanding Cartoonist of the Year.”  Recent locations for the ceremony have been Boston, Las Vegas, Pittsburgh, San Diego and, this year, the Omni Shoreham Hotel in Washington, D.C. “Silver Reuben” Division Award plaques were also presented to cartoonists in fifteen different genres. For a complete list of winners go to: http://www.reuben.org/2015/05/reuben-awards-winners-2015/

At the black-tie Reuben Award Banquet on Saturday May 23, the Walker family was well represented. 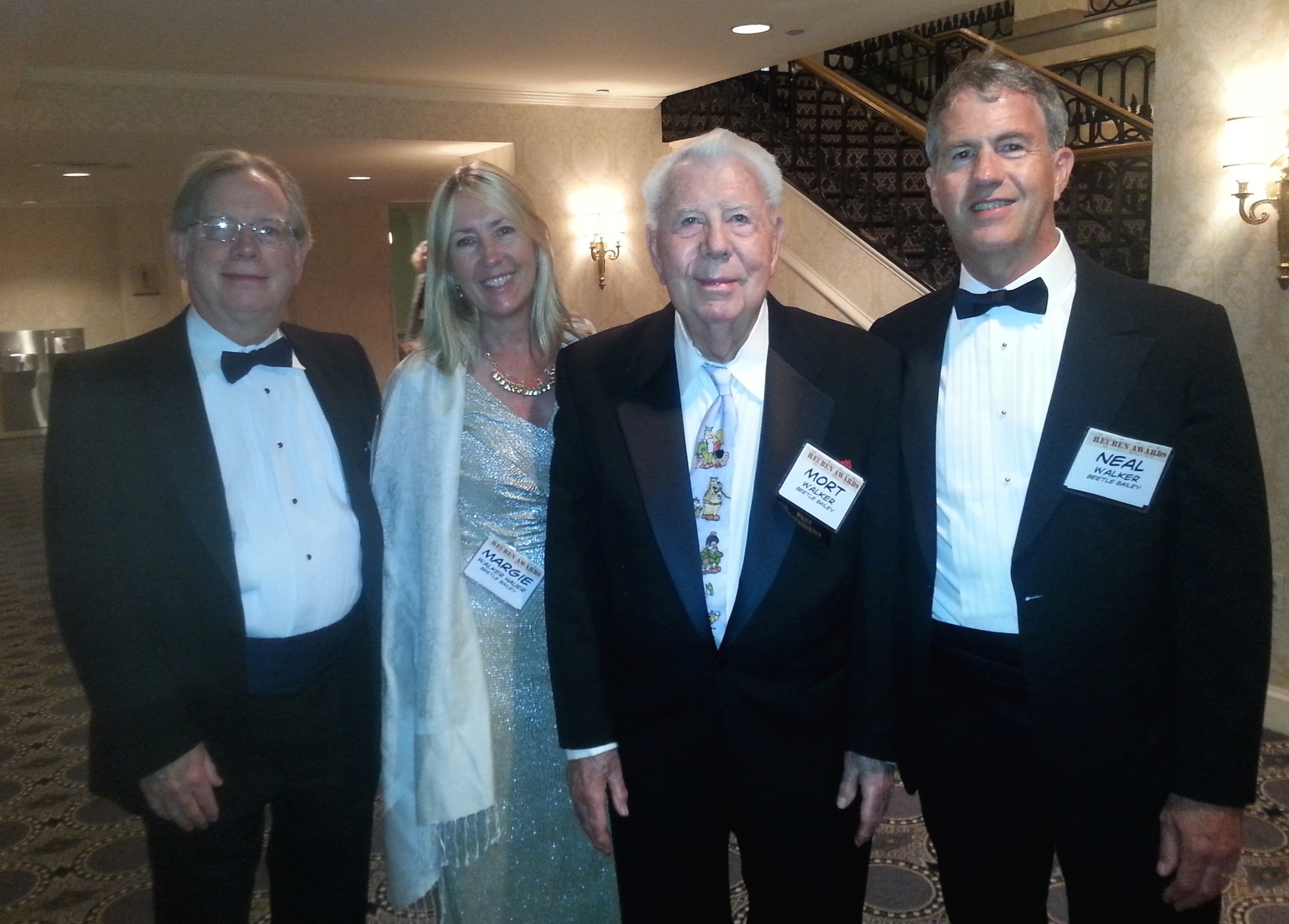 Garry Trudeau, the creator of Doonesbury, stopped by the table to say hello during an intermission in the program.

The nominees for the 2015 Reuben Award were Roz Chast (The New Yorker), Stephan Pastis (Pearls Before Swine) and Hilary Price (Rhymes with Orange). The winner was Roz Chast, who was unable to attend buy sent a video acceptance speech.  Mort Walker, the Honorary Chairman of the N.C.S. made the presentation. 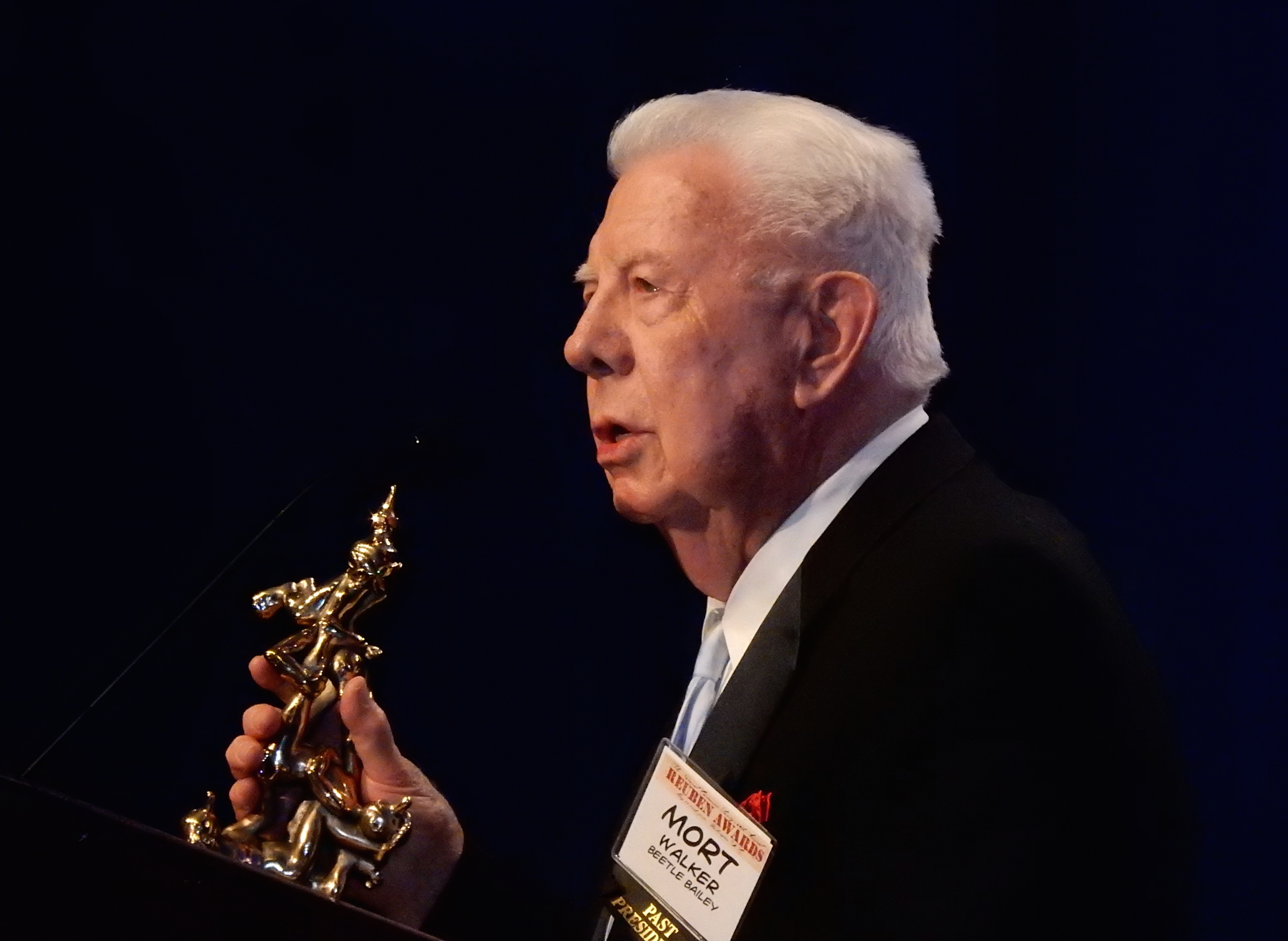 Mort Walker announces the winner of the Reuben Award.

For more on the Reuben Awards Weekend go to: hiandlois.com