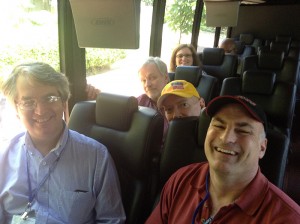 My wife Karen and I had a great time at the NCS Reubens Weekend in Washington, DC!  One weekend each year, the National Cartoonists’ Society descends on a different city, and it’s fun to visit and hang out with my fellow cartoonist friends!  Not only did everyone in attendance celebrate the Reuben Award Winners, but we also celebrated the 100th Anniversary of King Features, an incredible milestone!  Here are  some photos of the weekend:

This year’s Reuben Weekend T-shirt, featuring caricatures of the nominees and special speakers, surrounded by many famous comic characters! I placed a black arrow to point out to you the location of Snuffy and Loweezy on the shirt. Cartoonist Ed Steckley did an incredible job on this illustration!  Bodacious thanks, Ed!

Taking a bus from the hotel to the Library of Congress to hear a panel discussion entitled “Cartooning and Our Culture.” On the bus near me were my cartoonist friends, Bill Holbrook (On The Fastrack, Safe Havens, Kevin and Kell), Greg Cravens (The Buckets, Hubris), Frank Pauer, John Read, and my wife, Karen!

With King Features Editorial Project Manager, the wonderful Tea Fougner, before the program at the Library of Congress.

A photo of a portion of the stage and podium before the talk. 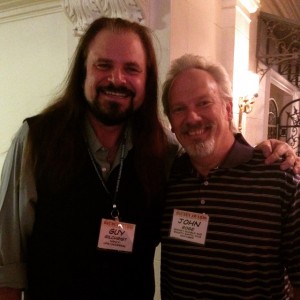 It’s always fun to hang out with my good buddy, the super-talented cartoonist Guy Gilchrist (Nancy). 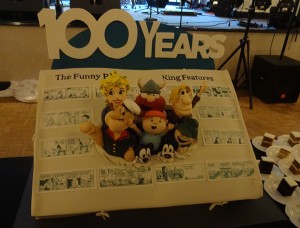 Friday night there was a bodacious party celebrating King Feature’s incredible anniversary!  They even had a very special King Features cake made which was adorned with some of King’s characters!

Talking with my friend, the amazingly talented cartoonist John Reiner (The Lockhorns), at the party! 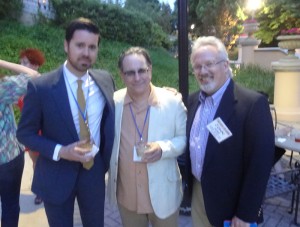 Stepping outside to chat with my editor, Brendan Burford and great cartoonist, Terry LaBan (Edge City)!  It was such a nice evening. 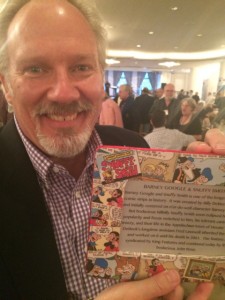 All of us King Features cartoonists were surprised with bee-yo-ti-ful frames featuring our comic strips!  Anna Richmond, wife of outgoing NCS President Tom Richmond (MAD Magazine), hand-decoupaged these picture frames.  She did an INCREDIBLE job!  I love my Snuffy Smith frame–it already has a special place in my studio!  THANK YOU, ANNA! 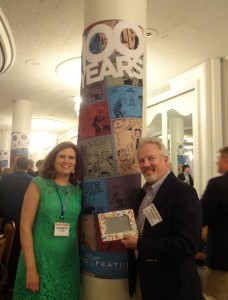 Karen and I with the special Snuffy Smith comic strip frame in front of one of the specially decorated 100th Anniversary columns.

A special highlight of the weekend for me was seeing my friend, Mort Walker (Beetle Bailey, Hi and Lois, Sam and Silo, etc…), the King of cartoonists!

After we took the above picture, Mort said, “Hey, I want a picture where I’M taller than you!” He started to climb up in a chair, but I said I would be happy to kneel! 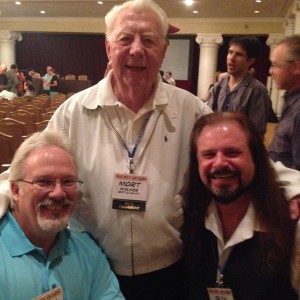 Then…a couple of peasant cartoonists bowing before the King of all cartoonists!

The fantastic Brian Crane (Pickles) gave a very funny and informative talk on his career. I really enjoyed his presentation! 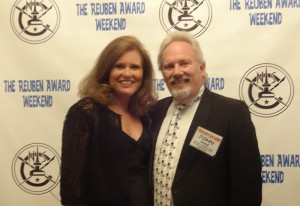 Karen and I get our picture taken right before the big awards ceremony. Doesn’t she look great?!! 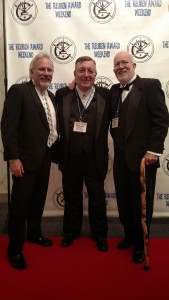 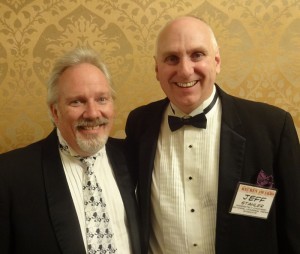 Jeff Stahler (Moderately Confused, Political Cartoonist) and I after the awards. Jeff is a great friend and so very talented!

Karen with the vivacious Bonnie Mariani, wife of cartoonist, Frank Mariani! The Mariani’s are wonderful friends of ours! 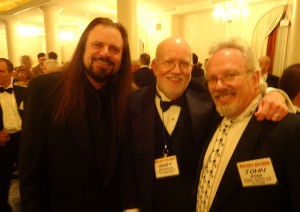 At the NCS President’s after-party with Guy Gilchrist and Gary Brookins! 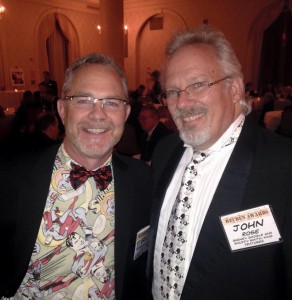 Comparing the Superman vest and the Snuffy tie at the after-party with Hi and Lois cartoonist, Eric Reaves!  Eric is an incredible artist!  His drawing ability really amazes me!

What a bodacious weekend we all had!  Thanks to everyone who made the weekend happen!  I’m already  looking forward to the 2016 Reuben Awards Weekend!