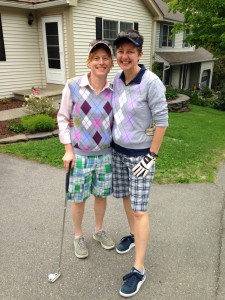 In this edition of the Charming-Yet-Infrequent newsletter, you will learn:

By the way, I’ve moved the newsletter over to a program called mailchimp, so that’s why things look different.

You saw it here first:

And to thank you for looking at that, here’s a companion strip from 2007…

The Library Of Congress Talk

If you’re in the Washington, DC, area, I’ll be on a special panel in celebration of King Features’ 100th anniversary that is open to the public!

“Cartooning and Our Culture,” will take place Friday, May 22nd at 11A.M. in the Montpelier Room of the Library of Congress’s Madison Building.

Every spring, cartoonists across the land emerge from their hovels, shower, and come to the annual Reuben Awards weekend.

I’ve been nominated for two awards, so have been showering extra hard to look presentable.  It’s a fancy black tie event, so my fashion consultant Theodore, (who generally goes by Teddy), modeled the dress and earring options. 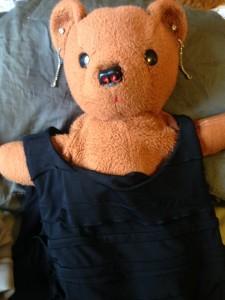 I’m thinking the studs versus the dangly one.

What I’ll wear as a necklace is still in flux: 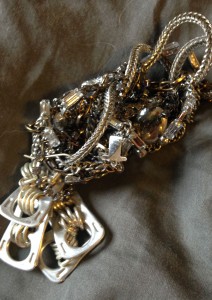 Pictures of the evening will be on Facebook this coming Sunday morning.

King Features blogger Countess Tea interviews me about the Reuben awards and the 20th anniversary of the strip.

Tea: I’m so very pleased and excited for our own Hilary Price of Rhymes With Orange, who is up for not one but TWO awards at this year’s NCS Awards.  Hilary has been nominated for not just the best Newspaper Comic Panel award, but also the Reuben for Outstanding Cartoonist of the Year.  Hilary was kind enough to answer some questions about her year in cartooning.

—You’ve been creating Rhymes With Orange for nearly twenty years! How do you feel your work has evolved?

I’ve become a better artist. You know the phrase “If you practice something every day, you will get better at it”? I am living proof of that. I look back at the beginning of the strip and cringe, but like everyone, I had to start somewhere. There are no shortcuts.

—What were some of the comics you’ve drawn over the past year that you’re proudest of?

I like the term “pleased by,” better than the term “proud of,” because I’m proud of myself when I get the pickle jar open, and this doesn’t feel the same.

There’s a little back story to every cartoon I draw– whether I remember it coming easily or if I struggled, where I was, or who I was thinking about when I did the strip… the point is, I can’t see them objectively.

But here’s one that I was pleased by because a friend and I were talking about mindfulness, and how it’s so easy to go down the our own well-worn thought roads, even if the facts on the ground don’t warrant it.

So I try to remember to try to act like the mouse in this cartoon.

And here’s one I like because when I’m not being mindful, the idea of shooting figurines out of the sky seems like a good coping device.

But to contradict what I just said only 165 words ago, I’m actually proud of this strip, because it reflects a society that has changed its views on gay and lesbian relationships, and that’s cause for celebration.

—What’s your favorite thing about cartooning?

The little pleasure burst when the idea comes. It’s like Freshen Up gum when you first chew and the gel squirts out. But in your brain. And less minty.

That there are days when the ideas just don’t come, and you will feel great despair about it, and you will feel convinced that this is the end. When you feel that, go outside and walk a dog. You and the dog will both be better for it.

The ideas will come back. And so too will those terrible days. That’s part of the cycle.

How about one more strip to end on?

Let’s end with this one.  Wouldn’t it be awesome if they actually had these?

Thanks so much, Hilary! I will definitely be rooting for you this weekend!
The San Diego Comic Con
I’ll be speaking at the comic con this July so please find me! Details to follow. 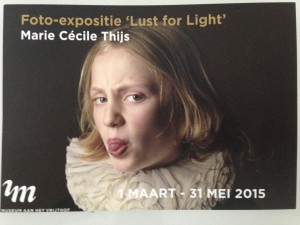 There was a Dutch golden age of painting in the 17th century that brought us the likes of Vermeer (The Girl With The Pearl Earring painter.)  Present day Dutch photographer Marie Cecile Thijs plays on this tradition in an awesome tongue and cheek way.  This spring I saw her exhibit at the Museum Aan Het Vrijthof  in the city of Maastricht.

Now here’s a bonus cat from Marie Cecile Thijs. Check her out!

Thanks everyone for tuning in! 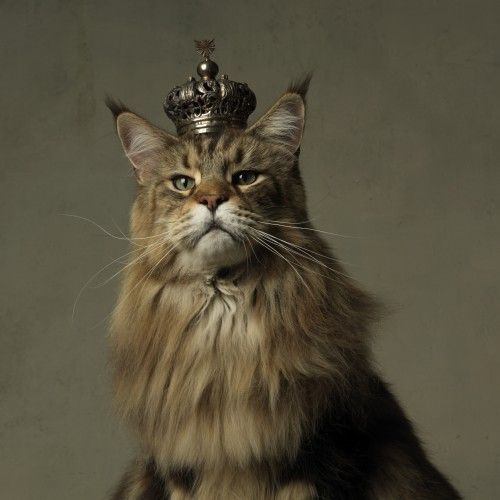