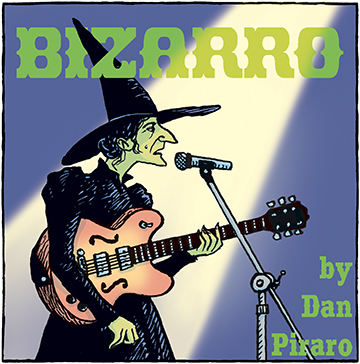 Bizarro is brought to you today by Alex Trebek Sighting.

I made a mistake in today’s Sunday comic and I didn’t catch it until it was too late to stop it from getting into print. I’ve posted the corrected version here but the inferior one is in papers all over the world today. In the version with the screw-up, the caption reads, “Farm 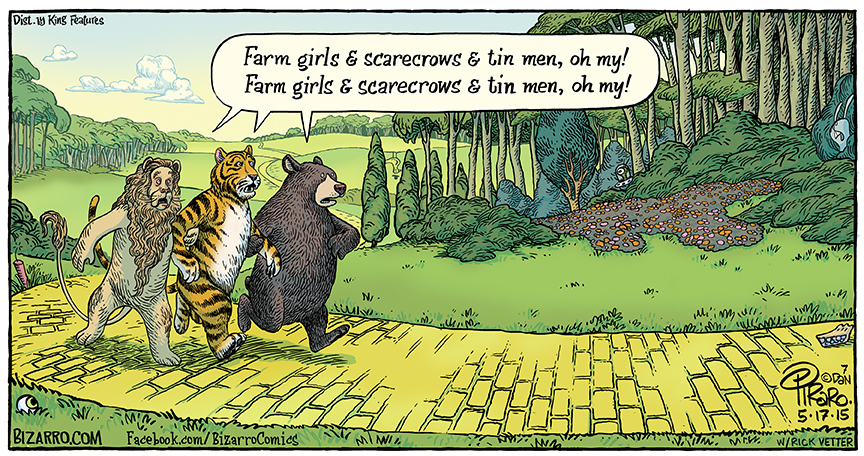 girls, scarecrows and tin men, oh my!” I guess I was writing it correctly, instead of mimicking the way the similar line was said in the film, with the extra “and” between “farm girls” and “scarecrows”. Arrrrggghh. I know it’s no big deal but it bugs me and I wish I’d caught it sooner. On the bright side, there are still seven secret symbols to look for, which you can find more easily by clicking the image and making it larger. 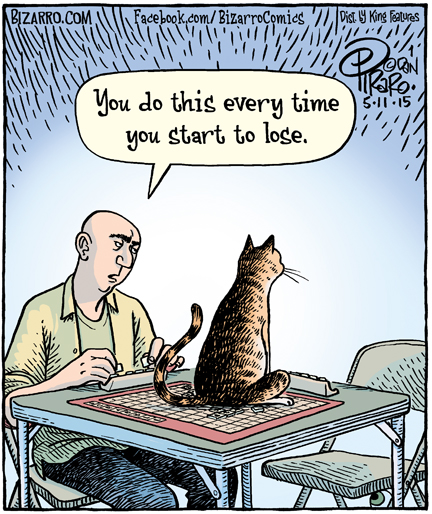 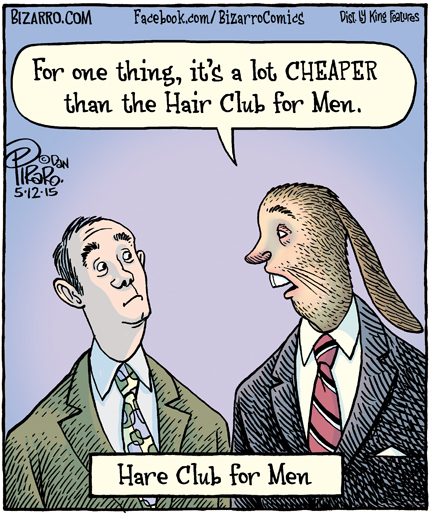 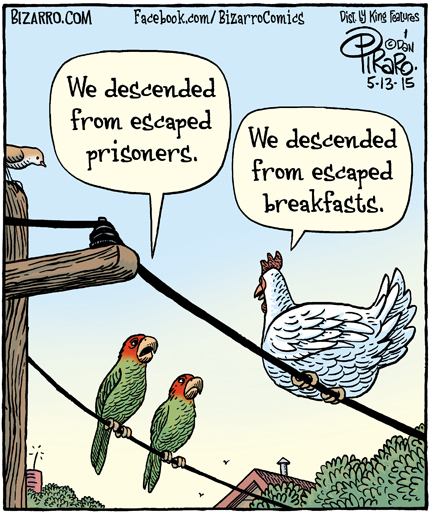 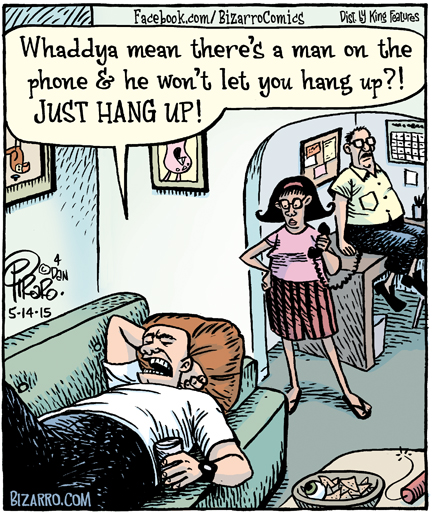 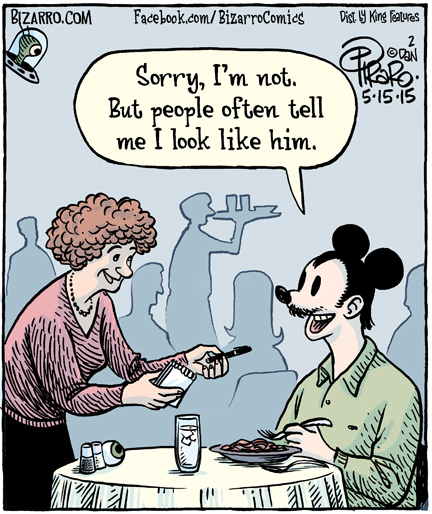 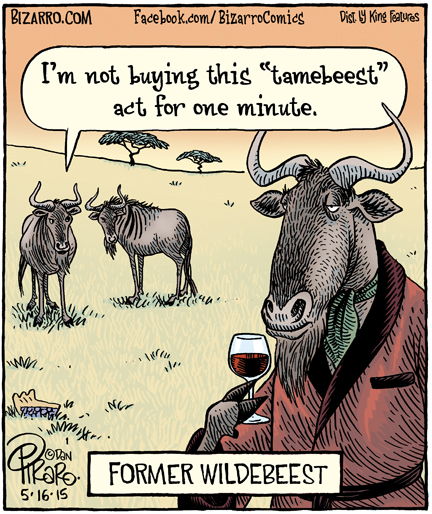 Let’s review the rest of the cartoons from the past seven days, shall we? (I’ll take your silence as a yes.)

Monday: I once did a cartoon about a guy playing checkers with a dog, I think, so here’s someone playing Scrabble with a cat. Most of the cats I’ve lived with seem to enjoy sitting on whatever I’m working on: artwork, keyboard, sandwiches, you name it.

Tuesday: I used to see commercials on TV all the time for the Hair Club for Men but I haven’t in a while so I hope it’s still a thing people remember. I don’t watch TV commercials at all, really, so I’ve no idea if these guys still advertise. They have a website, of course, but so does everyone and everything that has ever existed since the Big Bang.

Wednesday: Olive Oyl and I moved to a neighborhood recently that has a lot of big parrots screaming through the skies. I’ve seen the small parakeet-sized ones in American cities before but these are larger and look like the ones in this cartoon. They’re descended from escaped victims of the pet industry, of course, so that’s why they inspired this cartoon.

Thursday: Yes, I know almost no one uses a telephone with a cord and receiver like the one in this picture anymore, but I couldn’t do the gag without the old-fashioned phone so let’s just pretend these guys are “retro”.

Friday: I came up with this gag because I get stopped in public often by people who think I’m Bradedict Cumberpitt (a combo of Benedict Cumberbatch and Brad Pitt.)  But seriously folks, I was actually asked about a week ago if I was Les Claypool. I knew he was a musical type affiliated with a band called Primus but I had no idea what he looked like so I Googled him just now and was quite surprised by the resemblance. Since I’ve grown a beard, I not only look a lot like him, we dress very much alike, too. I hope no one thinks I’m a fanboy. Ugh.

Saturday: I like this gag about the wildebeest. Wildebeests are one of those rare things whose name is easy to imagine the roots of. European explorer from ages ago on his first trip to Africa: “What are those wild beasts?” Other guy with him: “No idea. You get to name them.” First guy: “Let’s call them Wildebeests.” Second guy: “Okay, but I get to name those things over there and I’m not going to call them ‘Stripy Horses’.”

SPECIAL OFFER: I’m about to publicly launch a new store on this site (in a few days) but it’s already live and you can shop there now. Here’s the deal: by the time I announce the new store (midweek?) I’ll have raised my prices on Original Cartoon Art from Bizarro (cartoons from the syndicated Bizarro feature) and on the Hand-Drawn Sketch Cards.  To reward you for reading all the way to the end of this post, you can grab something at the current price before it goes up. Click on the “Store” link at the top of this page to find out what’s being offered and for how much. By Wednesday, the prices listed now will change. Everything in both of those categories is one-of-a-kind, original, hand-drawn art from my lap to yours.