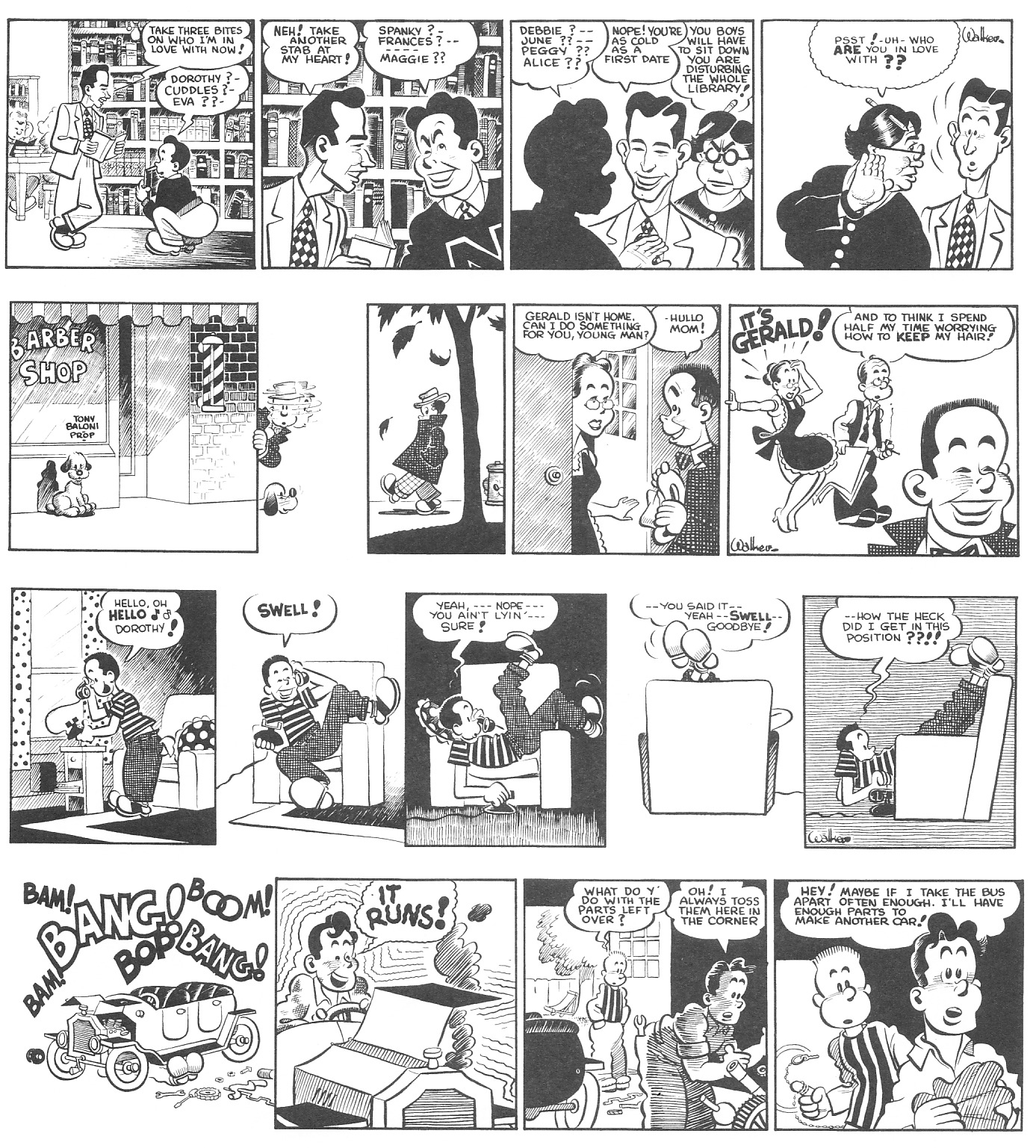 While Mort Walker was still enrolled at the University of Missouri, he submitted his first strips to the syndicates. In 1947, he went to New York with two ideas he had worked up with his old high school buddy, Dave Hornaday. Bo Wander was a semi-illustrative story strip about a writer. The text was written in the style of a novel and appeared beneath illustrations of the character’s adventures. They thought it would definitely sell.

The second was a strip starring a teenager, similar to Archie. Here are four samples that Mort saved from this presentation.

“Most of the editors were polite but not interested,” Mort remembered. “One syndicate manager was harshly honest, calling our work ‘sophomoric’ and ‘stupid.’ Dave came out of the office with tears in his eyes. I vowed that I’d never show that editor another strip. Sylvan Byck, at King Features, was the most helpful and encouraging.”

Mort wrote down the comments and criticisms from the editors in a notebook. Among Sylvan’s suggestions were: “Don’t try to be too different. Do the same thing that’s being done but do it better. Keep your work keyed to the masses. Keep the humor visual.”

Mort was determined to return someday with a strip idea that Sylvan would buy. Dave Hornaday never tried to sell a strip again but went on to work successfully in other fields of cartooning.