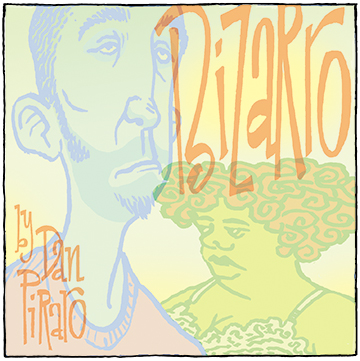 Bizarro is brought to you today by Mother’s Day Hat.

My big Sunday Comics gag today is okay, I guess, but for my money there’s just as much fun to be had in the small background gags. There are also 10 Secret Symbols to search for. If you’re not sure you know what all of my Secret Symbols are, click here.  If you click the cartoon (and this damn blog is working 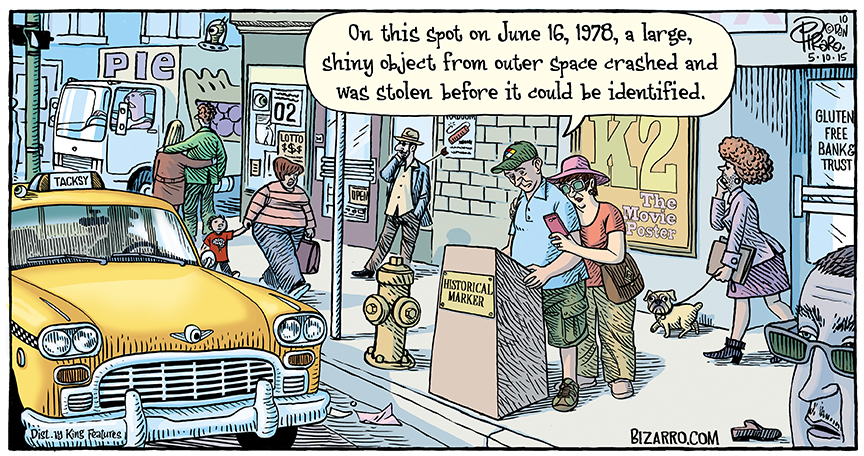 properly) you’ll get an enlarged view for better examination. I hope it pleases you.

Let’s talk now about my cartoons of the past week. 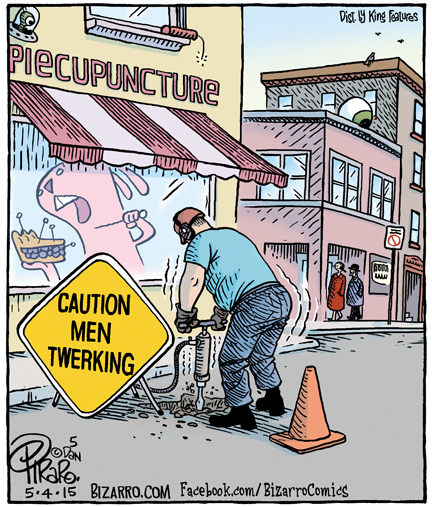 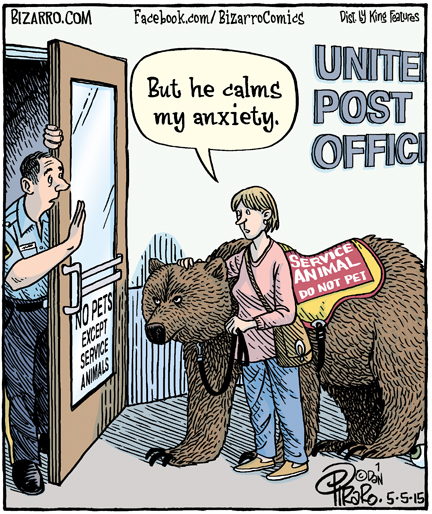 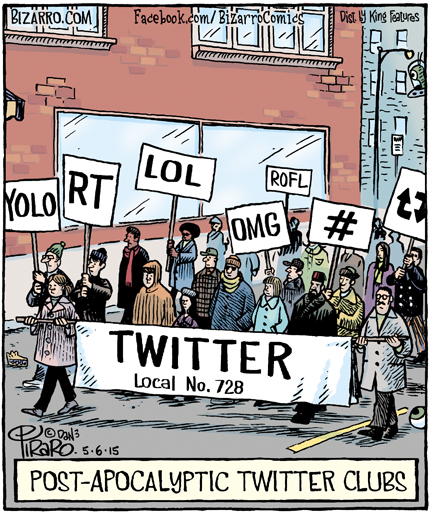 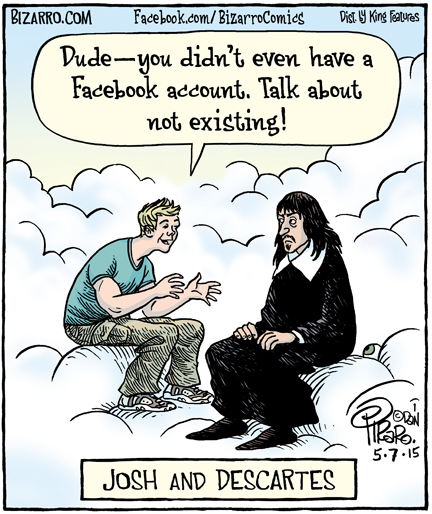 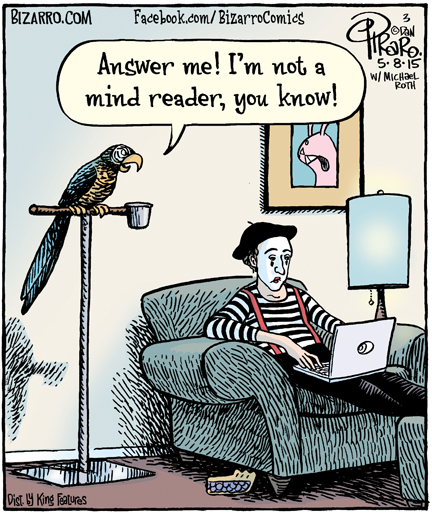 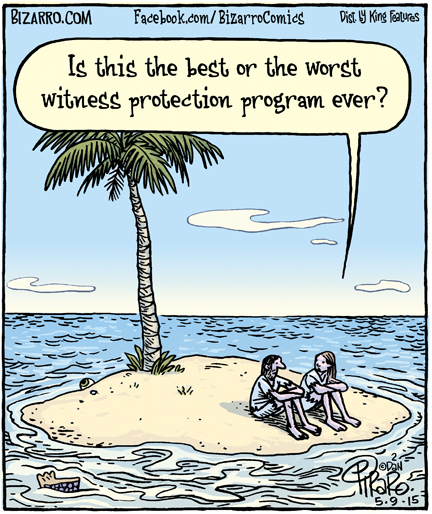 Monday’s child is full of twerk: To someone my age, mid-fifties, this thing the youngsters call “twerking” is the opposite of sexy. In fact, it is hilarious. Like naked-guy-with-a-shiny-tourist-sombrero-and-black-socks hilariously unsexy. No matter how young you are right now, if you live long enough a younger generation will adopt some kind of fashion or activity that you will think is hilariously stupid, but they’ll think is cool. It’s just a law of physics. To get a jumpstart on dealing with it, do this simple exercise now––imagine the stupidest, most embarrassing fashion or activity that you can, one that you would rather die than be caught in public wearing or doing. THAT is what will be in style when you’re older.

Tuesday’s child is worth a smirk: I found out not long ago that “service animals” are not just used for obvious things like guiding the blind, but also for people who have severe anxiety issues and find that an animal calms them. I immediately wondered what would happen if the animal that calmed that one person made everyone else panic.

Wednesday’s child is in withdrawal: When society collapses and the electrical grid is out and cell phones and computers don’t work, the current generations being raised on constant contact with the entire world will suffer severe withdrawal. Not if, when. It might look something like this.

Thursday’s child had a nasty fall: I guess when I wrote this batch I was thinking a lot about our collective addiction to apps like Twitter and FacadeBook. “Josh” isn’t a specific person, I chose it simply because I wanted a name that is common among a certain age group that might contain members with the type of mindlessness that this character is exhibiting. My favorite part of this cartoon is the look on Descartes’ face.

Friday’s child is losing feathers: What about a parrot who talks more than his human? Is that funny? I thought it kind of was and so did my German penpal, Michael Roth, who suggested the setup.

Saturday’s child is vulnerable to the weather: In line with the philosophical subject matter of Thursday’s cartoon, I raise the question of how well a person who needs to hide actually wants to hide. No particular reason. I didn’t do anything recently that would land me in a witness protection program. Seriously, I’ve just been minding my own business and not bothering anyone.

That’s it for today. Later this coming week I’ll likely be making a dandy announcement about some new stuff so come back with your eyes in a few days and have a gander.

NOTICE: PLEASE CONSIDER DROPPING YOUR EMAIL ADDY INTO THE BOX IN THE RIGHT MARGIN SO YOU’LL BE NOTIFIED BY EMAIL WHEN I POST A NEW BLOG ENTRY. IT’S ONLY ONCE OR TWICE A WEEK AND I’LL NEVER SELL OR TRADE YOUR ADDY WITH ANYONE!