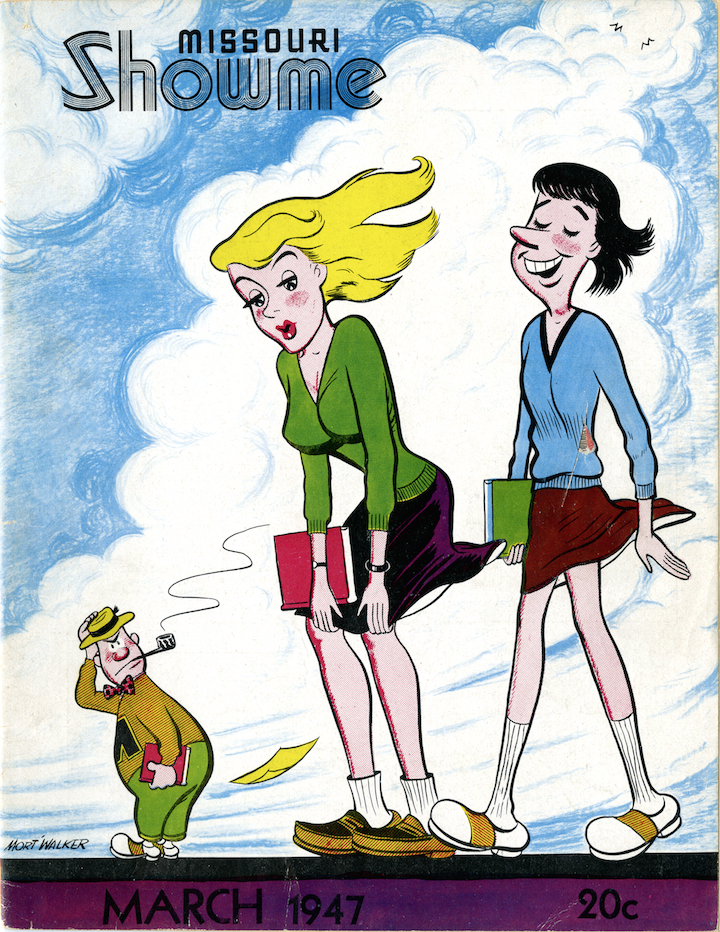 After Mort Walker served in the Army during World War II, he enrolled at the University of Missouri and became editor of the campus magazine. In his 1975 autobiography, Backstage at the Strips, Mort recounted his days working on the Missouri Showme.

“The magazine was quite an experience, a better ‘school’ than the school itself. I wrote many of the articles, drew cartoons and illustrations, did layouts, proofread, set type by hand, sold ads, worked directly with the printer, did four-color hand separations for the covers, sold the magazine on the street corners of the campus, and took the unsold copies to the used-paper dump for sale.”

Here is a Showme cover drawn by Mort from 1947.

“It was grass-roots journalism, a fabulous baptism by fire of the problems and opportunities of publishing. Something you could never get in a classroom. And we made the magazine pay. It had been faltering and in debt when we took it over, and there was no subsidy or support from the university. We had an advisor who didn’t function. We were on our own.”

When they decided to do a sex issue the staff circulated a questionnaire to survey the sexual habits of the Mizzou students. Dean Frank Luther Mott threatened to expel Mort if they published the results. The only sex in the issue was in the title, but it still sold out. Mort drew the cover in a style inspired by Picasso. 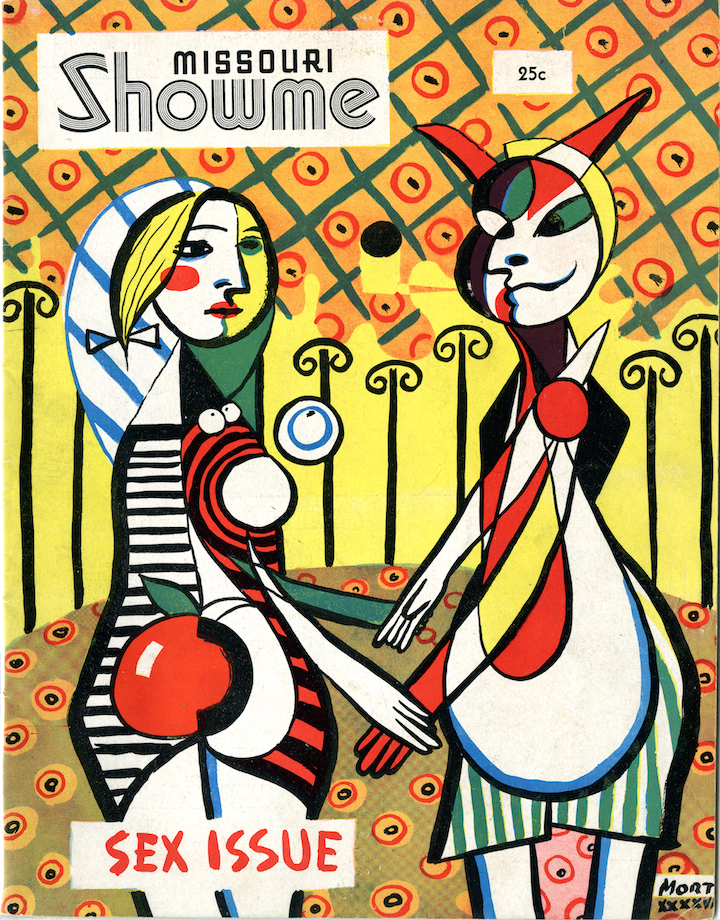 “It was a good staff,” Mort remembered. “Charles Barnard later became an author and editor of True magazine, Flash Fairfield was art director of NEA Syndicate, Bill Gabriel owned his own ad agency, Philomena Sparano worked for the Voice of America and Jean Suffill became my wife.”

This cover shows Mort’s office at the Showme. 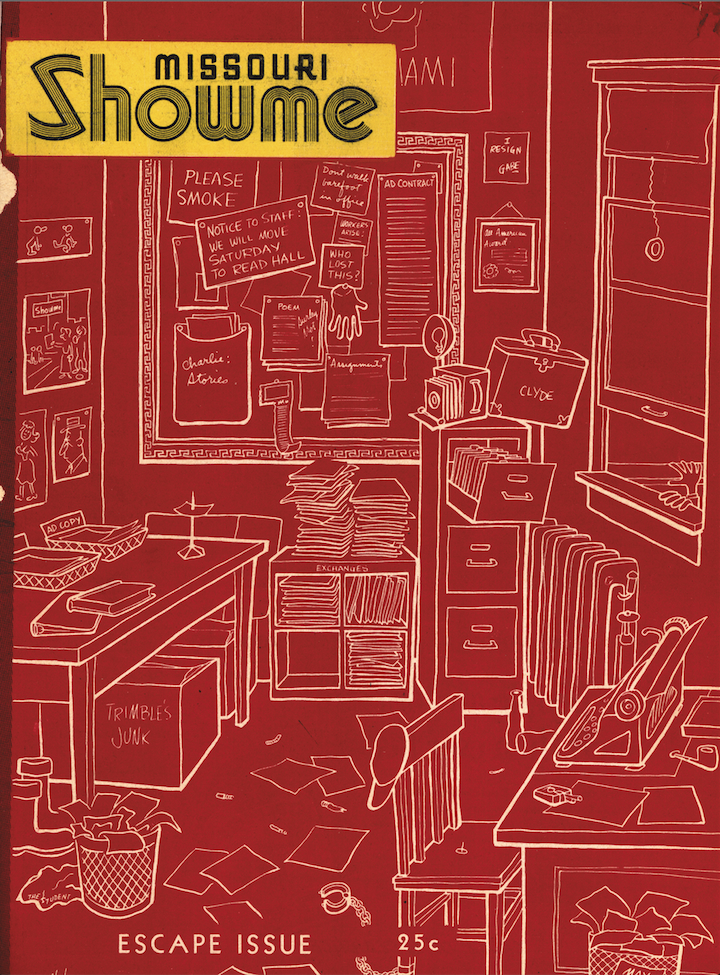 Mort’s day of reckoning finally came. When it was discovered that he didn’t have the prerequisite requirements for the Journalism School he was kicked out. He graduated from the University of Missouri with a degree in Humanities.