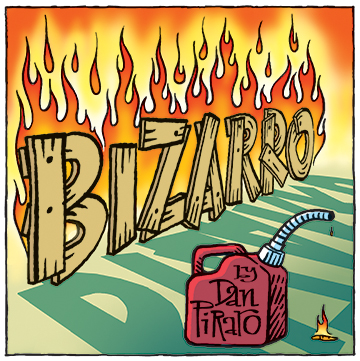 Bizarro is brought to you today by Millennial Confusion.

If you’ve ever been to the taping of a TV show, you know that those with live audiences are driven like slaves building the pyramids to laugh and applaud and hoot and holler and gasp

and whistle as though they’re having the times of their lives. The less funny the show is, the harder the audience wrangler has to work. It’s just one more aspect of TV that isn’t what it seems, like the scripting and multiple takes on “reality” TV shows. While I think this is notable and funny, I don’t actually think it is wrong. TV shows of this sort are theater, and by definition, aren’t meant to be real.

To be upset that the laughs on a sitcom are added electronically or the arguments on Real Housewives of New Jersey are scripted is like being upset that Scarlet Johansson isn’t really a martial artist. What is upsetting, however, is when shows portraying themselves as journalism are finagled for the sake of ratings. That happens a lot, too.

Going back in time (not really, cartoons are a kind of drama, too) let’s review last week’s gags… 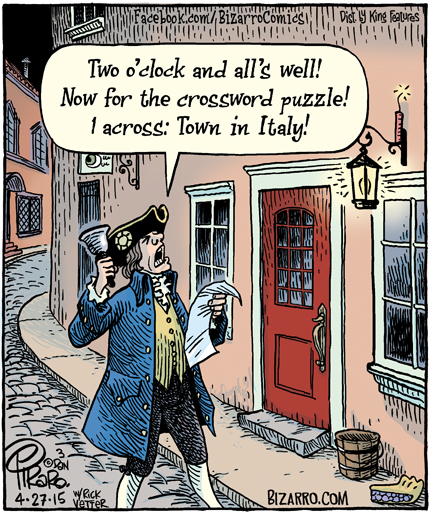 Monday: Town criers used to play the same role as a newspaper so this one is adding a crossword puzzle to his format. I resisted having him describe a Garfield cartoon. 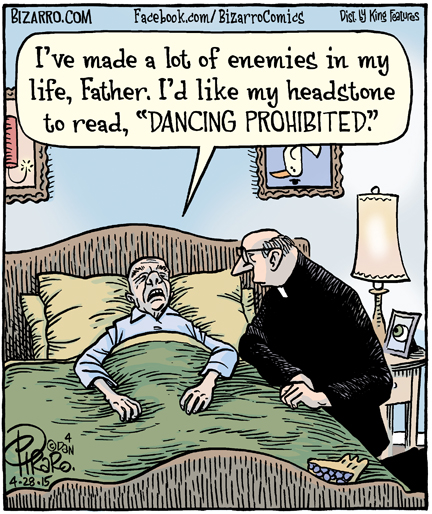 may not get this gag if you’ve never heard the expression, “I’ll dance on your grave,” which is used in an effort to express to someone how much you dislike them. I’ve never actually said this but I’ve thought it

Wednesday: I’ve often looked at thrones in museums and wondered how anyone could comfortably sit in one of those things for five minutes, much less for as long as it takes to declare war on a neighboring kingdom or hear a peasant’s request for justice. Today’s thrones are much more user friendly. 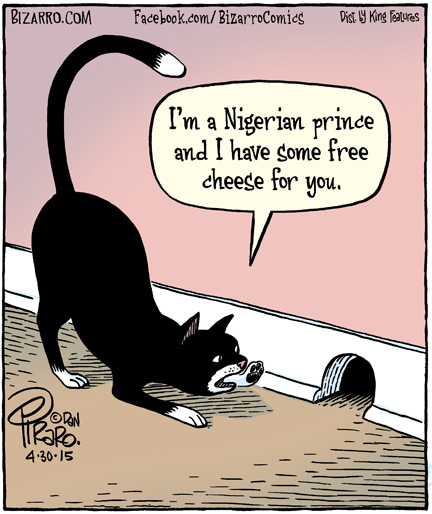 Thursday: This is one of those rare cartoons that was inspired by my own personal experience –– I got an email from a Nigerian prince once and was almost eaten by a cat. 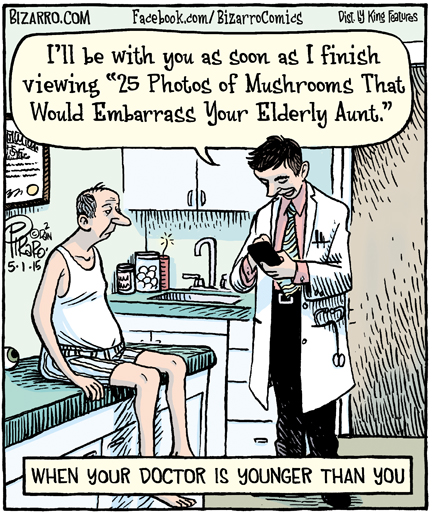 Friday: This hasn’t ever happened to me but it is weird when you get to an age where many doctors and all cops are younger than you. 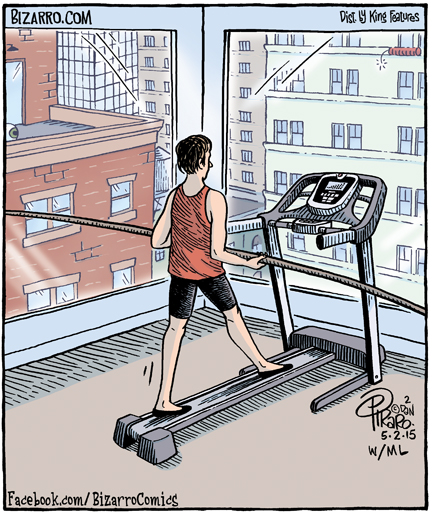 Saturday: I think a treadmill for a tightrope walker is amusing. I wonder if there’s a stationary machine of some kind for trapeze artists to use.

Here’s another treadmill gag of mine from a while back that I also like.

IMPORTANT NOTE: If you’ve signed up to be notified by email when I post on this blog, you must sign up again. The last program crashed and the addresses were lost. The box to sign up again––or for the first time––is in the right margin of this and every post! I’ll never sell or share your email address, so it’s safe. Thanks, Jazz Pickles!