Ask A Cartoonist: Hair, There, Everywhere

It’s National Hairstyle Appreciation Day! And as you know, I will never pass by an excuse to celebrate a ridiculous holiday.

Hair is one of the most fun things to draw, at least in my opinion. There are so many variations of hair and so many ways to draw it: short, long, straight, squiggly, poufy, pointy. Hair is such a great part of character design, and can really distinguish one character from the next. I mean, when you think of Prince Valiant, what’s the first thing you think of? His bowl cut, for sure! Hair can be pretty iconic.

So, I decided to ask the cartoonists this week to tell us about favorite hairstyles they have drawn!

Here is a hair-related cartoon I did not long ago in March. 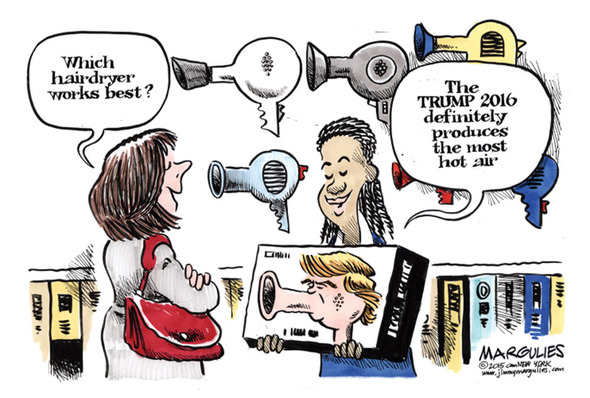 I’ve done a TON of cartoons on hairstyles over my career, probably because I was raised in Oklahoma where the state bird is a big Pentecostal hairdo. Here is one of my faves, but it was difficult to narrow it down. 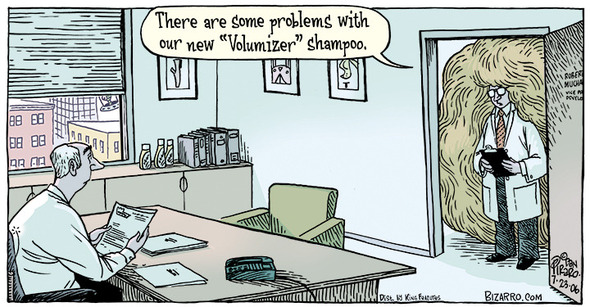 I’ve also included a shot of myself from when I was a Junior in High School in Tulsa, 1975. Believe it or not, this topiary hairdo coupled with bellbottom pants and platform shoes was quite the aphrodisiac for the ladies. 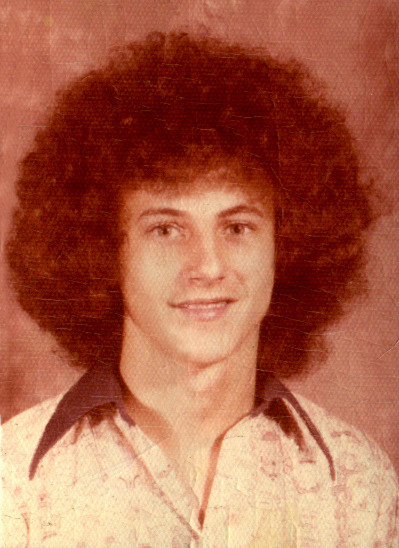 My favourite hairstyle was a grade 2 haircut I had ten years ago (after a particularly bad experience with hair dye). It was the perfect style for an uncharacteristically hot London summer, but my mother wasn’t too keen on it!

As for the penguins, they only occasionally mess with their featherstyles….

While the Safe Havens characters were in high school in 2002, Samantha and the girls’ basketball team had to impersonate the boys for a crucial game when the boys’ bus broke down. This necessitated cutting their hair.

In keeping with the strip’s M.O. of its comedic elements having real-world consequences, the girls all had short hair as it grew out over the following months.

–Bill Holbrook, Kevin and Kell, On the Fastrack, and Safe Havens.

I’ve done quite a bit about hair styles over the years. Back in 2011 Sid opened a beauty shop. Here’s one strip from the story. If you want to see the rest, it’s on my blog.

Comic strip characters tend to morph into the hair they deserve over the years. Jeremy had the strangest hairstyle in Zits’ early years and even I can’t tell you what I was thinking when I created it. It was a sort of yellow helmet with a rooster tail in front that defied all the laws of nature. Slowly we have evolved his hair toward something more organic. 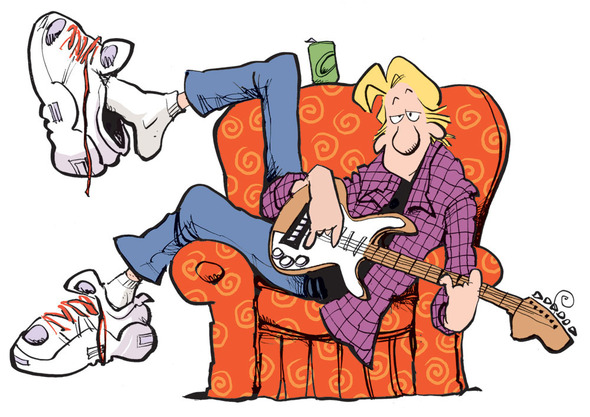 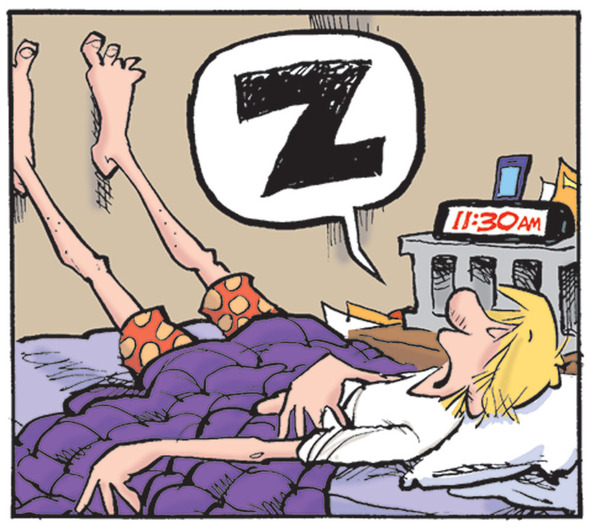 But, as this strip demonstrates, his hair is capable of some remarkable powers of its own:

Sentient hair is my favorite kind of hair to draw! 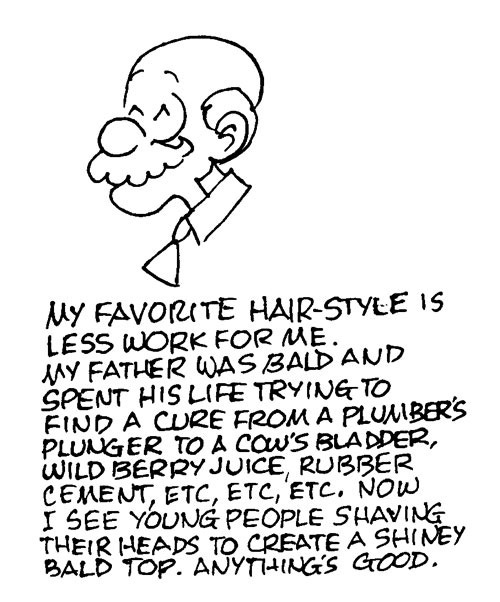