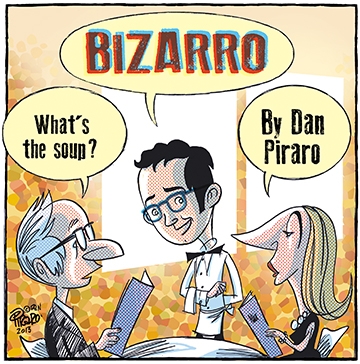 Bizarro is brought to you today by Big Plans.

My Sunday cartoon this week is a bit odd and I knew it would attract some questions. The most common question I’ve gotten about it so far is something along the lines of “What does this mean?”

Well, it doesn’t mean anything, it’s just a fun bit of nonsensical wordplay in the tradition of 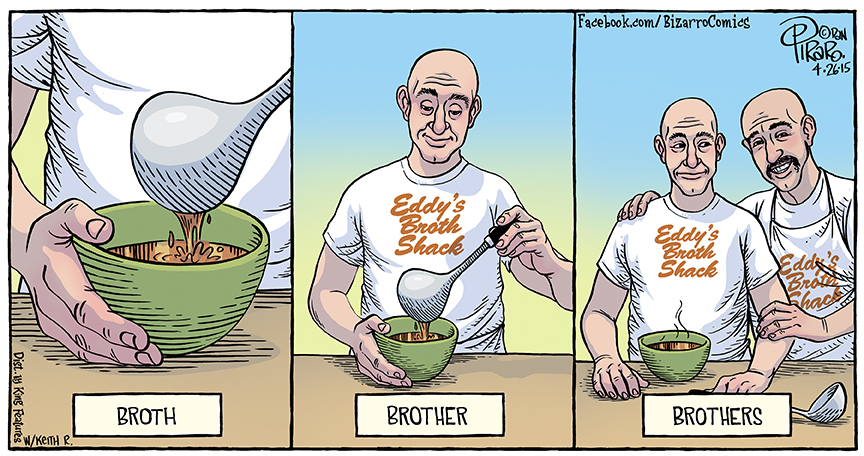 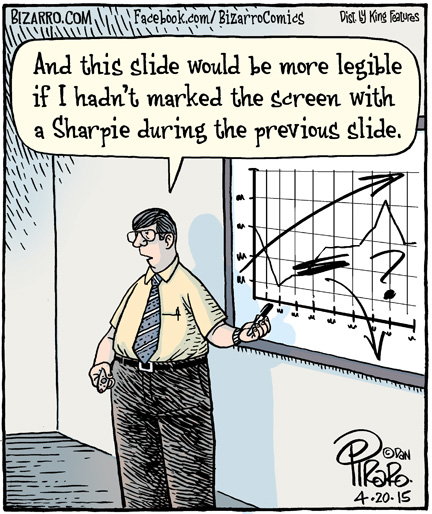 Monty Python TV show or the brilliant work of my official favorite cartoonist, B. Kliban. It was suggested by a 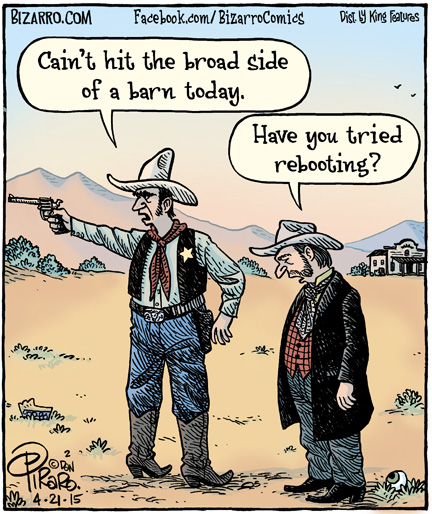 friend of mine though I didn’t credit them and now I can’t remember exactly whom it was. Was it Keith? If so, thanks, Keith! If not, sorry someone else!

Earlier last week I had the following bits of fun…

Monday: The tale of the man 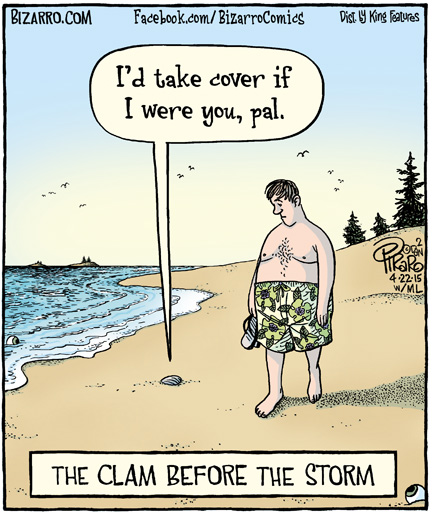 who did not control his Sharpie. A modern tragedy that plays itself out daily in spite of numerous public service announcements warning people of the dangers.

Tuesday: Despite it’s corniness, most people chuckle at this one. This cartoon is historically accurate, by the way, as it was well documented that wearing one’s boots backwards negatively 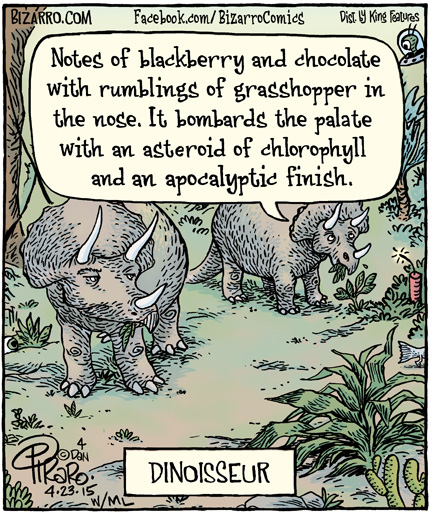 Wednesday: This one was inspired by the Chinese proverb, “He who ignores the clam, also probably ignores shellfish.” Need I say more?

Thursday: My internet buddy, Michael Lagace, tossed me the word “dinoisseur” and this is what I did with it. Michael is the guy behind a graphic novel project that I blogged about recently.

Friday: I had a 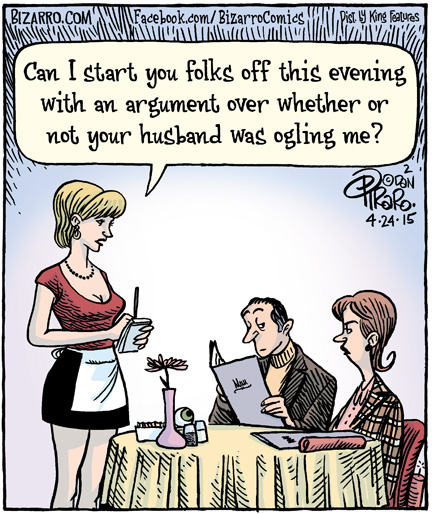 friend once whose wife was so jealous that she would punish him if their waitress was too good looking. Once she even punched him hard in the shoulder with her fist as soon as the waitress left the table. I should mention that I never saw my friend making any observable attempt to admire the 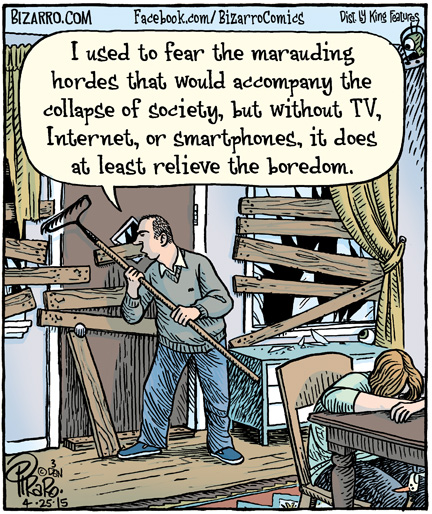 waitress. Anyway, I figured more than one person had this problem so I made a cartoon about it.

Saturday: I’ve been thinking a lot about the collapse of society recently and it has led to gags like this one. Once the infrastructure collapses and there is no TV, Internet, or cell service, fighting for resources will likely be the most common pastime. Just a thought.

Enjoy your week, Jazz Pickles. I’m adding some new pages to Bizarro.com soon that will feature some original art I have for sale so I hope some of you will avail yourselves of a piece or two. After the apocalypse, you’ll wish you had some interesting art to gaze at between battles over canned food.