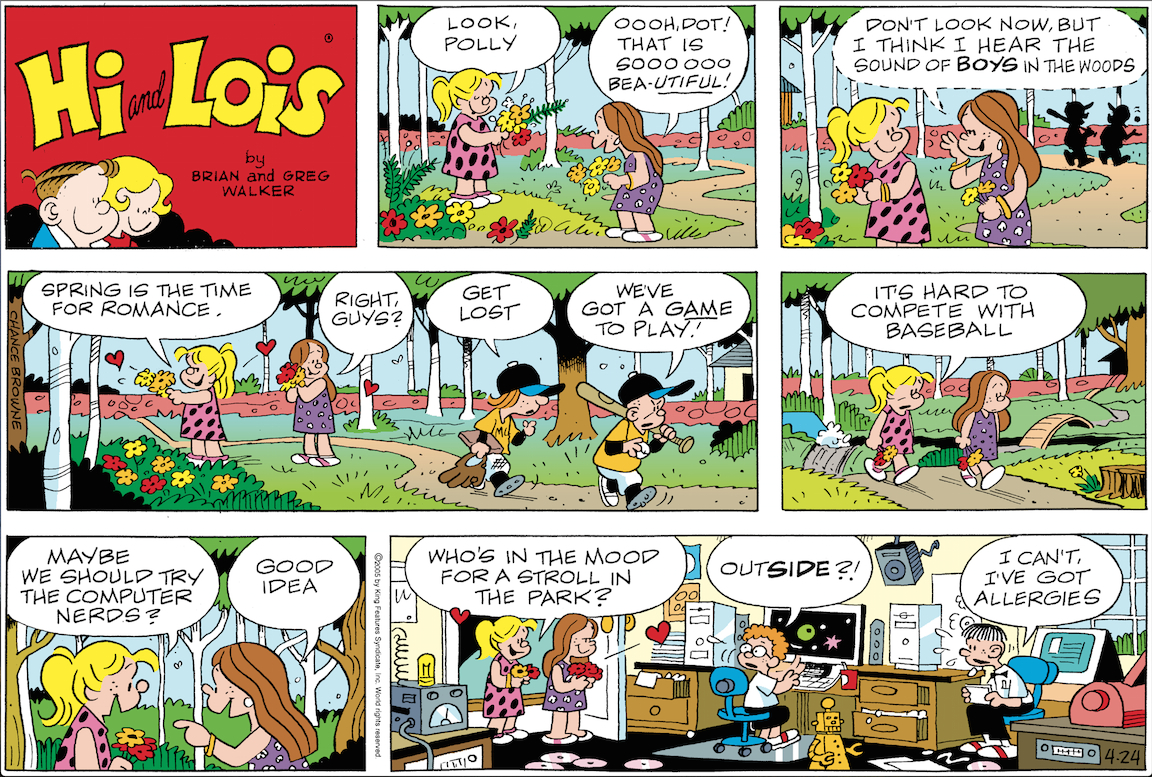 “What Are Little Boys Made Of?” is a popular 19th century nursery rhyme that first appeared in a manuscript by the English poet Robert Southey (1774–1843).

What are little boys made of?

What are little boys made of?

That’s what little boys are made of

What are little girls made of?

What are little girls made of?

That’s what little girls are made of

The modern interpretation of this same idea is encapsulated in “Men Are from Mars, Women Are from Venus,” a best-selling book from the 1990s, written by Dr. John Gary. His basic thesis was that the distinctions between the genders are so fundamental, it is almost as if they inhabit separate planets. Gray offered advice on how men and women can communicate better if they acknowledge their differences.

Gender distinctions exist in Hi and Lois, particularly between Dot and Ditto. Although they are twins, they have very different personalities. At a certain age, girls tend to become interested in boys. This often happens before boys develop the same attraction. Boys are more interested in sports and computers than romance.

In this spring-themed Hi and Lois Sunday page from 2005, we took a humorous look at way young boys and girls interact.

We hope this episode brings a smile of recognition to readers of both genders.