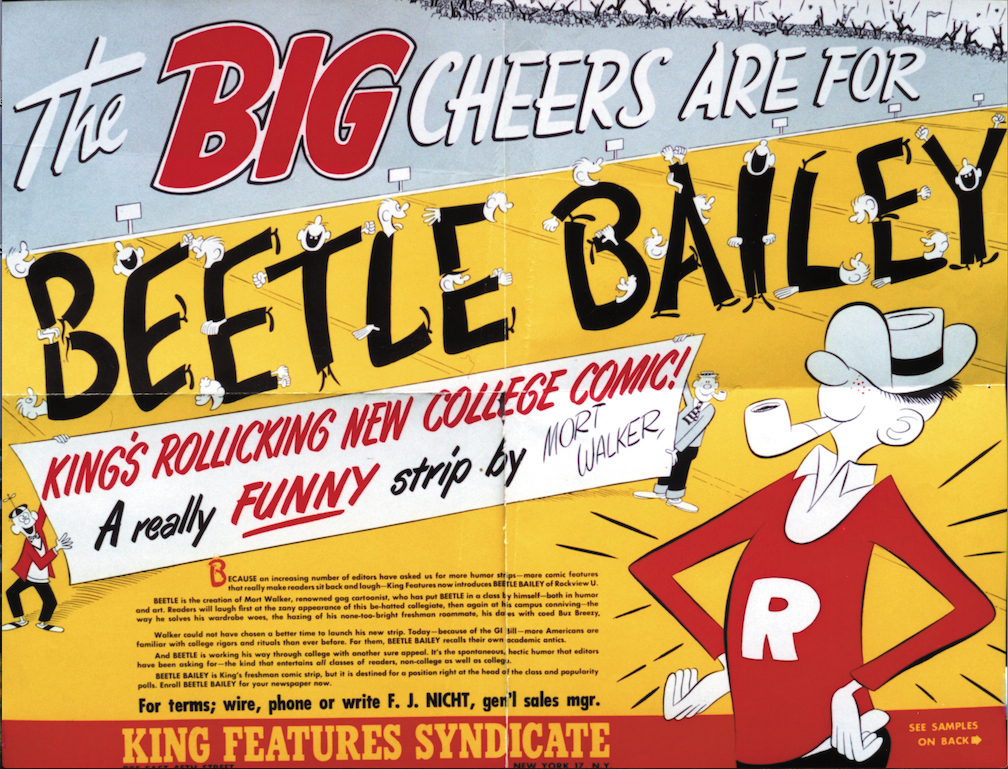 The first strip ran in twelve newspapers on September 4, 1950. Here is the first week of strips in the order that they were published. Compare these to Mort’s original selection in the previous post. 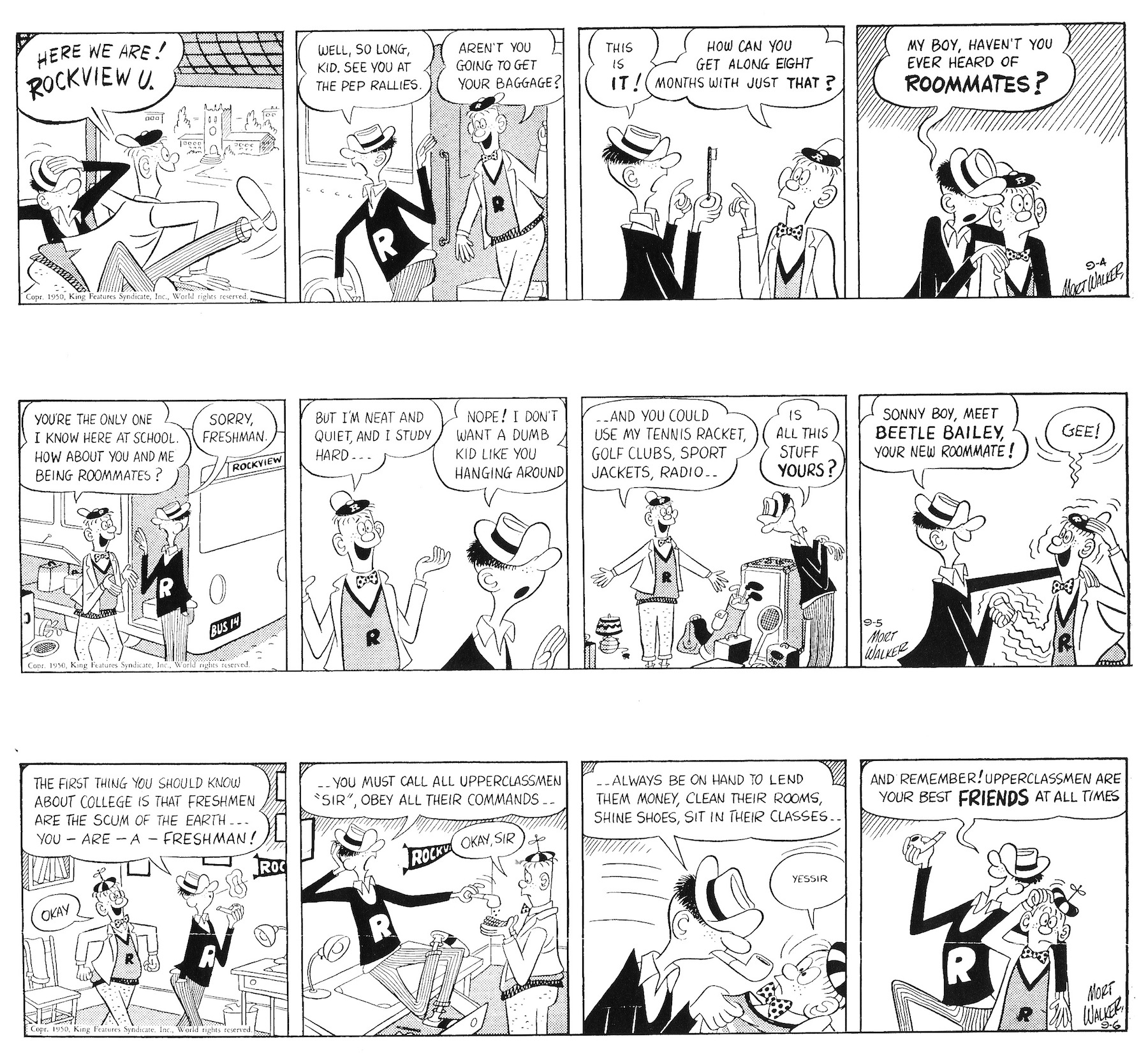 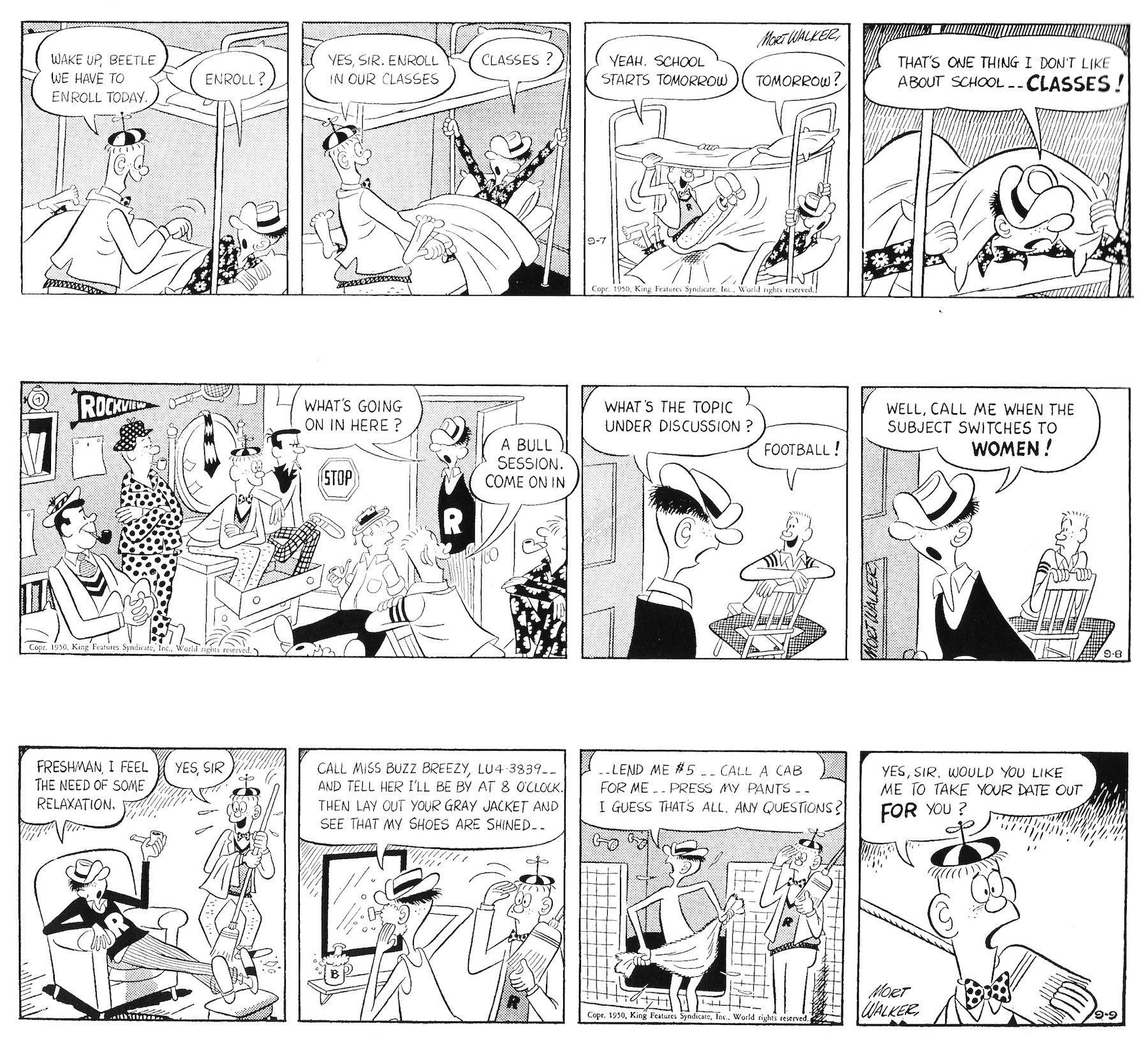 Mort decided to use a large cast of characters in Beetle Bailey right from the beginning (see the strip dated 9/8/50 above). Beetle lived together with his buddies – Freshman, Bitter Bill, Diamond Jim, Sweatsock and Plato. Buzz was Beetle’s first girlfriend. On a few occasions, a bearded, pipe-smoking professor made an appearance as well as Beetle’s parents.

Mort was ecstatic that he finally had a syndicated strip. “Now life was great!” he thought. “I dreamt and fantasized that I would no longer need to commute to my editor job, stand in the rain at the bus stop and jostle in the subway. But I realized that now I needed discipline if my career as a cartoonist would be successful – to get up in the morning and go to work at the drawing board, to constantly let the ideas flow in a never-ceasing stream. Certainly it would be tough, I could depend only on myself.”

After six months the number of subscribers had risen to only twenty-five and King Features began to think about cancelling Beetle Bailey. At this time, syndicates were convinced that a strip needed to be published in about a hundred papers to be profitable.

“I suppose the college theme wasn’t that popular,” Mort admitted, “because most young people didn’t go to college at that time. Many of them started to work at an early age, and only about 5% pursued higher education.”

Stay tooned to see how Mort saved his sinking strip.