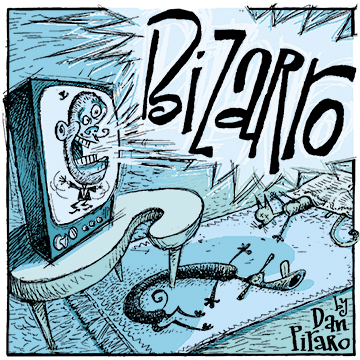 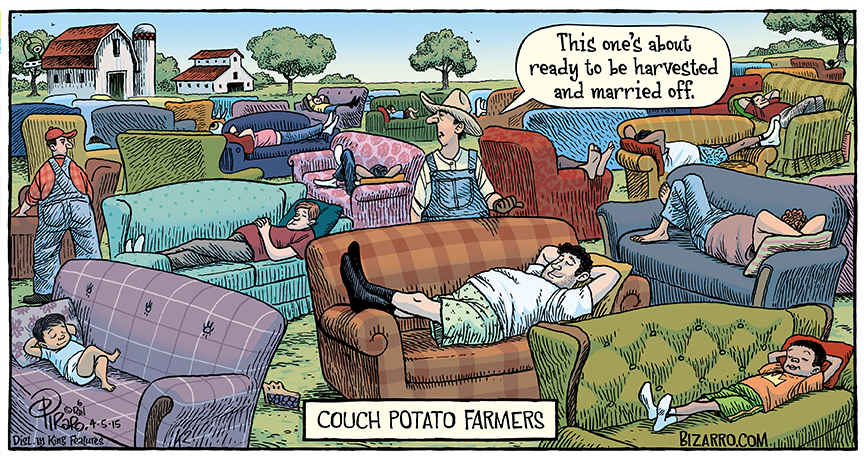 Bizarro is brought to you today by Sex.

All of the cartoons from this week are self explanatory (as a cartoon should be) but I have a few things to say about the last one posted here: two ladies at a sidewalk cafe talking about an old boyfriend. I suggest you read all of these cartoons, then come back here for my commentary. 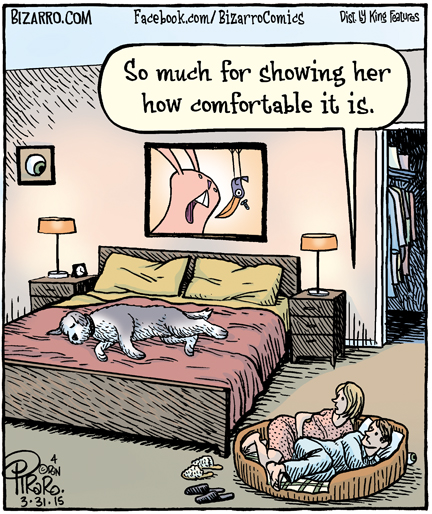 When I submitted the cafe cartoon, my editor warned me that it could cause trouble. It is hard for someone like me to imagine anyone being upset in 2015 by a cartoon like this but at the same time, I know there are people who will. Fortunately, we received no complaints from the editors of any of my client newspapers and 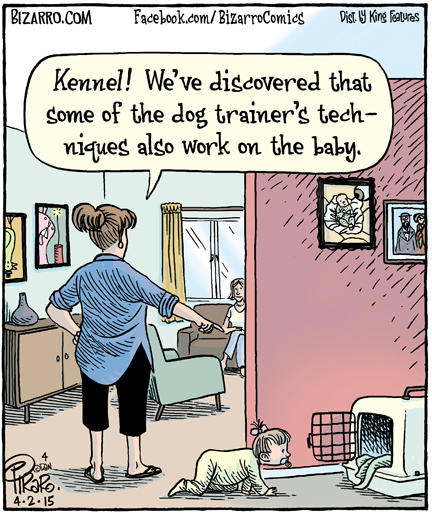 I consider that a good sign, but I got a few complaints from readers who chided me for including a reference to casual sex outside of marriage in a newspaper comic “where kids could see it.” 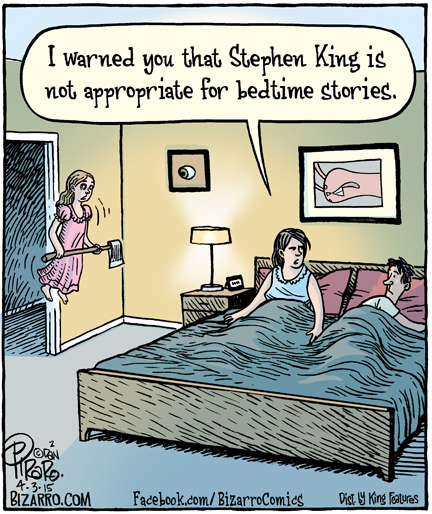 times and it always will be. Hiding it from your children won’t change their behavior when the time comes, in fact, it likely make it all the more attractive to them.

Whether we’re trying to control our children’s future sex lives or our own, we are fighting a force that is stronger than us and one way or another, we will lose in the end. Humans are highly sexual mammals 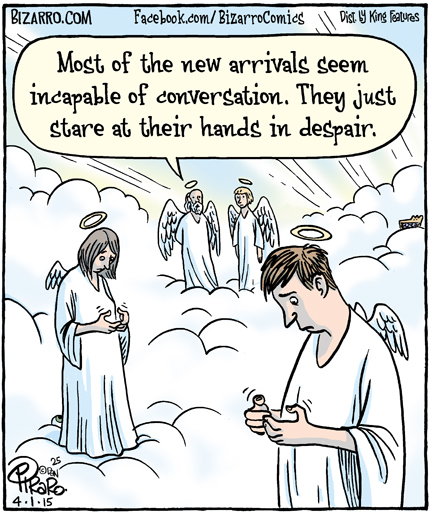 and one of only a very small handful that have sex for reasons other than procreation. Most animals only tolerate sex because they are driven to do it. (We judge this by the ratio of copulatory incidents to conceptions. Most animals have sex around 3 or 4 times per pregnancy, humans do it over a thousand times per.) Humans 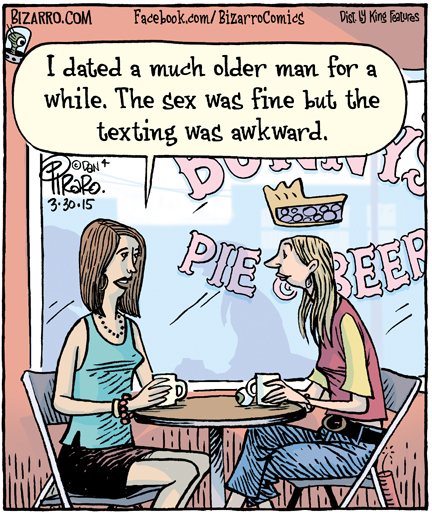 actually enjoy it and need it often, one way or another. It’s simple biology and there’s nothing we can do about it no matter what we believe about gods in the sky who look down on us for giving in to our animal nature. In truth, when it comes to sex, we’re giving in to our human nature.

I’m not just talking “out of my ass” here, I actually raised two daughters who had no trouble navigating the waters of sex and dating and became well-adjusted, happily married adults. Here’s how I did it:

From a very early age, before they learned to be ashamed or embarrassed about sex, their mom and I told them everything about sexuality that they were capable of understanding (at a given age), as though it were a scientific fact of nature and an inevitable social force. (Which it is, of course.) Nothing magical or mystical, just the truth. We told them what to expect physically, emotionally, and socially and gave them things they should consider when the time came, and what good and bad things they could expect to experience as a result of becoming sexually active. And we were dead honest. When we would have these talks over the years, chapter by chapter, as they were old enough to understand a new piece of the story, they listened matter-of-factly and said, “Okay.” It was an open topic in our house and both of them knew that the power to make those decisions was in their own hands, not ours. As a result, they had less curiosity about it and waited longer than their peers to experiment. Both were in long-term relationships in college when they did. My point, of course, is that talking to your kids about sex doesn’t have to be mysterious and embarrassing and you don’t have to lie awake at night worried that your child might find out something about sex that might make you lose control over them. Your control over them is an illusion in the first place.

It makes more sense to me to relax about it, stop making it so important and mystical, and just get on with more important aspects of life; like whether your 12-year-old boy is constantly playing violent video games or is becoming a bully. In my opinion, it is literally insane that so few Americans raise an eyebrow over violence on TV and in pop culture, but a reference to sex raises the roof.