News Around the Kingdom: Vintage Madness and More! 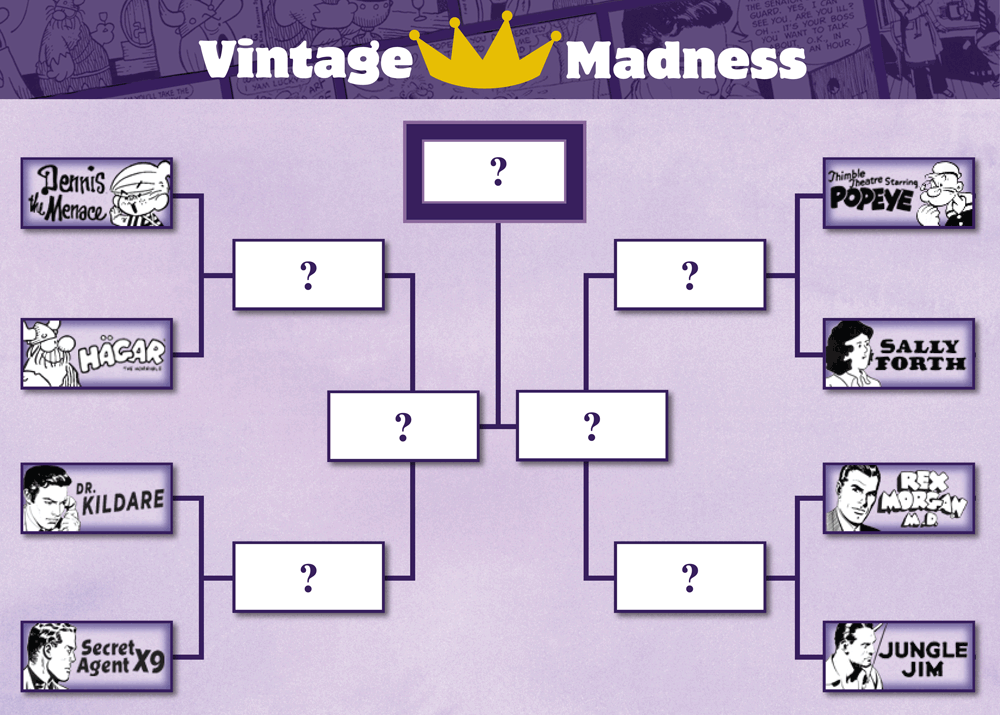 It’s been quite a week here in The Kingdom. The BIG news is, the fans have spoken, the cuts have been made and we have The Royal Eight for the next exciting round in our bracket-style competition, Vintage Madness! 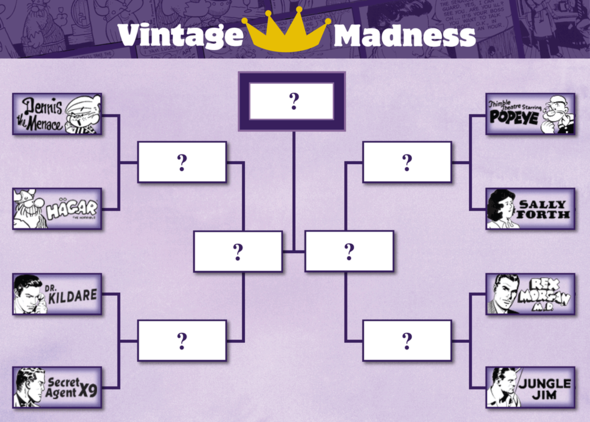 Over the next three weeks, these comics will go head to head, panel to panel in an epic battle to be the last vintage comic standing! The comic with the most votes will be added to Vintage Comics line-up. The Vintage Comics section is accessible to Royal members only, but any user can access the Vintage archives for free with a seven-day trial subscription. If you are interested in taking part in Vintage Madness, take a look at the first matchups of our eight vintage comic contenders and vote for your top 4 favorites here.

Remember to follow the “Ask the Archivist” blog every Thursday for the latest Vintage Madness action, updates and standings.

In this week’s Ask a Cartoonist, a number of our brilliant cartooning talents responded to our question and gave us the inside scoop on the best strip they’ve ever written or drawn and how they were inspired to create it, It was fascinating reading!

On her Tina’s Groove blog, Rina Piccolo reveals that her interests in her craft go beyond researching eateries and human behavior. Check out her fascinating discovery that doodling is an ancient art.

And finally, The Pajama Diaries cartoonist Terri Libenson shares the inspirations behind this Sunday strip she did a couple of weeks ago that proved very popular with her readers.

Thanks for catching up on this week’s News Around the Kingdom. Join us again next week and don’t forget to cast your vote for Vintage Madness!