Thanks to all of you who rocked the vote in the first elimination round of our 2015 Vintage Madness competition! You’ve helped us whittle down the playing field to just eight contenders that will go head to head over the next four weeks in an epic battle to remain the last vintage comic standing. The prize? The comic with the most votes will win bragging rights – and be added to our Vintage Comics line-up.

As you know, the Vintage Comics section is accessible to Royal members only, BUT any user can access the Vintage archives for FREE with a seven-day trial subscription.

And now, without further ado, here’s the BIG REVEAL – the eight contenders YOU chose:

SECRET AGENT X-9/CORRIGAN was created by the famed author Dashiell Hammett, and lasted from the days of the G-Men into the superspy era. Corrigan was pitted against gangsters, then Axis and later Communist saboteurs. Great artwork gave it a film noir look.

DENNIS THE MENACE. Hank Ketcham’s mischievous bad boy has been spreading a path of muddy footprints, broken bric-a- brac and laughs for more than half a century. 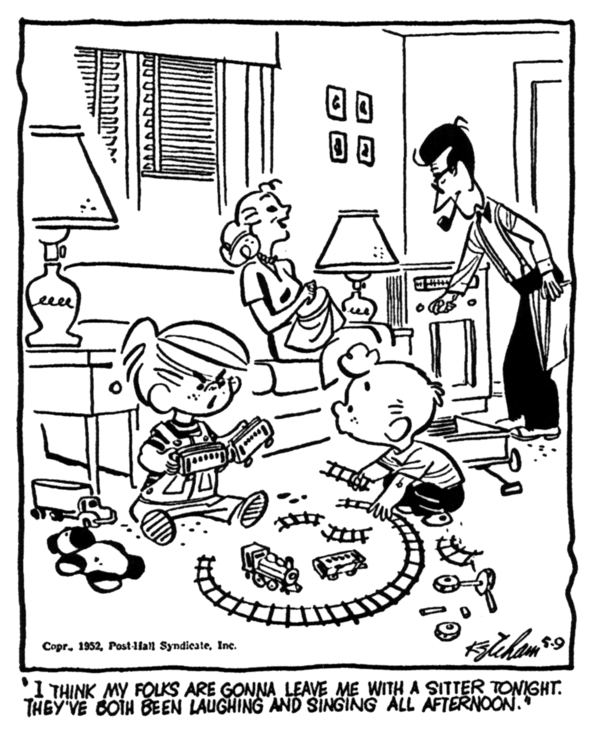 THIMBLE THEATRE. The home of Popeye and his adventures visiting strange lands and fighting weird and sometimes ridiculous enemies, helped or hampered by his best friend, Wimpy, and girl friend, Olive Oyl.

HÄGAR THE HORRIBLE is the saga of a not-really-so-horrible Viking who comically deals with his inept crew and demanding family. Marauding through Europe, their plunder might be jewels and gold, or, just as likely, pizza and beer!

REX MORGAN, M.D. is a small-town doctor, encountering all manner of maladies that can affect the people that come in and out of his practice, often depicted in a frank, realistic way. For romance, he married his office nurse, June Gale, and now has dramatic family stories to tell.

SALLY FORTH. I often wonder how many newspaper readers suspect that, from the very beginning in 1982, the cartoonists behind Sally Forth have always been men – especially since the strip stars a woman juggling her roles as wife, mother, and middle-management executive.

DOCTOR KILDARE was based on the 1960s television series starring Richard Chamberlain, covering the career of the young intern at Blair Memorial Hospital, and his relationships with his mentor, Doctor Gillespie, and the temperamental patients in their care.

To take part in Vintage Madness, review the list of our eight vintage comics contenders carefully and make your selections. Vote for your top 4 favorites here. And be sure to marshal all your friends into action, too. Share links to the voting page on Facebook and Twitter so your favorites win!