Ask The Archivist: Vintage Madness Is Back! 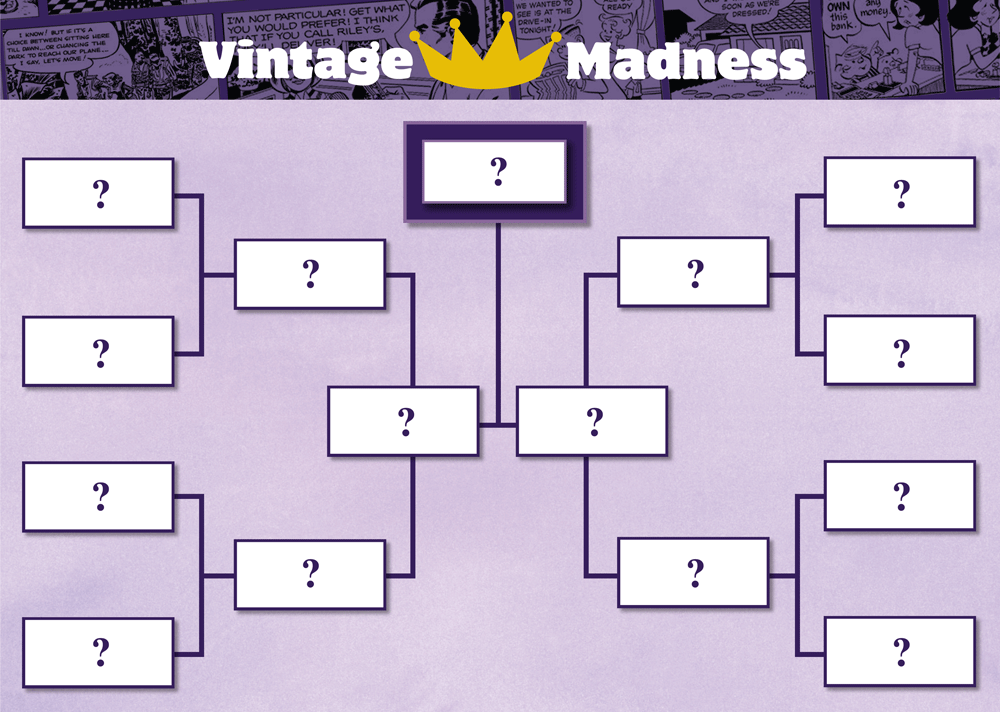 The Vintage Comics on ComicsKingdom.com is for Royal members only, but any user can access it for free with a free trial. Membership has its privileges — Comics Kingdom Royals enjoy unparalleled access to a vast array of comic strips created by some of the greatest cartoonists in comics history.

Over the next four weeks, eight comics will go head to head, panel to panel in VINTAGE MADNESS, an epic bracket-style competition in which the last vintage comic standing will be crowned winner! The comic with the most overall Comics Kingdom user votes will be added to Comics Kingdom’s Vintage Comics line-up. 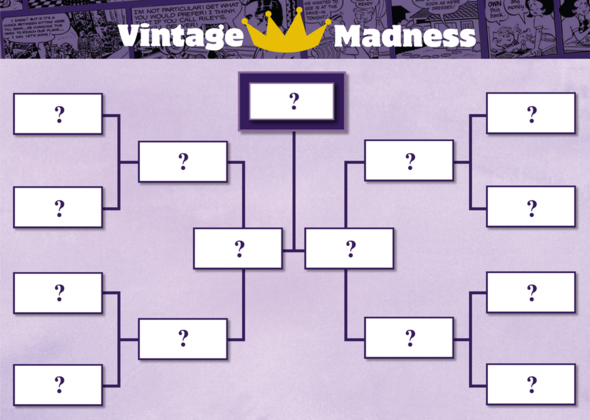 Each match-up will be announced on Thursdays in the “Ask the Archivist” blog post. The first round of seeding begins TODAY and runs through 11:59 p.m. on Monday, March 30, 2015. You can view the full list of vintage comic contenders and vote for your top 8 favorites here.

Next week, the playing field will be set and we will announce the final eight comic contenders! Which eight comics will emerge from the Comics Kingdom’s archive shadows and compete for the highly coveted Vintage Comics spot?  Will a time-honored continuity strip reign supreme or will the popular and beloved gag-a-day comics pull ahead as the Royal favorite?

Create your own user feedback survey

Remember to follow the “Ask the Archivist” blog every Thursday for updates and to see where your comic(s) ranks in the latest standings here.