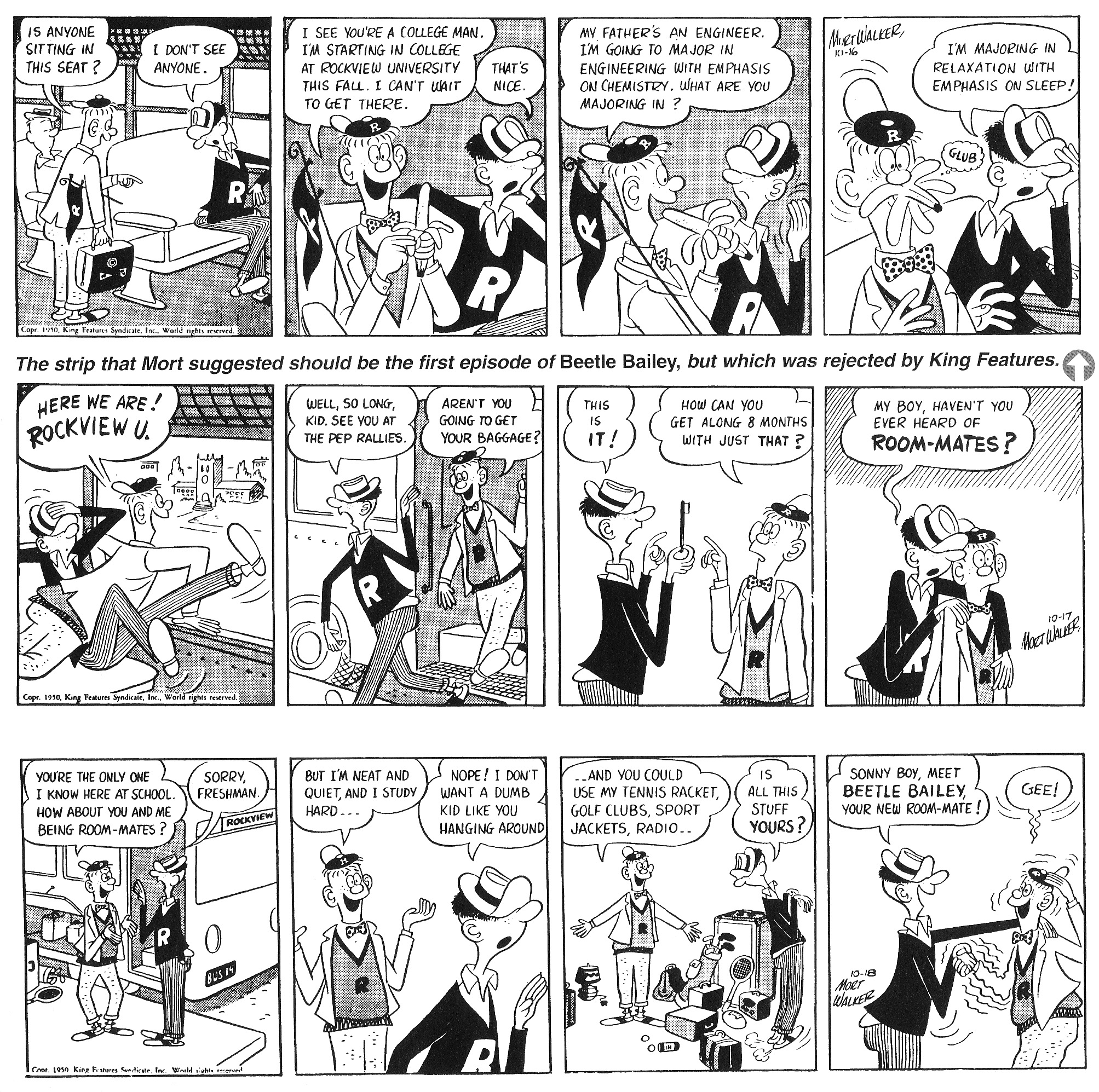 After King Features accepted Mort Walker’s college strip, starring Spider, and re-named it Beetle Bailey, they discussed a suitable launch date. The syndicate initially proposed October 16, 1950, and the first weekly batch of six strips needed to be chosen, in collaboration with Mort. The promotional campaign for the new strip was prepared, which included a presentation brochure in color, a selection of strips on paper proofs and a press release.

The first week of strips was critical – it would determine how successful the syndicate’s representatives would be in their efforts to sell Beetle Bailey. At the time, it was customary for sales representatives to travel all over the country and personally visit newspaper editors to persuade them to buy their syndicate’s features. There were many strips being offered, so it was not always easy to sell a new strip.

These six strips, from Mort’s private archive, were the ones he initially selected for the first week. King Features rejected the first, fourth and fifth strips and they were never published. 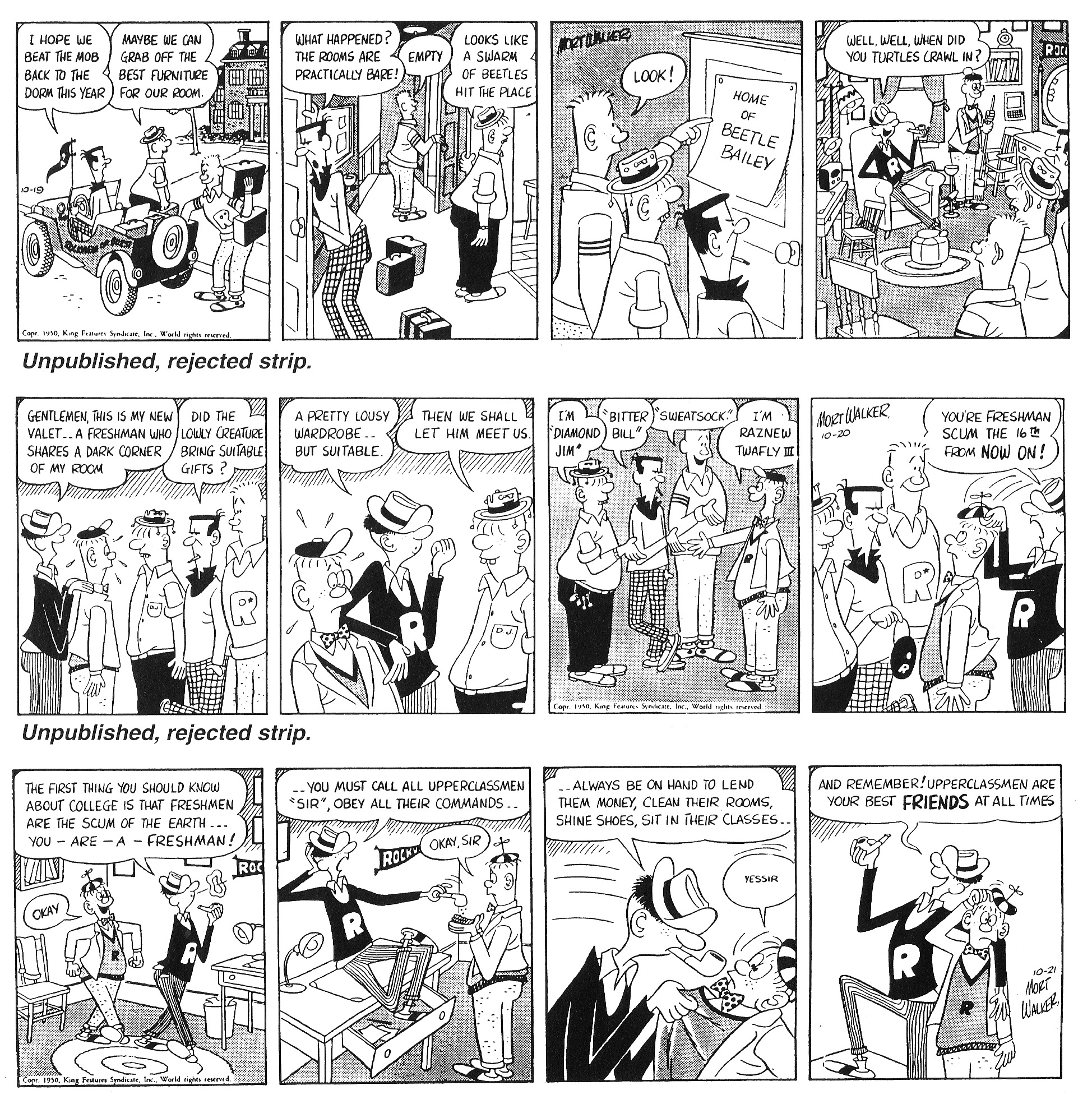 In the next post we will show the first week of strips, as they appeared in newspapers, starting on September 4, 1950.