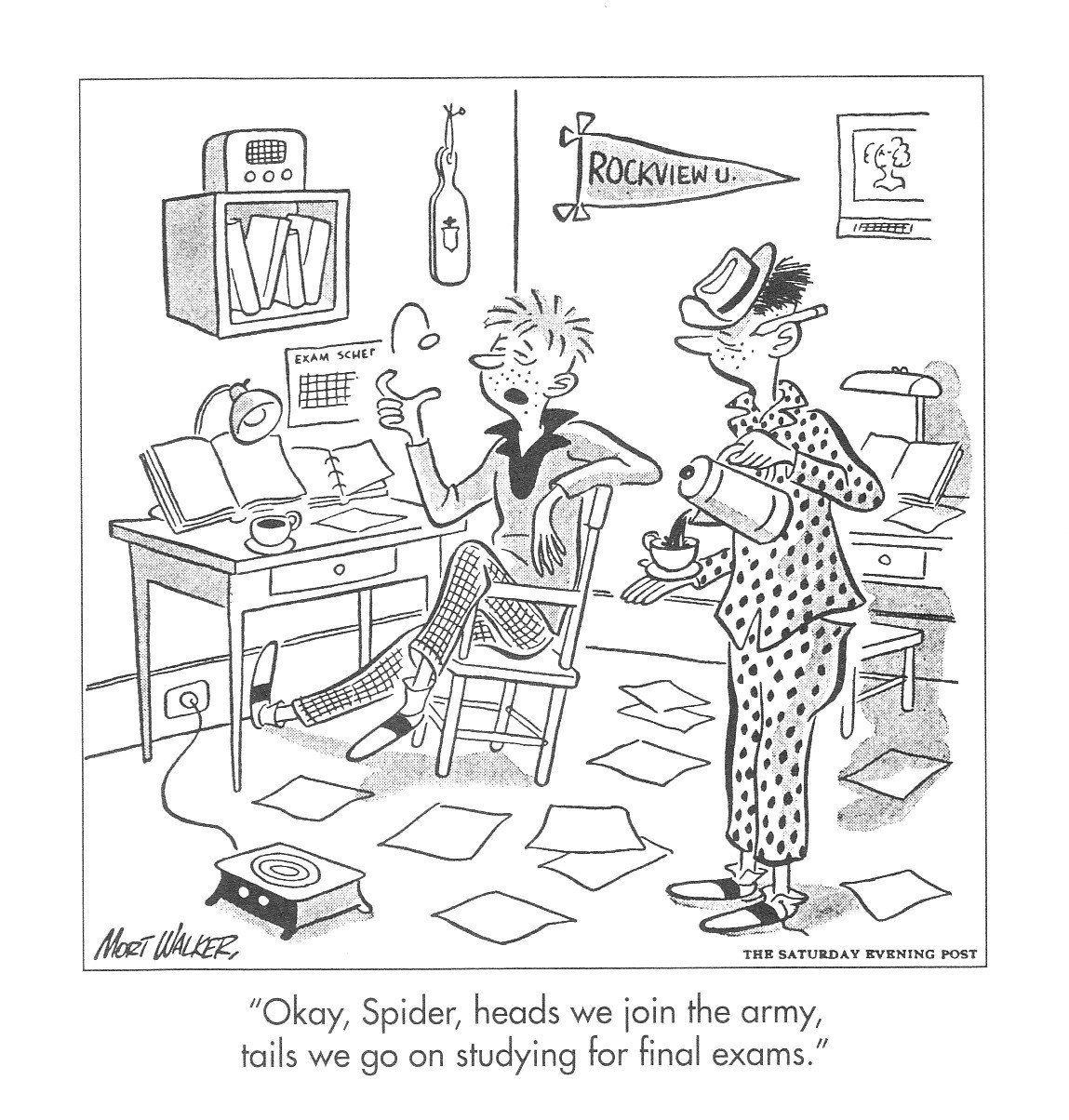 Mort Walker was working as a magazine cartoonist in New York when John Bailey, the cartoon editor of the Saturday Evening Post, encouraged him to do some cartoons based on his college experiences at the University of Missouri. One character, a goof-off with a hat over his eyes named “Spider,” emerged from these efforts.

After selling a few college cartoons to the Post, Mort then decided to submit a comic strip to King Features Syndicate starring Spider and his fraternity brothers. When King bought the strip, Mort changed Spider’s first name to “Beetle” (another King strip, Big Ben Bolt, had a character named Spider) and added “Bailey” in honor of John Bailey.

Here is an advertisement for the strip that ran in Editor & Publisher on August 19, 1950.

Beetle Bailey debuted inauspiciously in twelve newspapers on Sept. 4. 1950. After six months it had signed on only twenty-five clients.

Stay tooned for more on the history of Beetle Bailey.