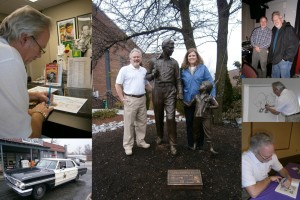 Recently, I was invited by Pat Gwyn, Director Of The Mount Airy (NC) Public Library, to give a Snuffy Smith Chalk Talk and tour The Andy Griffith Museum. Being a huge fan of The Andy Griffith Show, and never having visited his hometown of Mount Airy, I was excited to take her up on the offer!

A photo collage of events from the weekend.  For many more photos just look below… 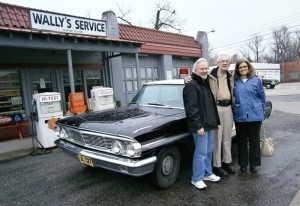 My wife, Karen, and I at the original Wally’s Service Station with our wonderful Squad Tour Guide driver, Melvin Miles. 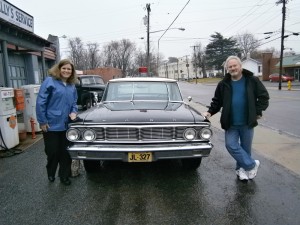 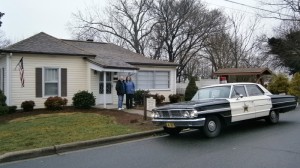 The actual home where Andy Griffith lived as a child in Mount Airy. 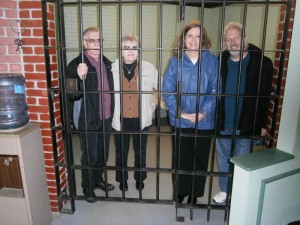 Karen and I in the Mayberry Jail with our wonderful friends and guides for the day, Mount Airy residents Wayne and Cindy Martin. 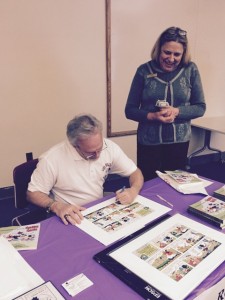 Signing a piece of Snuffy Smith art for the librarian that invited me to come and visit and give a chalk talk , Pat Gwyn. 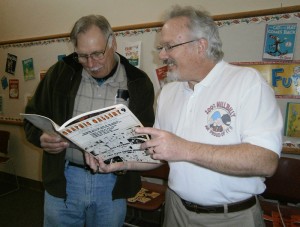 Barney Google and Snuffy Smith fan, Bob Lackey, showing me a page in a book that features the Billy DeBeck original Barney Google art that he owns. Bob has a wonderful knowledge of comics and often comments on the Comics Kingdom website and my Snuffy Smith website, as well.  I was so happy to get to meet him! 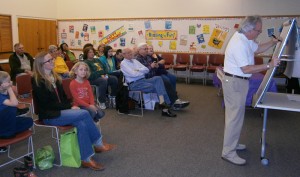 A photo capturing a small section of the audience.  Jerry, the gentleman in the front row with his arms and legs crossed, showed me a photo of a special Snuffy Smith birthday cake he was presented on his 75th birthday!  It was amazing! 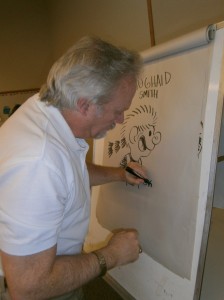 Adding my signature and the King Features copyright on the large drawing of Jughaid I had just completed for the audience. 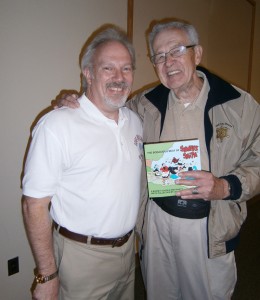 I was glad Melvin could stop by the library between giving Squad Car Tours! Melvin is a retired high school teacher and author, as well.  Earlier in the day, I had gotten a copy of his book, “Eng & Chang: From Siam To Surry,” which chronicles the lives of the first Siamese Twins.  I am looking forward to reading it! 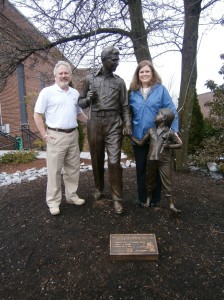 Karen and I with the famous statue of Andy and Opie outside The Andy Griffith Museum. 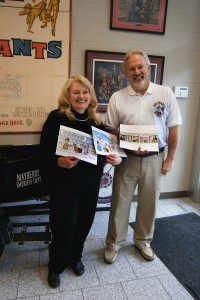 In the lobby of The Andy Griffith Museum with Museum Director, Greta Hinson. I donated a signed color print of my Barney Google and Snuffy Smith comic strip for display in the museum. That particular strip mentioned The Andy Griffith Show.  You can see it in the blog post before this one.  I also donated prints of editorial cartoons I created upon the death of George “Goober” Lindsey and Andy Griffith.

What a bee-yoo-ti-fully bodacious weekend we had in Mount Airy (Mayberry)!  I can’t wait to go back!  Many thanks to Cindy Martin and Pat Gwyn for the photos.