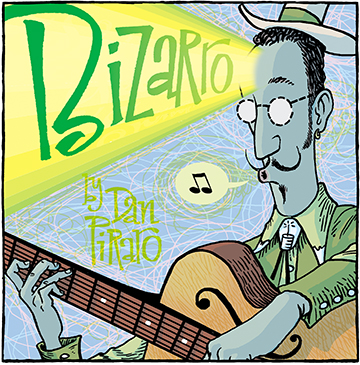 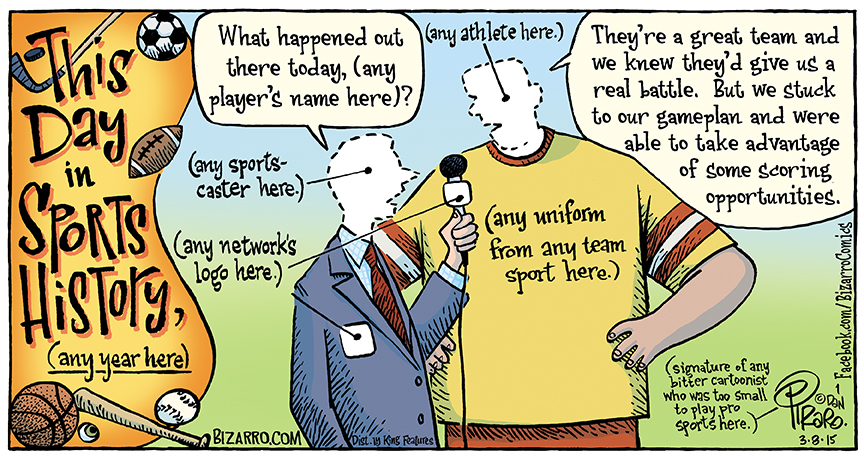 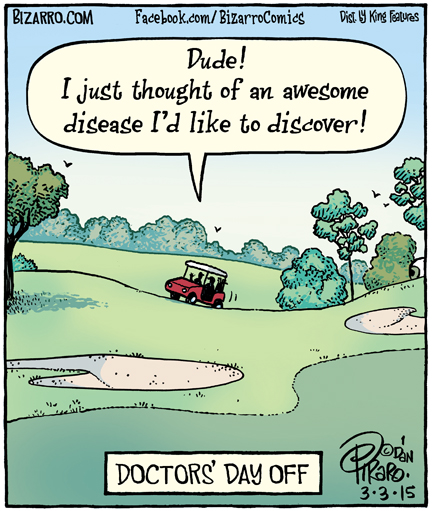 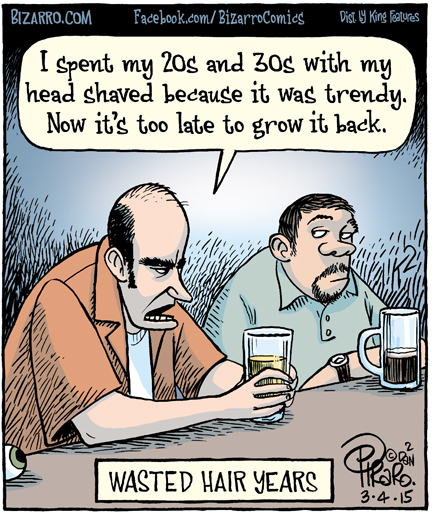 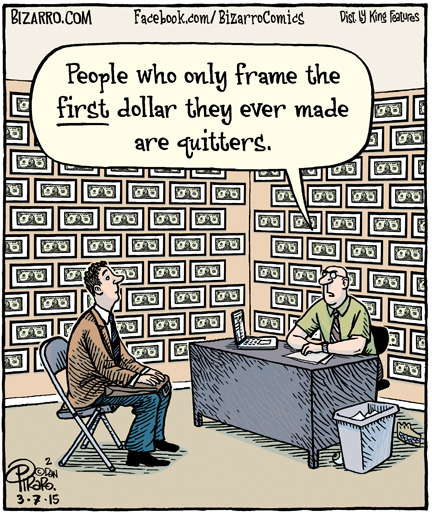 (For a more festive experience, click any of these cartoons and make it bigger!)

Bizarro is brought to you today by Fear of Balls.

IN the comments section of this cartoon on King Features’ site, a couple of readers were debating whether or not I was a sports fan. I’m one of those rare Bohemian, artistic types who is. I follow football and hockey pretty closely and as a kid played pretty much any sport my school or community offered: football, baseball, basketball, track, soccer, tennis. I gave most of it up in high school because I was too small to be given a decent chance by short-sighted coaches and also because I began to be acutely aware of the social differences between  creative types and jock types. But I still enjoy sports and physical activity of most kinds. (Except for those featured in the “Jackass” movies.) What I don’t enjoy (and never have) are interviews with players and coaches––as dull and predictable as political debates.

Monday’s cartoon about the pimped-out puppy is a reference to the Superbowl commercial from Budweiser. (I think.)

Tuesday’s cartoon is about something I don’t consider as much of a sport as a game. I find it too dull to watch. I’d watch full-contact golf, though.

Wednesday’s cartoon is about the baldness trend. Even before my hairline began receding I was happy to see shaved heads become fashionable. As a kid, I thought Telly Savalas and Yul Brynner were cool. Plus, to my eyes, anything looks better than thin, see-through hair, or, GOD FORBID, the comb-over.

I’m proud of my party store cartoon from Thursday and a little surprised my client papers didn’t object to it. You’d be surprised how puritanical some newspaper editors can be about the funny pages. But they are getting better; ten years ago I’d likely not have gotten away with this gag.

Friday’s Starbucks cartoon is my favorite of the week, I think. To me, it says a lot.

Saturday’s gag makes me smile, too. I love the idea of a guy who frames every dollar he ever makes. That’s why his office is so spare, in fact.

BIZARRCHIVES: I’ve not posted an old comic from the archival dungeon lately, so here’s one about golf that I hope you enjoy.