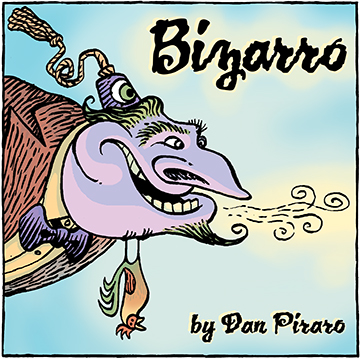 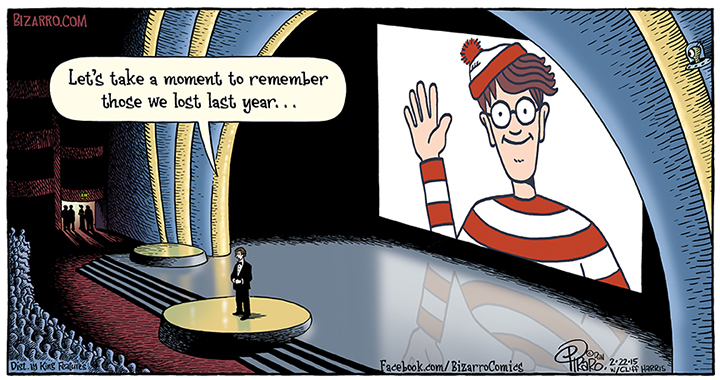 (Indulge your desire to embiggenate these cartoons by clicking them.)

Bizarro is brought to you today by Scaring a Child to Death.

It’s Oscar night tonight and this cartoon satirizes the Academy’s habit of showing a short video of the showbiz people who have died since the last Oscar ceremony. But I used an alternate meaning of the word “lost” and applied it to a famous fictional character who is perennially just that. That’s it. No secret meanings or messages. (I got asked if this was in reference to the Charlie Hebdo event.) 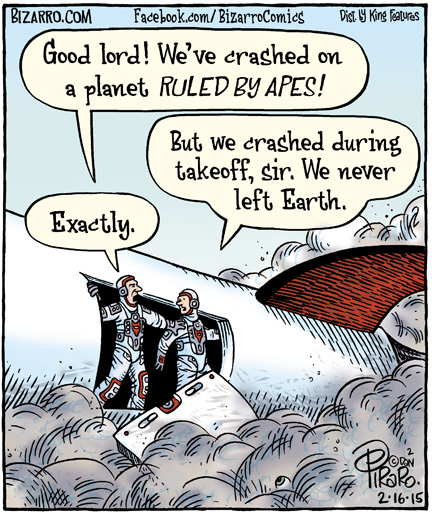 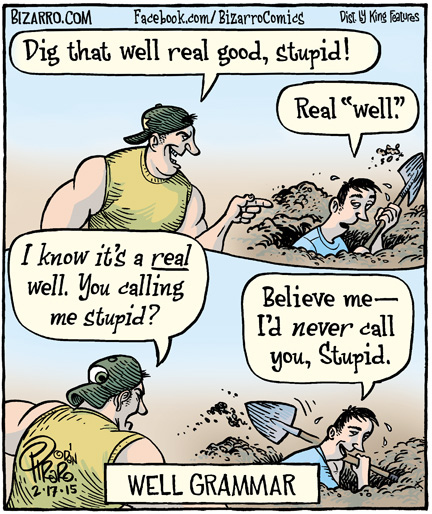 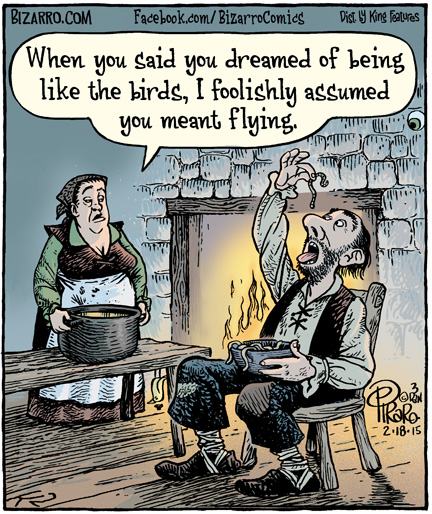 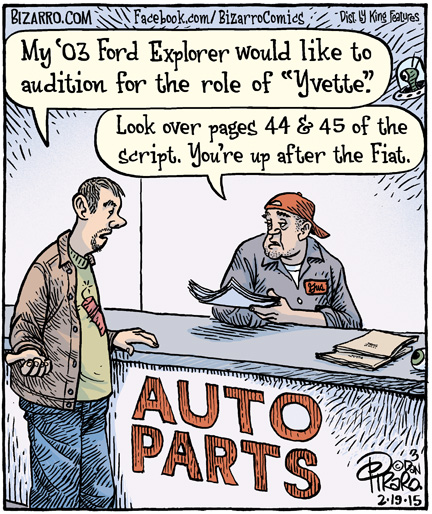 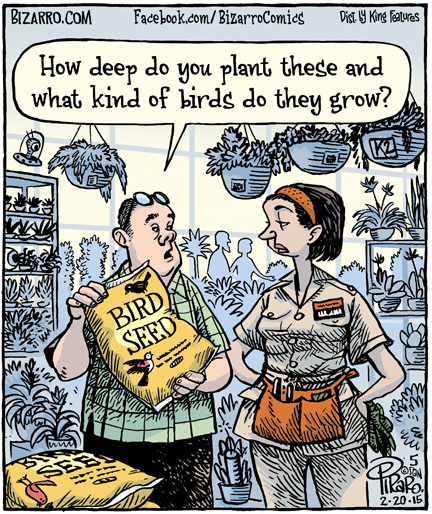 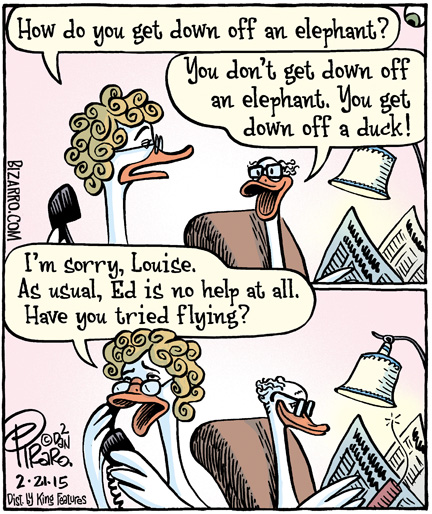 The rocket-crash cartoon was inspired by Planet of the Apes, of course, and is meant to be a couple of futuristic space travelers commenting on what an abysmal job we humans have done of “ruling” the earth. On King Feature’s web site, the comments below this cartoon devolved into a discussion of religion, evolution, and racism. (The most offensive racist comment has since been deleted by King Features) I’ll be honest, the tendencies of Americans to wallow in this kind of gutter sometimes makes it hard to keep myself from jumping off of something very high. In responding to this unfortunate conversation, I came across a recent Gallup poll that shows that nearly half of all Americans actually believe the mythological account of creation in The Bible over the facts our most intellectually gifted humans have discovered about our planet and it’s inhabitants over many centuries of accumulated knowledge. Nearly HALF. So embarrassing. You can read the comments here if so inclined.

The “well grammar” cartoon got picked up and forwarded a lot by some grammar sites, which was fun. Side note: even the grammar nazi in this cartoon makes a grammatical error (“real” instead of “really”) but I needed to use that tense to make the joke work. Sorry, grammar commandants.

The bird/worm cartoon is just a joke. A few readers thought it might have some literary or historical reference, but no.

My “auto parts” gag is a bit of fun wordplay. I just saw the truly amazing film “Birdman” last night and this cartoon reminds me of it in a way. Not because my cartoon deserves an Oscar (as Michael Keaton most surely does) but because it’s about a surreal theatrical endeavor.

My gag about bird seed is more wordplay as that seems to be the theme of the week. I’ve enjoyed thinking this way since childhood. If carrot seeds grow carrots…

And the duck gag is a dramatization of the ancient children’s riddle. If you were puzzled by this cartoon, it’s likely you just never heard the joke. Sorry about that.

BIZARCHIVYNESS: My Waldo/Oscars gag and it’s different meaning of the word “lost,” has reminded me of an old favorite gag of mine from 2000, shown below. I used the name Van Amerongen as a shout-out to my buddy and fellow cartoonist, Jerry Van Amerongen, creator of “The Neighborhood” and “Ballard Street.” He’s a funny guy and just the sort to pull this kind of stunt. 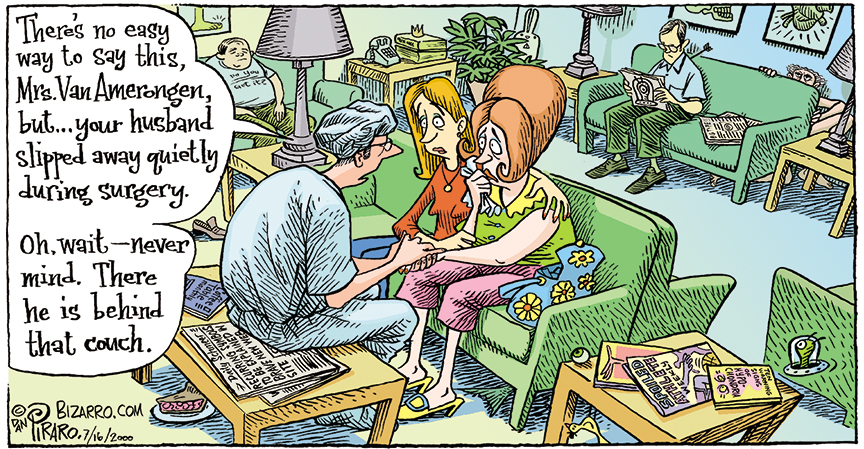