Whew! It’s bitter cold in New York City, but even the chill couldn’t stop me from trekking to Times Square for a very special one-of-a-kind experience. It’s not often that we get to see our favorite Comics Kingdom characters larger than life in lights on the streets of New York, but until the end of February, you can see Sherman in an important PSA about sustainable seafood by Jim Toomey, playing on the wall of 1500 Broadway! Here I am visiting him! If you want to watch the PSA on its own, you can view it here:

If you’re not brave enough to venture outdoors in the bitter bitter cold, though, we’ve ALSO got fun news about a nerdy card game you can play around the fire! There’s currently a Kickstarter campaign to raise money for the sequel to the “Redshirts” card game — a game designed by Intelligent Life cartoonist David Reddick. The sequel, called “Leprechaun’s Revenge” features David himself as a card in the pack you can buy! To get a copy of the original Redshirts Card Game, click here.

To Check out the Leprechaun’s Revenge Kickstarter, click here. 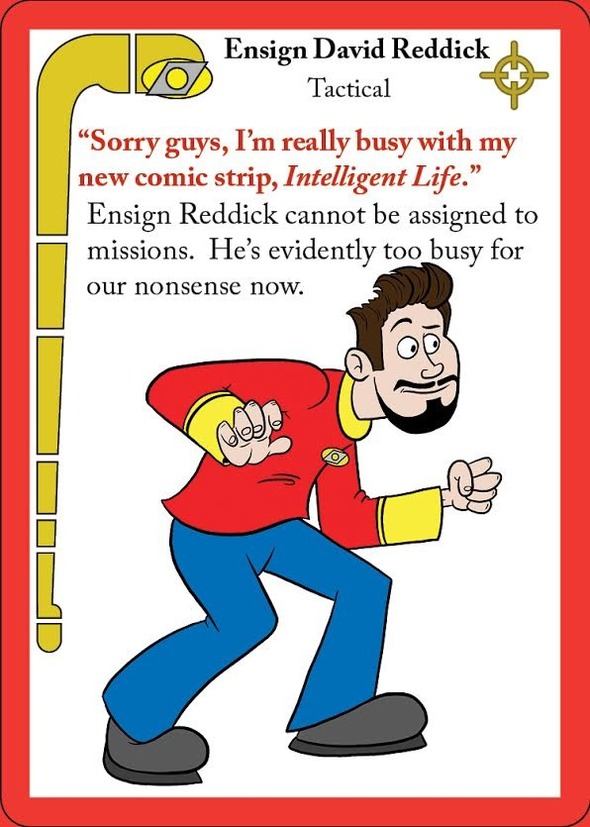 So here’s to lots of card-playing and sustainable fish-eating this Presidents’ Day! I know Washington and Lincoln would approve!!!