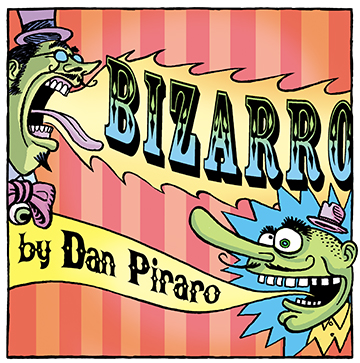 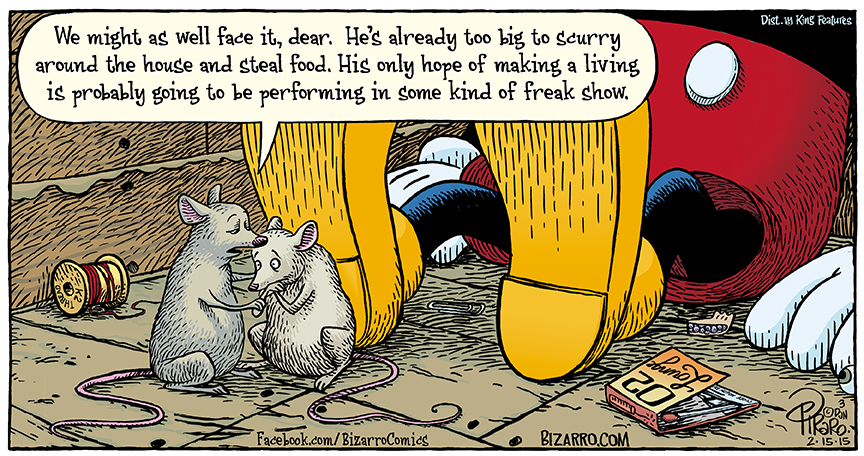 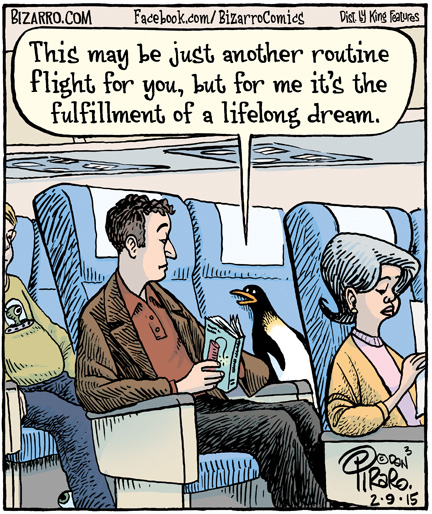 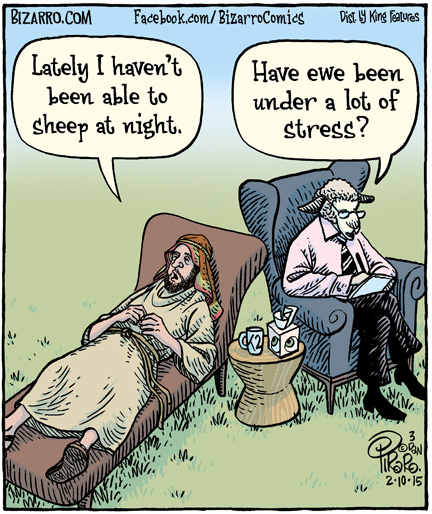 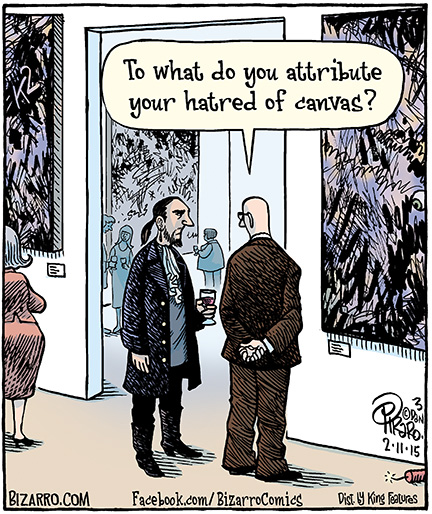 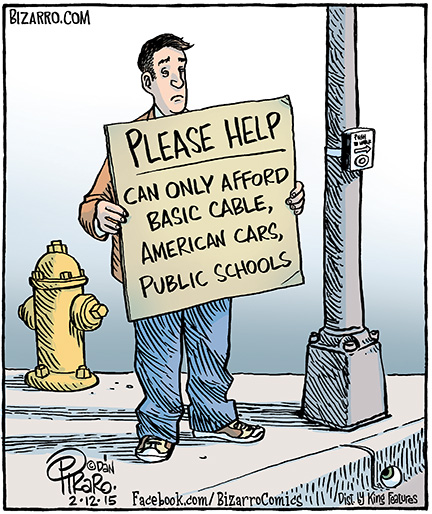 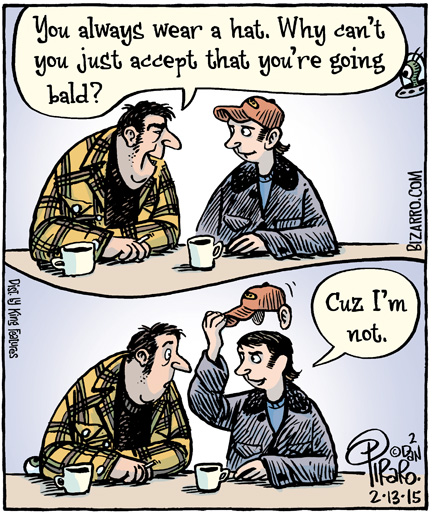 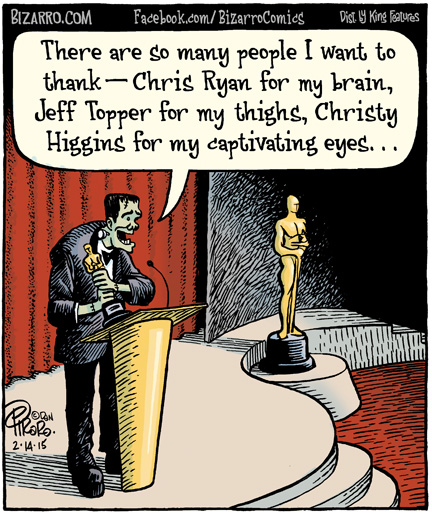 (Make your comedy world bigger by clicking these comics.)

Bizarro is brought to you today by Romance.

I hope you had a dandy Valentine’s Day this weekend. Olive Oyl (seen here with her grandmother) and I went to Topanga Canyon to visit some friends and take a lovely hike. Afterwards, the four of us went to a small, out-of-the-way Thai restaurant and had dinner with The Edge (guitarist for U2). And by “had dinner with,” I mean that he was at the next table with his wife and daughter and did not acknowledge our existence. But still, it was as close to having dinner with The Edge as we’ll likely ever get, so it was fun.

Let’s talk cartoons: Today’s big Sunday extravaganza tells the back story of how Mickey Mouse became the multitalented rodent icon that he is. Take heart, young, unknown performers! If a lowly mouse can do it, so can you!*

Monday: A friend of mine pointed out that there’s a commercial on TV these days with a penguin on an airplane. I’d not seen it until I viewed the link he provided and it has nothing to do with the gag here, so this information is meaningless.

Tuesday: Here’s a couple of puns about sheep and an unusual therapist/client relationship. I used to be a little ashamed of puns but I’ve decided to come out of the closet and admit that I really like certain kinds. And I’m not the only one; Alfred Hitchcock said that puns were the highest form of literature. And he was British.

Wednesday: As an artist, I have strong feelings about art. Messiness in and of itself is not art by my standards. I suspect Jackson Pollack happened to be doing what he did at a time when doing anything for the first time was applauded. If he’d done it at any other time in history (past or future) he likely (and justly) would have been ignored. In general, I think that a great deal of what the fine art world embraces is simply “The Emperor’s New Clothes,” over and over again. My blog, my opinion. Your results may vary.

Thursday: LA is a city with a lot of conspicuous wealth: fabulous houses, amazingly expensive cars, plastic surgery, etc. Especially here, but anywhere in the world these days, it is easy to feel left behind because you’re not fabulously rich and famous. When this happens to me, I remind myself that even the lower middle class in America have a higher standard of living than most people on Earth. And, even more important, that wealth and fame never made anyone happier than they would’ve been otherwise.

Friday: I thought of this gag because a random Internet troll once told me that the only reason I wear a hat most of the time is because I’m losing my hair. My response was that by that standard, people only wear gloves because they are losing their fingers.

Saturday: I needed three names for this gag so I chose three friends of mine. Chris Ryan is an author and new friend, Jeff Topper is my show-biz manager and nanny, Christy Higgins is my colorist and life coach. And she has the dreamiest eyes.

*But the odds are astronomical against it.