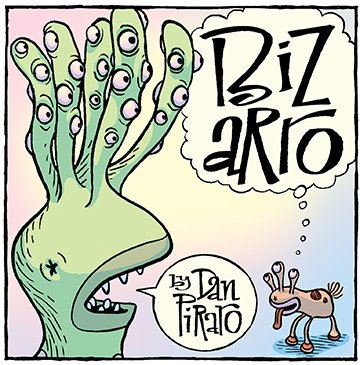 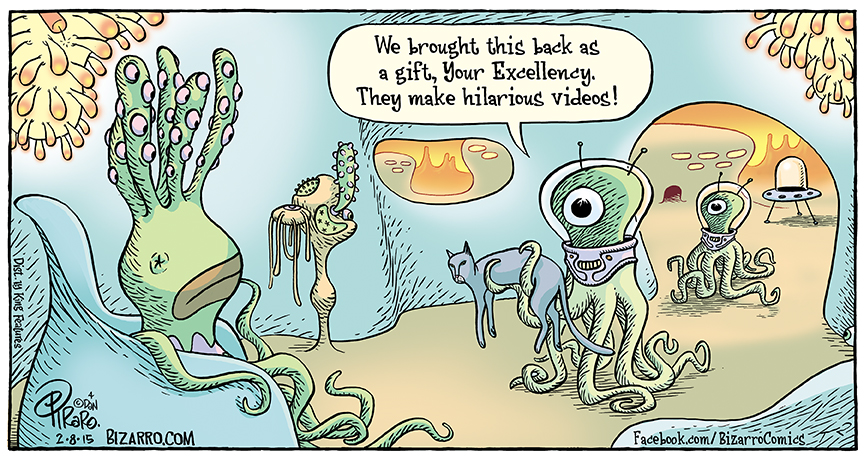 (To see any of these cartoons enlargered, give them a good click in the teeth.)

Bizarro is brought to you today by Spot the Imposter(s).

I was abducted by extraterrestrials not long ago and while I was being whisked away to another space/time dimension, they happened to be fooling around with my cell phone and came across a cat video which they thought was hilarious and adorable. I immediately thought this might make a good cartoon if I should ever find my way back to Earth and need to write cartoons again. Long story short, in an amazing display of ingenuity, courage, and derring-do, I managed to escape captivity and find my way back to my desk in time to draw this and submit it before deadline. Man, being a cartoonist is exciting sometimes. 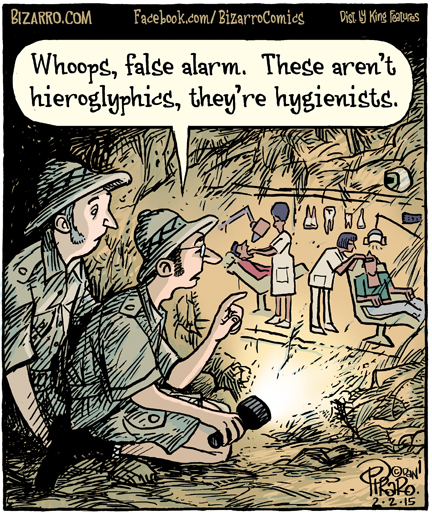 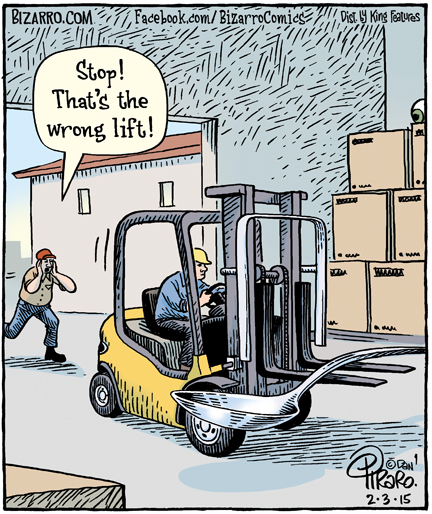 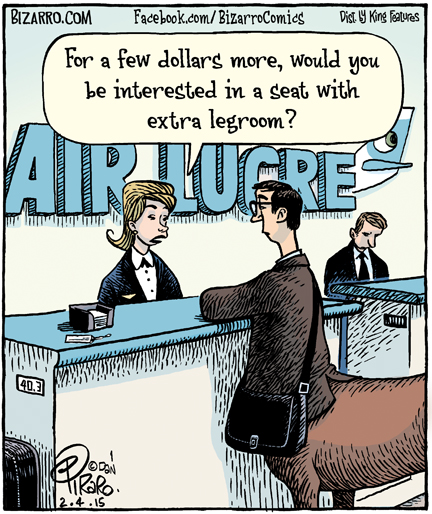 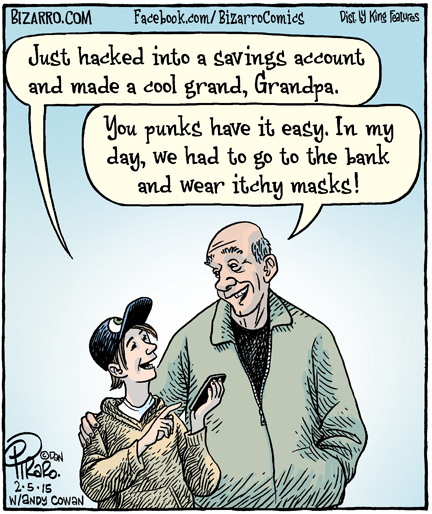 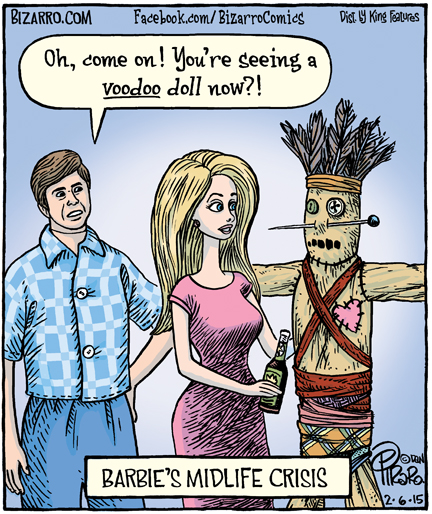 Earlier in the week, I published the following six cartoons. A couple of them inspired readers to write to me with questions and comments that I thought you might find interesting.

Being a long retired “fork lift” mechanic, your “latest”, caused me to study it for the humor. So the “fork lift” is lifting the “spoon”??? They are also referred to as “Towmotors”, “lift trucks, and Lifts. So anyway I am once again reminded of the fact that “someone” will pay people for “anything”.

I’m honestly not sure if this is hate mail or not, so here’s how I responded:  I have no idea what you’re talking about here, Chuck, but at least I learned some new names for forklifts.

The cartoon published on Feb 2 with the elderly gentleman talking to his grandson attracted this comment: While I usually like your comic, today’s cartoon was in very poor taste in light of the Anthem (insurance company) hack which will affect millions of customers, and by the way, you are rewarding the little buggers for a cowardly act, in jest I know, but people now days take EVERYTHING as a cue to do a cowardly thing…

I get this kind of complaint from time to time because many people assume that joking about a crime somehow rewards/encourages criminals. I suppose anything’s possible but I think most people commit crimes for the money, not the vicarious thrill they may get from a cartoon that refers to the same kind of crime. I should 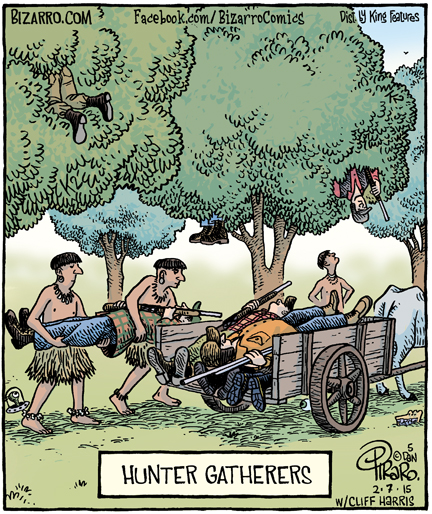 also mention that the writer of that comment and I had a nice e-conversation about it, made up, and are on good terms. As I mentioned above, the life of a cartoonist can be very exciting.

cartoon of the week before the big Sunday extravaganza was this peculiar wordplay brought to me by my good friend Cliff The King Of Wordplay. Some people call any kind of pun a “groaner” but I think puns that catch you by surprise are chuckle-worthy, so I soldier on undaunted. This one is especially funny to me because I’ve been reading a lot about hunter/gatherer societies both past and present. The more I read, the more I lament that we ever became “civilized.” Too late now, of course.

Have a zesty week, Jazz Pickles!