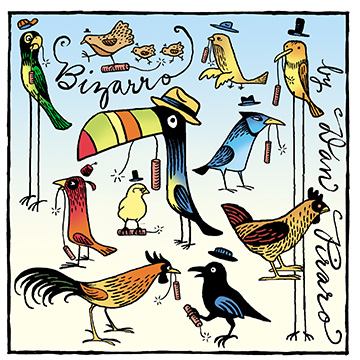 (Make any cartoon bigger by clicking it. Whatsamatter? Scared?)

Bizarro is brought to you today by This Kind of Music.

Those of you who read my ramblings regularly know that I’m no fan of the human race. We were terrific up until the invention and widespread use of agriculture, and then everything went to hell in a relatively short amount of time; war, disease, pollution. Yes, agriculture caused all of that.  Not much can be done about it now in the same way that you cannot put toothpaste back into a tube once you’ve given it a good hard squeeze, but it is lamentable. As things are now, the last thing the world needs is more humans, so this cartoon is about that.

It is rare that I will use a stormy sky in one of my cartoons that is not about a storm (I use them on cartoons about the Noah’s Ark myth but rarely any other time) but I thought in this case it lent a certain deserved ominousness. I hope I don’t live to see the end of the comfort we have built for ourselves here in America, but I very well might. Yikes. 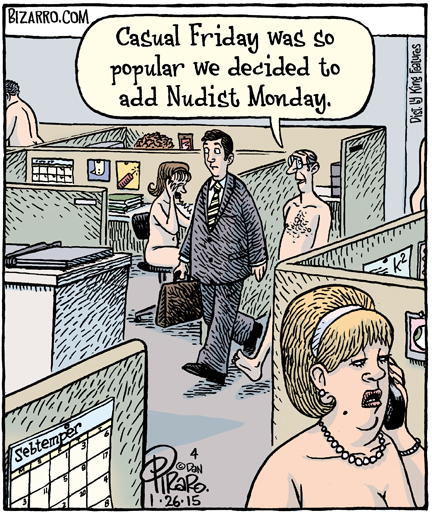 I also did some other cartoons last week and here they are. I usually post the panel (vertical) and strip (horizontal) versions of the cartoons but today I decided if the strip version doesn’t add anything new, what’s the point of posting it?  Let me know if that  bothers you and why it would behoove me to 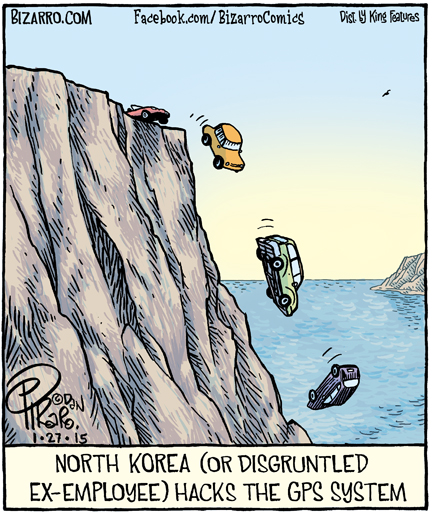 spend the extra time to remedy that.

Regarding specific comments about these cartoons, I have nothing to say about the naked office or GPS cartoon, but would like to say I have no idea what I was thinking when I did the one about slaves rowing a ship. For some reason, I wondered what

could be worse than being a 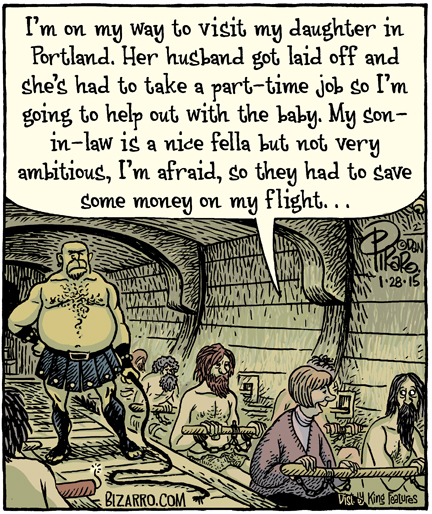 slave rowing a ship in olden times, then thought of one of those overly-chatty women on airplanes that I loathe getting stuck next to and thought, yes, that would be the worst of all possible worlds. I don’t think it’s a particularly successful cartoon, but then I have published nearly 11,000 gags in my life so I’m due a clinker or two. 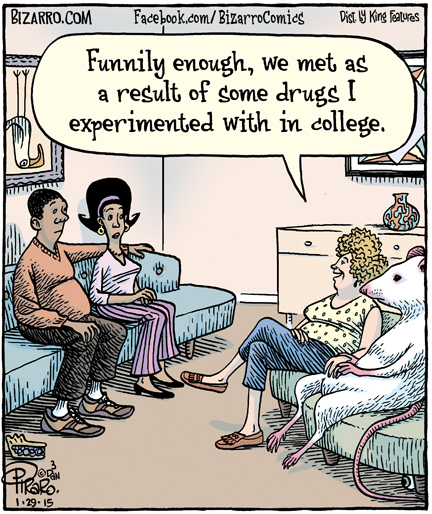 Come to think of it, there were a couple of pretty weird cartoons this week. The rat cartoon is terribly strange, but in a good way, I think. Are we supposed to assume that this woman is in a long-term relationship with a giant rat? And that her comment about drugs in college somehow explains it? I guess we are. 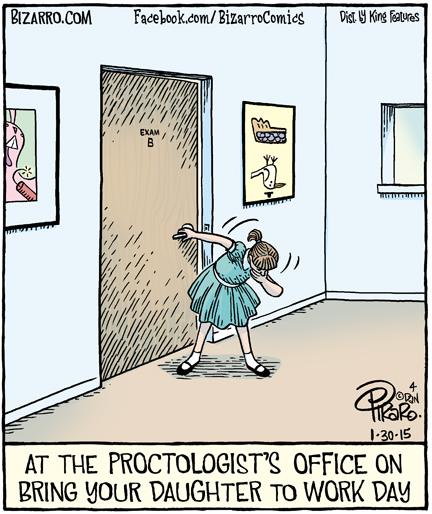 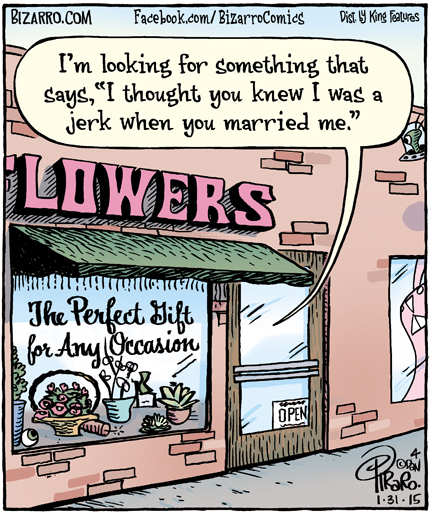 of this proctologist gag. Take Your Daughter To Work Day, which is now called something like “Take Your Child To Work Day” because they suddenly realized the rather absurdly blatant sexism in the original name, has always amused me but I don’t think I’ve ever done a cartoon about it. As I thought about a place a child would definitely not want to be taken to work, this scenario immediately came to mind because I’ve never been able to understand what kind of person goes all the way through the rigors of becoming a doctor, only to choose to specialize in diseases of the asshole. Assholes are unpleasant enough when they’re healthy.

This last gag about being a jerk was brought about by the fact that Olive Oyl and I are moving in together at the end of February and I can’t help but wonder if she’s making a huge mistake. I’m sure I’m not making a mistake, but I can’t say that she’s not.  After my most recent divorce, I suspect I’m not that easy to live with.