This week, since we have as our guest bloggers career advisers J.T. O’Donnell and Dale Dauten, whose column is syndicated by King Features, I wanted to take a look back at classic comic-strip bosses.

Throughout the years, the office has been the setting for many strips, notably because of the protagonist’s relationship with the boss. He or she can be benevolent or bête noire. Sometimes the lead character is a boss, which I guess is only fair. Here are a few memorable examples: 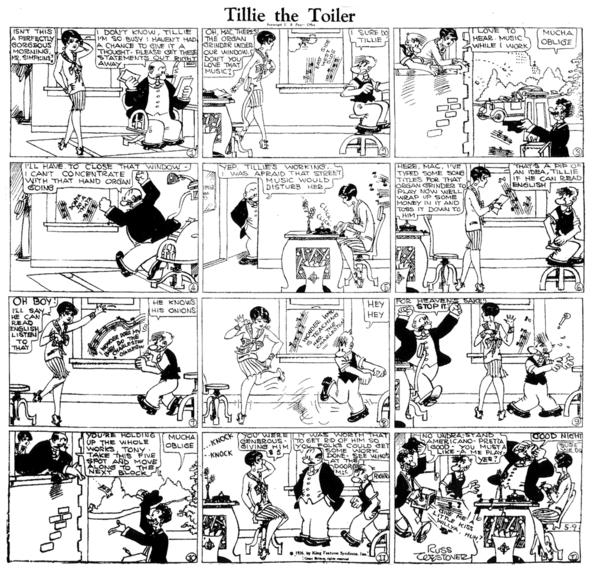 TILLIE THE TOILER 9 May 1926. In this early office-themed strip, Tillie was often much-less-than-helpful help for her boss, Mr. Simpkins. 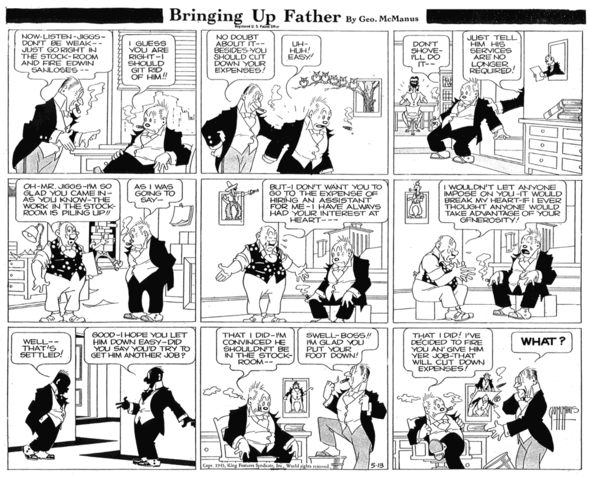 BRINGING UP FATHER 13 May 1945. Better known for his problems at home, Jiggs was also a boss at his own company. He seemed to be a not-too-demanding employer, though he could be tough. 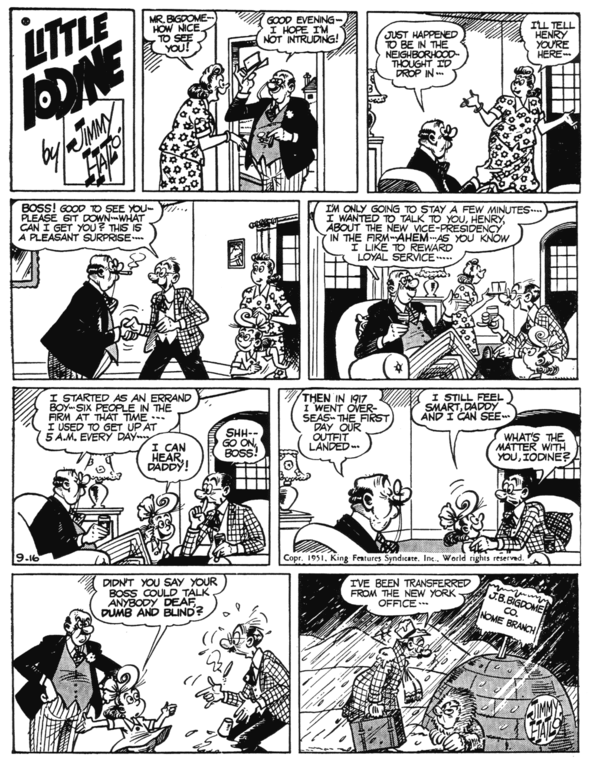 LITTLE IODINE 16 September 1951. One of the things Jimmy Hatlo’s famous troublemaker did best was enrage her father’s thin-skinned boss, Mr. Bigdome into firing him or giving him an undesirable new assignment.

HI AND LOIS 15 November 1959. Hi Flagston had a good white collar job with Foofram & company. After all, he had to support all those kids. Fortunately, Mr. Foofram was always a supportive boss, and the office atmosphere was pleasant. 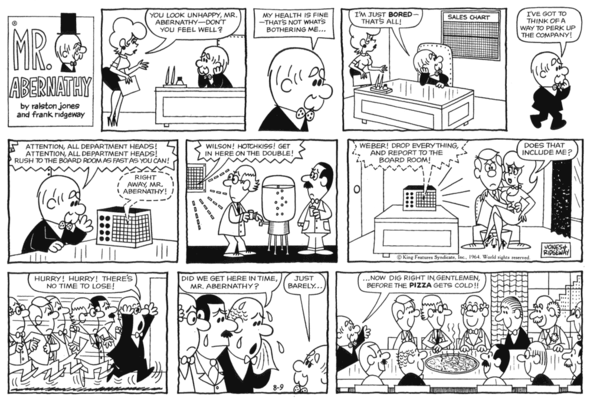 MR. ABERNATHY 9 August 1964. Millionaire playboy Mr. Abernathy spent most of his time chasing girls, but he was also head of a large corporation. His carefree attitude held through at the office, too, and he is probably the best of the cartoon bosses to work for. To see more about Mr. Abernathy, click below to read my blog post:

BLONDIE 31 July 1966. In contrast, Julius Dithers was and is, an ogre to his employees, with a penchant for picking on Dagwood, often with brutal physical assaults included. Poor Dag never even thinks of suing him for “Workplace Harrassment,” but all is forgotten before the next strip. Such is life in the pen-and-ink universe.

AGTHA CRUMM 26 February 1978. In an unusual twist, Bill Hoest’s concept of a millionaire boss took a distaff turn with Agatha. Although all her money doesn’t make her a happy-go-lucky character like Mr. Abernathy, but a mean, skinflint like Dithers, minus the head-busting attacks. For a deeper look back at Agatha Crumm, check out my blog post here: