The aptly named panel Bizarro turned 30 years old yesterday. It’s the creation of Dan Piraro, man of many talents, including illustrator,  stand-up comedian, TV star, vegan, animal rights activist, and three-time winner of the National Cartoonists Society’s award for Best Panel, and the Reuben Award for Outstanding Cartoonist of the Year in 2010.

His panel can be a kind of off-the-wall place, where characters from fiction or the past can meet talking insects or inanimate objects in illogical situations. Piraro’s work follows in the tradition of the sort of gags that once came from Gahan Wilson’s Sunday Funnies, or Gary Larson’s The Far Side, or even Jerry Van Amerongen’s The Neighborhood back in the 1970s and 1980s.  Call it a fantasy strip, perhaps. There is a definite genre here, but so far, Piraro’s has been the most successful.

I include some late 1980s-early 1990s examples today, when the comic was still distributed by the Chronicle Features syndicate. 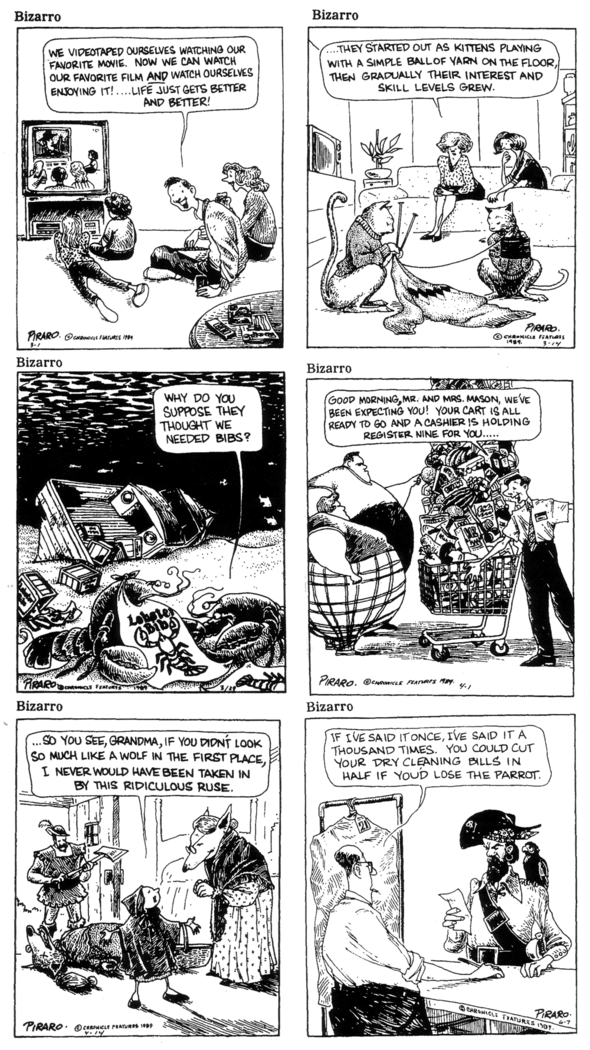 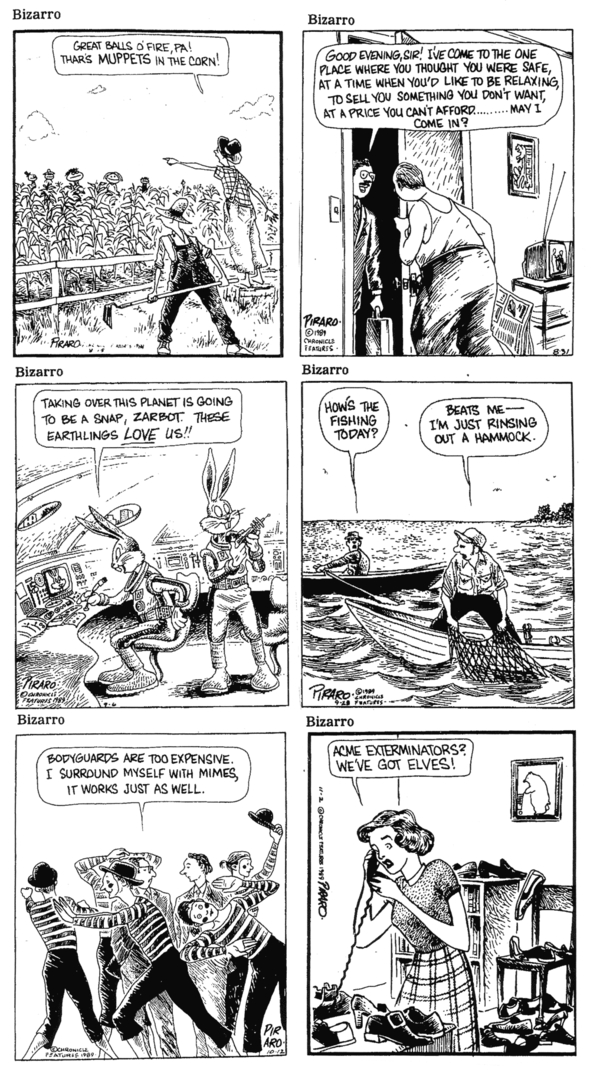 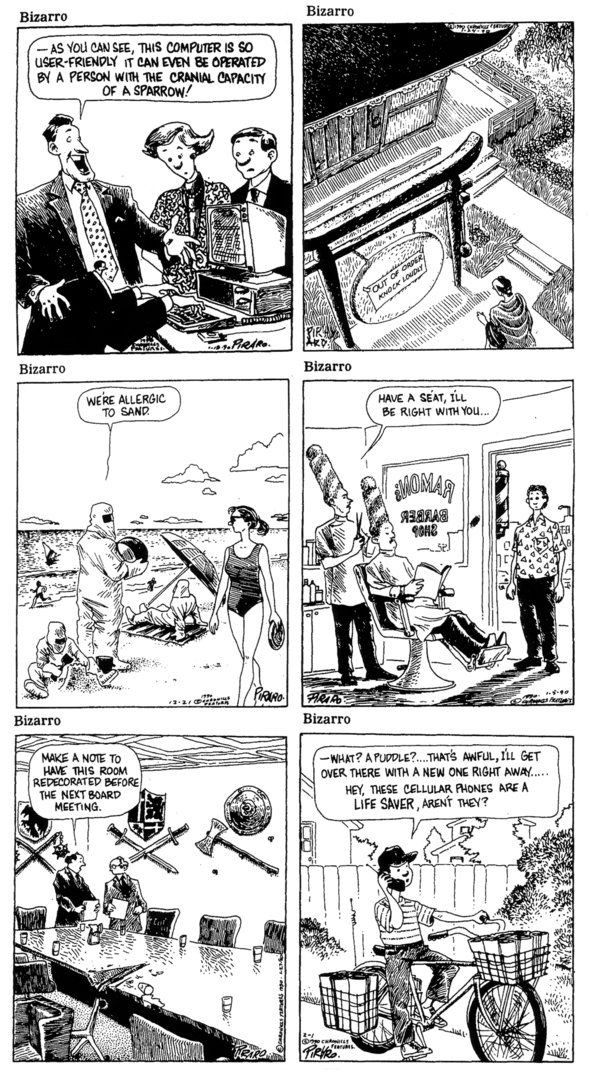 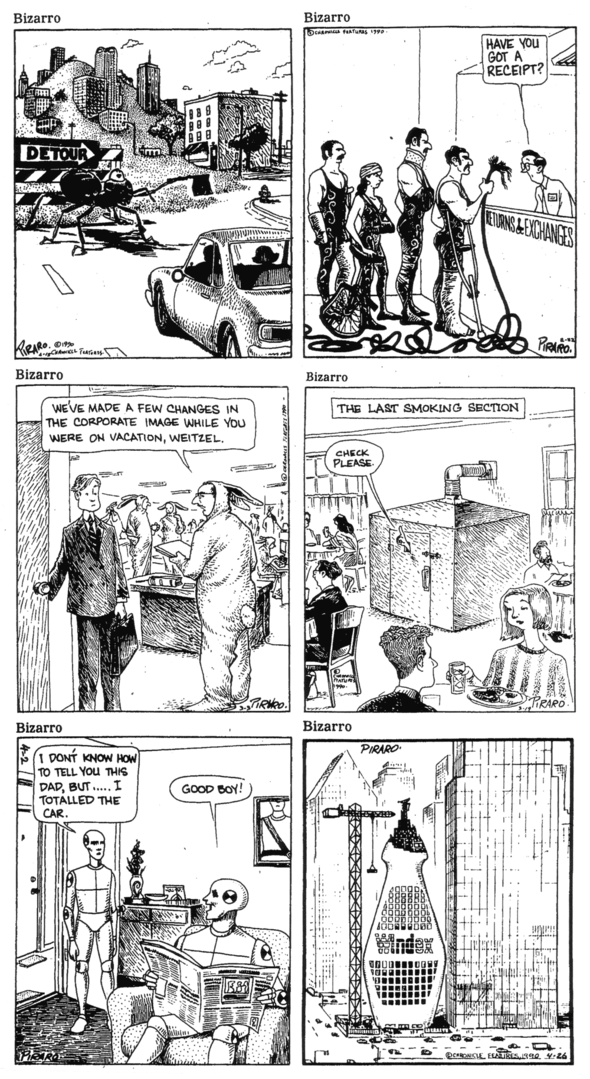 Moving on to reader comments from last week’s blog post…

Hello, Marcus Hamilton. It would seem you have a lot of friends, with congratulating posts to last week’s blog entry from Andrew Joseph Mansell, Ron Ferdinand, John Rose, CameronPB1988 and hyhybt. Glad to have put out the little collection of your early Dennis efforts.

Off site, Mr. Hamilton advised me that a Hank Ketcham panel ( 24 August 1994) snuck into the lot by mistake. I guess that’s as good a tribute as any, You fooled my Hawk-like eyes.