Ask the Archivist: A DENNIS THE MENACE Anniversary 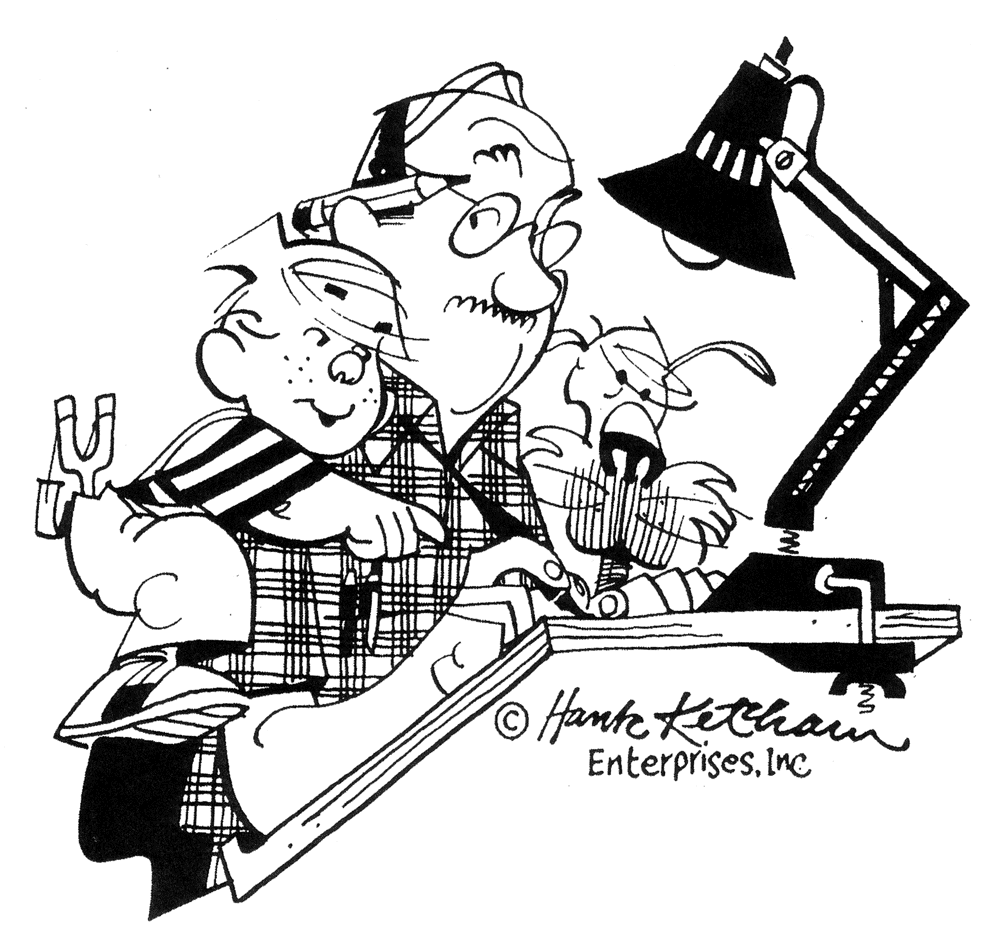 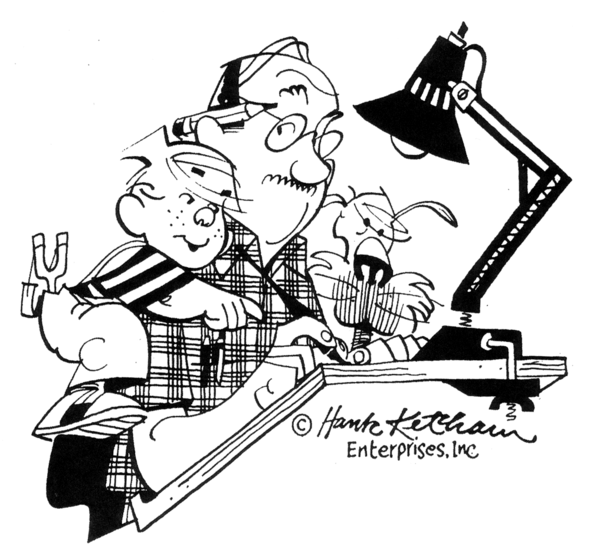 Marcus Hamilton and friends in a 2008 Self Caricature

Today, we salute Marcus Hamilton on the occasion of his twenty-first anniversary with “Dennis the Menace.”

Dennis’ creator, the great Hank Ketcham, had been drawing his panel since 1951, but by the early 1990s, he was looking forward to retirement. Ron Ferdinand had been doing the Sunday for more than ten years, but now Hank needed a ghost for the grueling grind of the six-a-week daily.

Marcus Hamilton was a freelance commercial artist for many years, contributing to many major magazines, advertising and book covers. In 1993, he saw a television interview with Ketcham where he stated his desire for someone to eventually take over his strip. Hamilton contacted him expressing interest in trying out for the job.

Eventually, Hank gave him the position, and after a period of training to draw in the Ketcham style, the first Hamilton panel appeared on 15 January 1994. For more than a year, panels from both men appeared off and on until Hank finally retired in October 1995 to pursue his painting and leisure time. 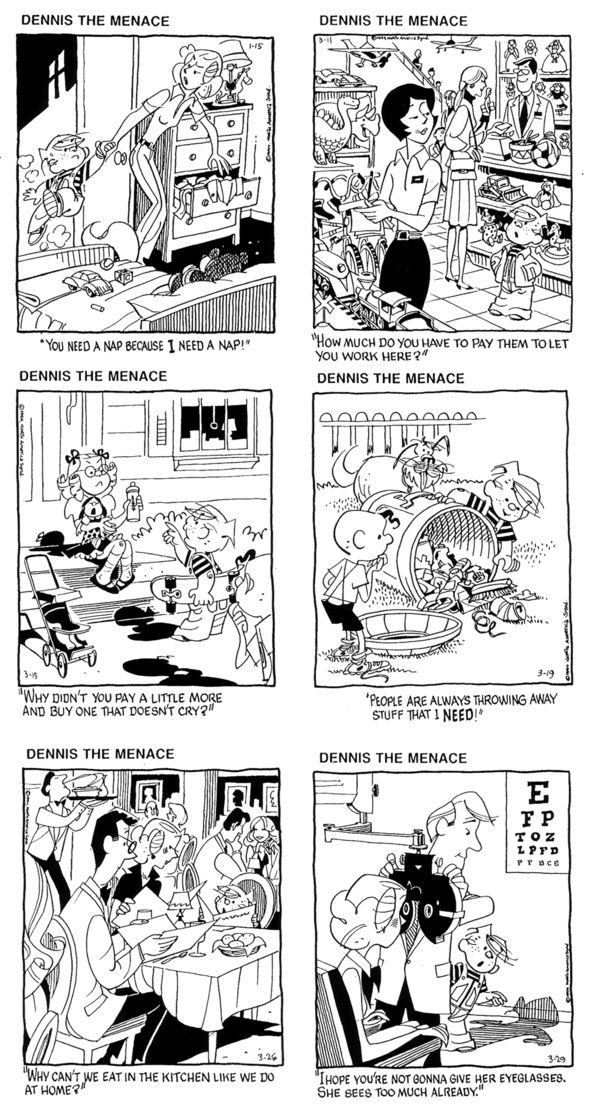 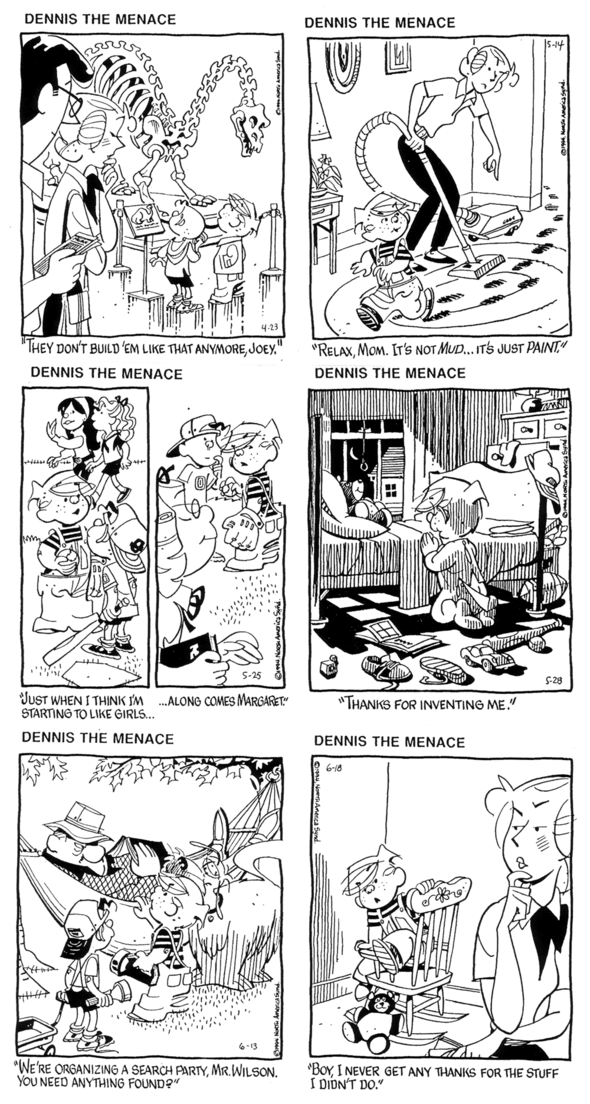 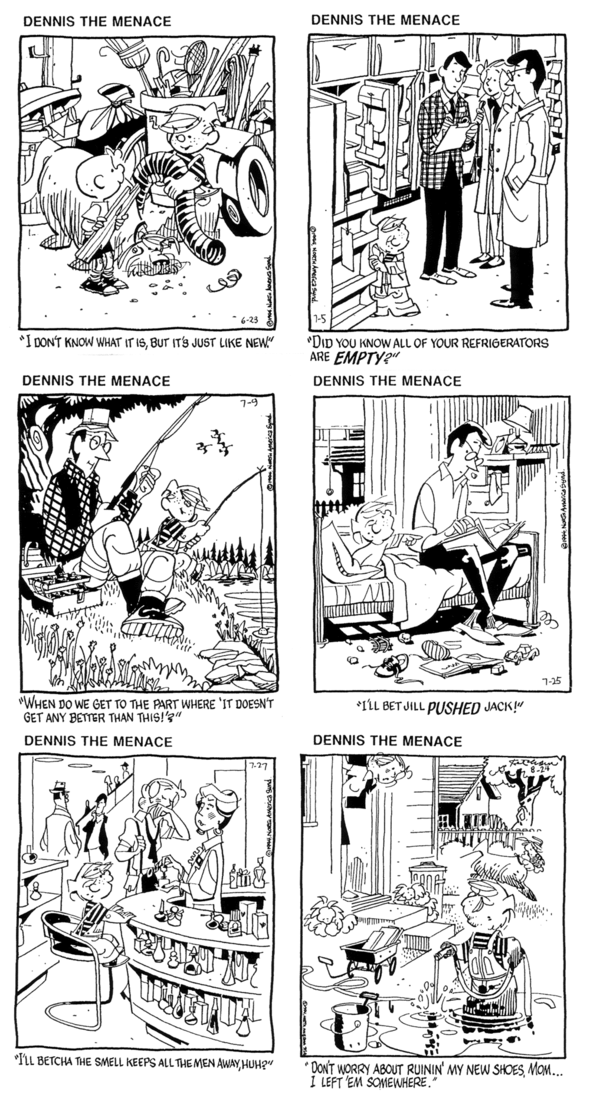 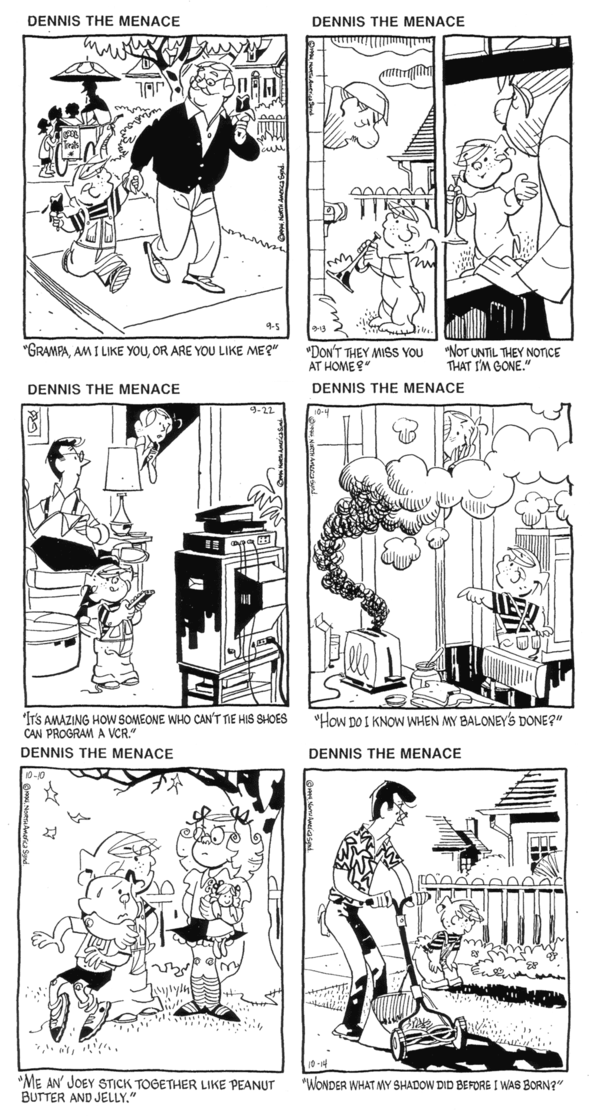 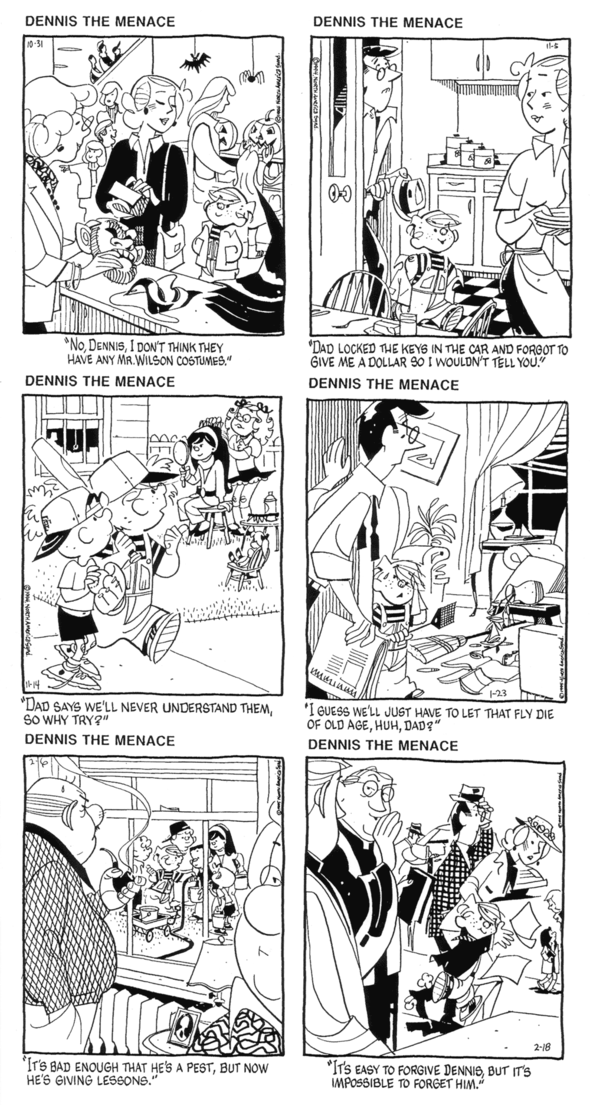 Some of Marcus Hamilton’s panels from 1994-1995
Since then, Marcus Hamilton has continued to work up to the high standards demanded by one of America’s top comics. Recognized by his peers, he won the National Cartoonists Society’s Award for Best Newspaper Panel at the 59th annual ceremony in 2005.

Moving on to reader comments from last week’s blog post …

Baby Blues‘ current state, as you put it, has been the same since the “birth” of Wren on 26 October 2002. Since then, the she hasn’t grown much, still a baby,  though Zoe and Hammie have grown over the years to be little kids. Not really a match in actual human-being years, or Zoe would be in college now.

The kids in Blondie were once famous for growing along with the years, though both Cookie and Alexander stopped some time ago at teenager level.  The one strip that tried to age along with the real-life calendar was Gasoline Alley over at Tribune, but the little infant Skeezix is now a 94-year-old and his father, Walt, has to be about 120, making him the oldest man who ever lived, maybe, next to Methuselah.

I’ll definitely try for a “Today’s World” entry–I have maybe a complete file, so, sure. You must be the first I’ve heard of that’s still a fan.

There are several anniversaries this year, including the King Features centennial. Hearst comics go back to the 1890s, but the King Features Syndicate component began in 1915, putting us somewhere between Skeezix and Walt.