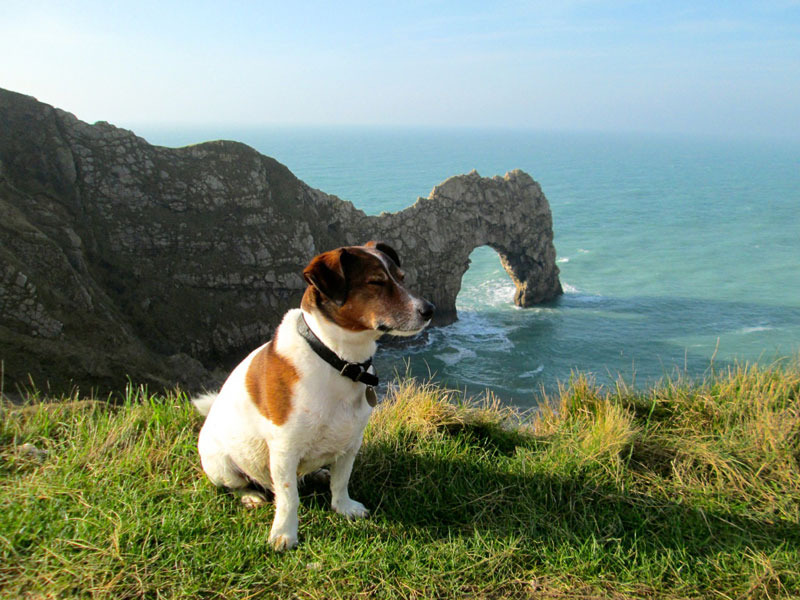 Brr!  It’s chilly in New York– and, if the Weather Channel is to be believed, in lots of other places, too!  I asked the cartoonists to tell me what they do to warm up– both literally and figuratively– before they write or draw in this cold winter weather!

On cold days like the ones we’ve been having in Connecticut lately, the first thing I do in the morning is start a fire going in my wood stove. Once it’s warmed up enough, I put on my coat and trudge 75 feet to my studio, where I flip on the propane heater. Since it takes a few hours to warm up, I wear a couple of sweaters until it does. At lunchtime, I grab a sandwich at the nearby deli and drive down to the local ferry landing and watch the Connecticut River freeze over, my car heater blasting away. I like the cold more than the heat. At least my arms don’t stick to the drawing board.

This is the picture of the mug I always drink tea from in the afternoons. I found it in a Chicago alley many years ago. It’s the perfect size and is all about plumbing, a topic near and dear to my heart. Not only does it have a cool cartoon plumber on it, rendered in relief, but the handle is in the shape of fitted pipes. Keep warm! 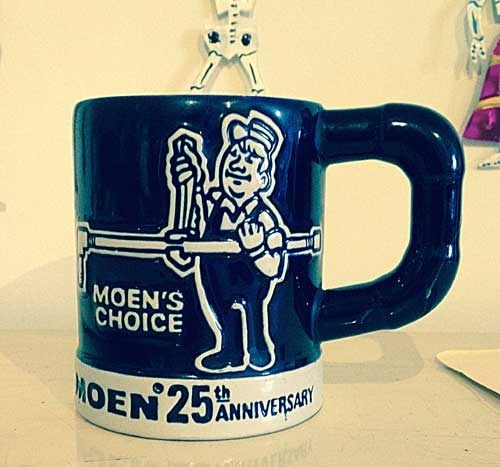 I sketch out my ideas on a really small template – about 2 by 6 inches – it forces me to simplify the idea, and because it’s in the proportion of the strip, I can see if the layout is going to work. I seem to get inspired by listening – to ambient noises, in conversation with friends, and listening to the radio. And of course in the cold weather, super hot coffee with steamed milk is also great!

This is my view of the world when I’m writing. (this photo was taken at Christmas time in 2007) My Christmas tree is about foot away to the right of the photo. My recliner just misses it when it’s extended. Very cozy and great for a long afternoon of creating comics. I LOVE my job! 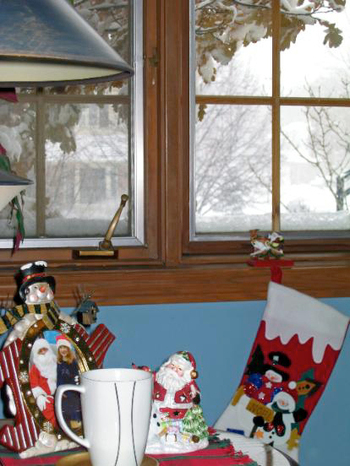 I warm up by walking hills with our Jack Russell, Billie. The ideas seem to flow better when I’m in the countryside, slightly out of breath and in the company of a good dog. This is Durdle Door, near where I grew up in Dorset, UK. 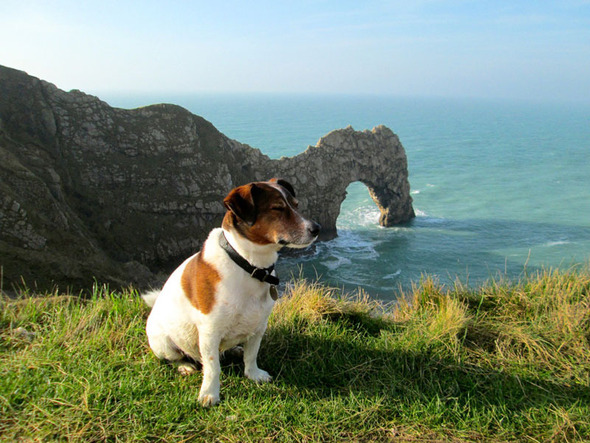 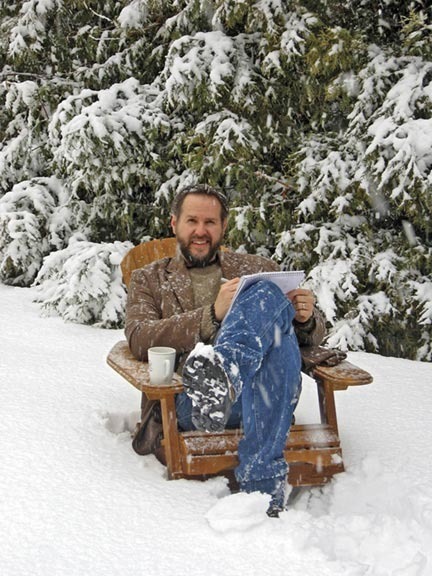 Oftentimes, I get warmed up on cold winter mornings with a hot cup of cappuccino in my favorite coffee mug (ordered from the Snuffy Smith Online Store!) and the local newspaper. That usually gets the creative juices flowing! 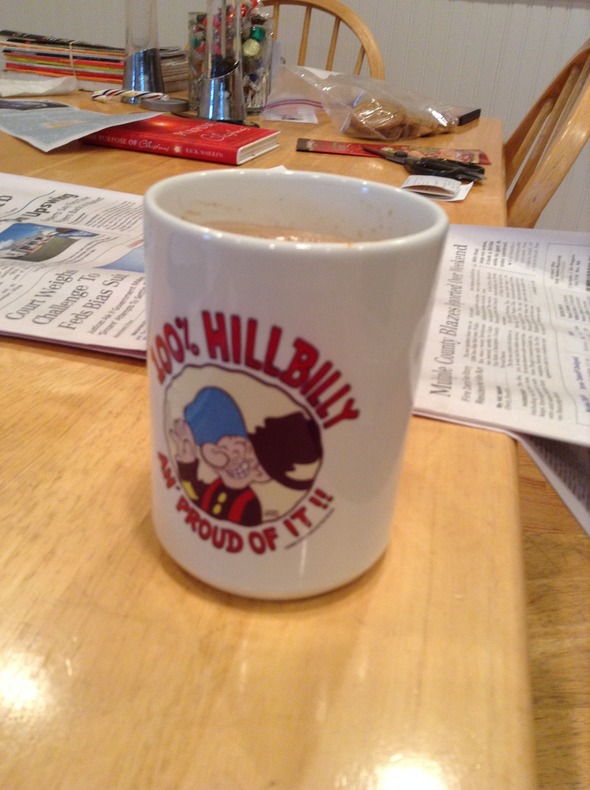 “I’m very big on routine, and find that I’m most productive when I’m in the groove (sorry)… anyway, the mundane things I like to have at my drawing table are: coffee, and heat. The less mundane things that I find useful are mental energy (tons of it!) and a sense of playfulness and creativity. Oh, and I don’t do sketches, I tend to jump right in. On writing days, I might start by playing a word-association game just to jumpstart the writing process.”