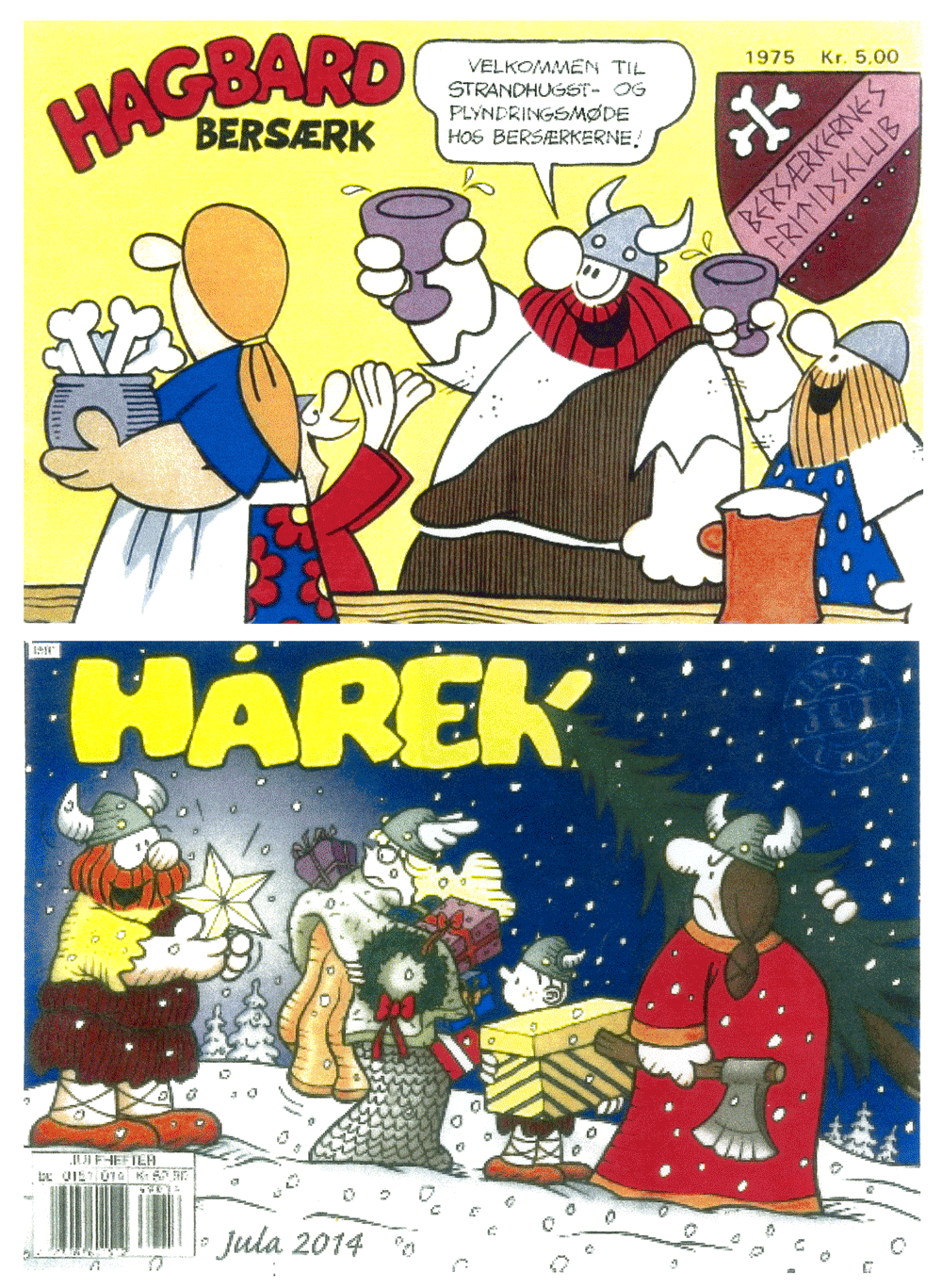 At this time of year, a Christmas comics tradition has been part of northern European life for more than a century: the Julehefte, or “Christmas Book.” A great gift for Scandinavian kids has always been books. There’s a lot of days too cold in the long, icy winters to go out and play.

“The Katzenjammer Kids” annuals have been printed since 1911, other comics have come and gone, but Hans and Fritz, or if you prefer, Knoll Og Tott, or Ole & Peter, are a mainstay.

King Features’ comics are always in the forefront there as in every corner of the globe, though there has always been competition from other U.S. syndicates and local creations. Today, I’ll just present some King Features’ titles that have appeared since the 1970’s. Many times, alternate names are given to the characters in Swedish, Danish and Norwegian.

THE KATZENJAMMERS ARE STILL FAVORITES AFTER MORE THAN A CENTURY.

JIGGS AND MAGGIE OR, “THE GOLDEN LIFE” ARE STILL POPULAR  IN SCANDINAVIA. POPEYE TOO, BY ANY OTHER NAME. 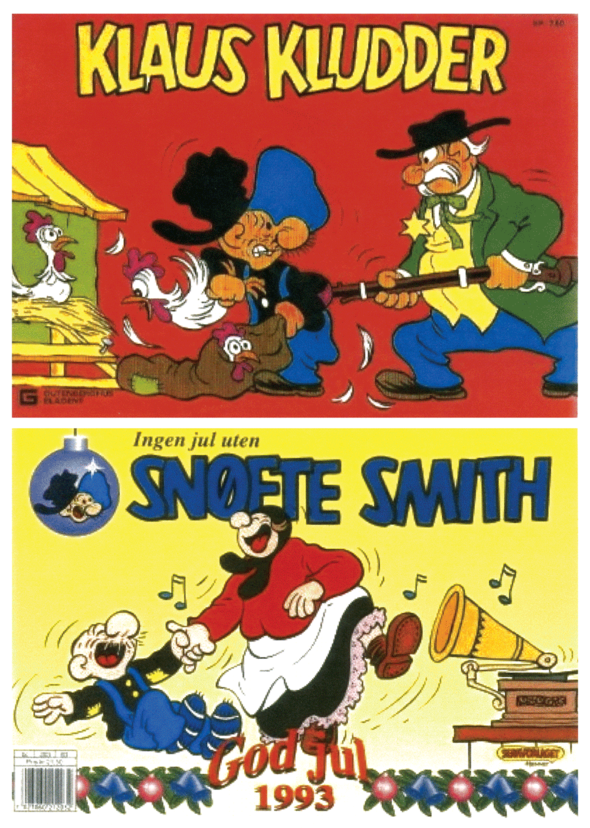 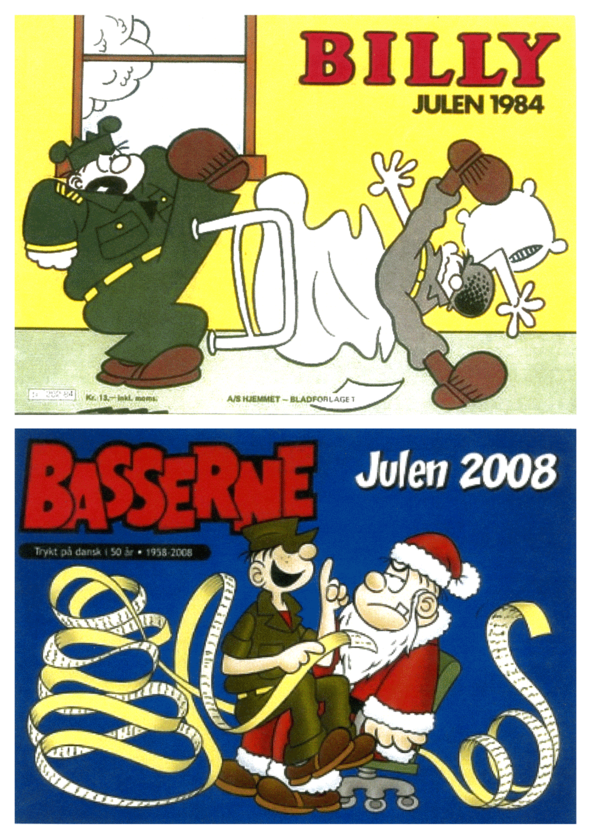 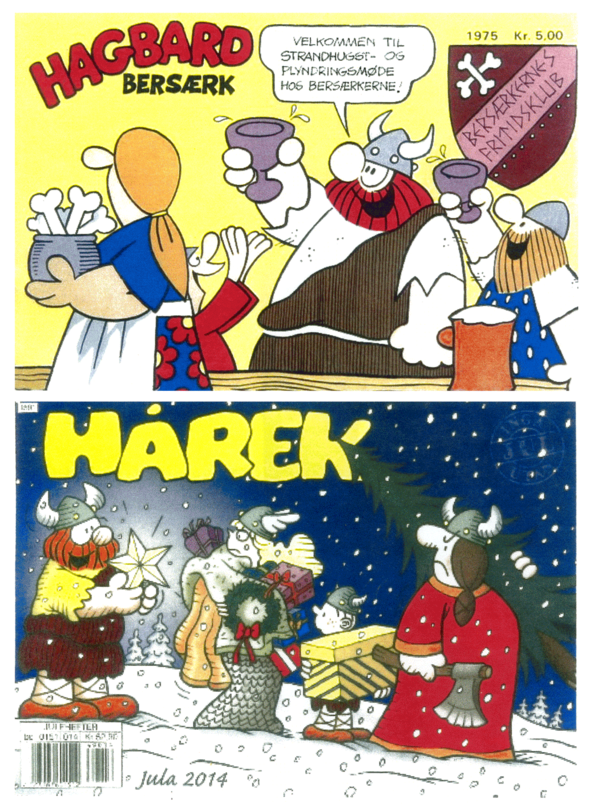 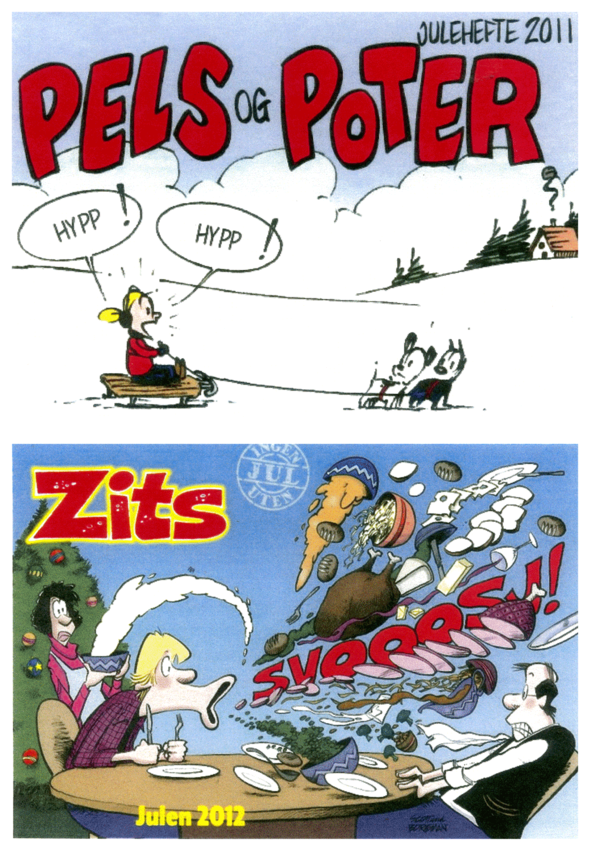 NEWER STRIPS LIKE MUTTS AND ZITS HAVE JOINED THE TRADITION TOO.

CameronPB1988, hyhybt-
The Henry strip is still going today-just check out the present list of KFS titles here at this site.
Mike Smith-
The object in the hand of Henrietta in the Brazilian comic book  was perhaps intended to be an ice cream cone, but the substance does appear to be an oozing foam. If it’s not beer, perhaps more in fitting with the chosen motif for this cover, it’s a helping of bubbling brimstone.

A very merry Christmas from your friends at King Features … and me!