King Of The Comics: Photos From A Bodacious Weekend!! 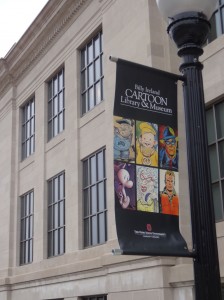 As I mentioned last week, this past weekend my wife Karen and I attended the King Of The Comics exhibit at the Billy Ireland Cartoon Library and Museum at Ohio State University.  It was an amazing time!  Here are lots of photos from this bodacious weekend celebrating William Randolph Hearst and 100 years of King Features!  We were honored that we could attend. 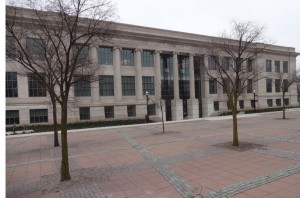 The Billy Ireland Cartoon Library and Museum on the campus of Ohio State University in Columbus, Ohio. 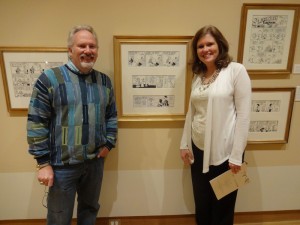 My wife Karen and I stand beside my framed Barney Google and Snuffy Smith original comic strip art.  What an incredible honor to see my work on the wall alongside so many cartooning masters! 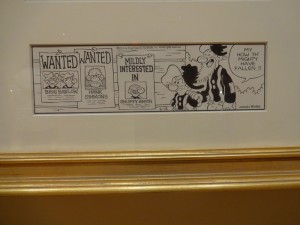 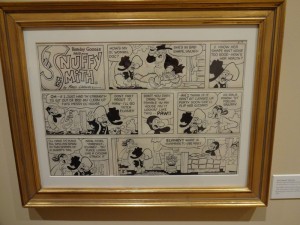 An original Barney Google and Snuffy Smith Sunday comic strip by my mentor, the multi-talented Fred Lasswell! It was an incredible experience to work with and learn from him. 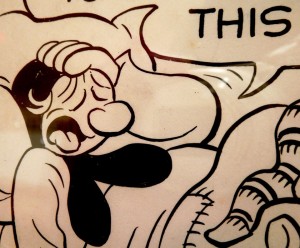 A close-up of Fred’s work. Look at that bee-yoo-ti-ful line work! 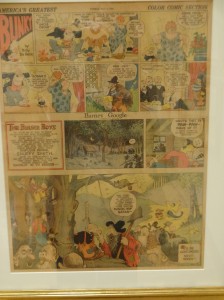 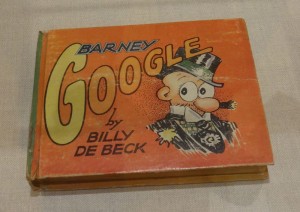 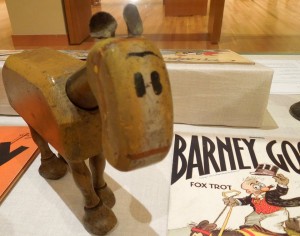 An early Spark Plug toy and song sheet from Barney Google With The Goo-Goo-Googly Eyes. 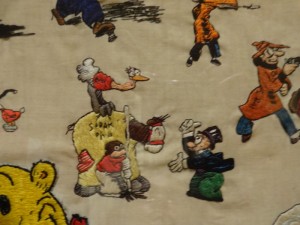 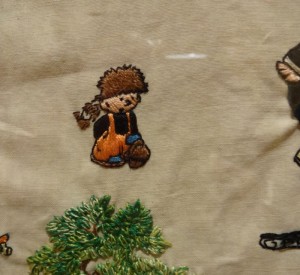 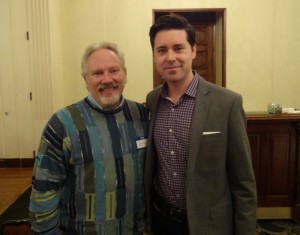 With my great friend and editor of many years, King Features Editor Brendan Burford. 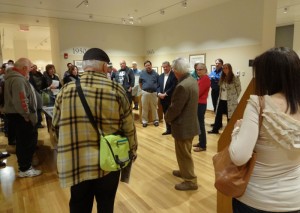 A large crowd gathered for the special Curator’s Tour of the exhibit with guest curator, Brian Walker,  (Hi and Lois).  Brian is in the center in the brown jacket. 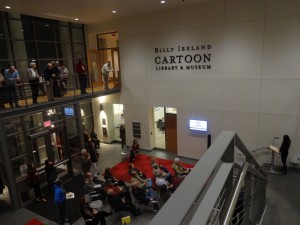 Opening reception remarks in the grand foyer of the museum. 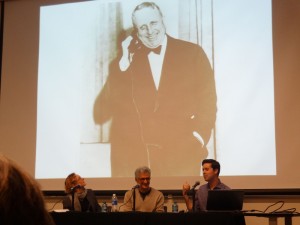 King Features Editor Brendan Burford (far right) is joined by Patrick McDonnell (Mutts) and Hilary Price (Rhymes With Orange) in a panel discussion entitled “The Road To King.” The large photo projected on the screen is of King Features founder, William Randolph Hearst. 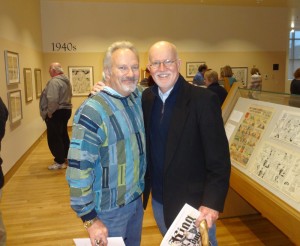 In the gallery with my good friend and fellow Virginian, the talented inkslinger, Gary Brookins (Shoe, Pluggers). 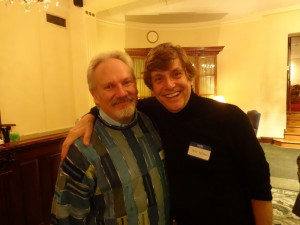 With the amazing Mike Peters (Mother Goose and Grimm)!  Mike came and spoke about his cartooning career when I was a student at James Madison University in 1985.  His talk was such an incredible inspiration to me as someone who wanted to be a cartoonist.   We have been friends ever since.  He is one of the kindest people I know. 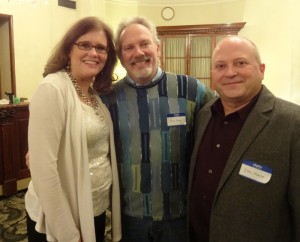 Karen and I with our good friend, cartoonist and comedian, Earl Musick. 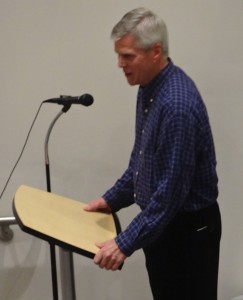 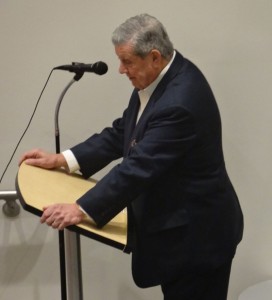 Retired head of King Features, Joe D’Angelo tells the audience stories of cartoonists he worked with over the years. 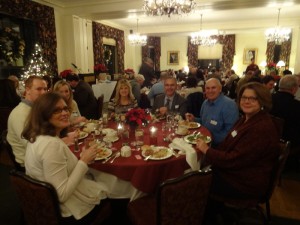 After the museum tour we were invited to a holiday dinner by the Great Lakes Chapter of the National Cartoonists Society.  Karen and I enjoyed our dinner with Jeani and Jeff Stahler (Moderately Confused) and Eric Reaves (Hi and Lois) and family. 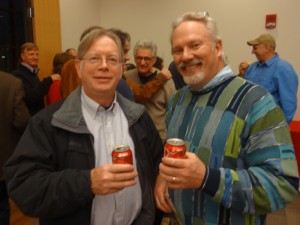 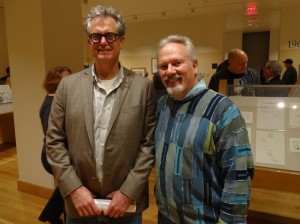 One of the funniest men I know, Tom Gammill (comedy writer/producer for The Simpsons and Seinfeld, creator of The Doozies). 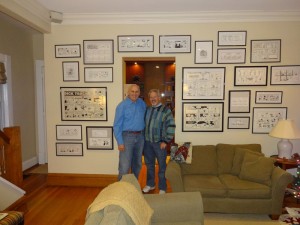 While in Columbus, Karen and I visited the home and studio of our good friends, the Stahler family. Here I am with Jeff Stahler (Moderately Confused) in his family room. Look at all these amazing originals!  Wow! 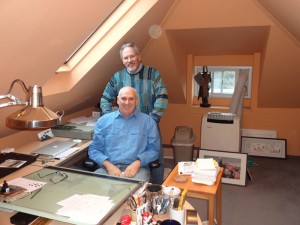 Jeff and I in his wonderful studio…where the magic happens!