Chanukkah begins this week, and I’d like to wish a very happy one to everyone who celebrates!  May your latkes be especially crispy and delicious this year!

We also have two special anniversaries here at Comics Kingdom this week.  Wednesday is the 80th anniversary of Henry!

Our beloved Archivist will be celebrating with a feature on Henry later this week.  I tried to ask Henry what it feels like to be eighty, but he didn’t seem to have much to say about that.

I’ve got a comic the Archivist asked me to share with you– one of his favorite Henry Sundays from 1937 that he was unable to use in his upcoming blog post! 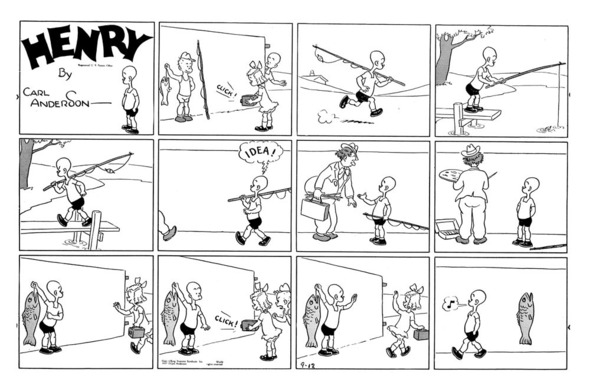 Here, as a special treat, is the first ever Thimble Theater strip: 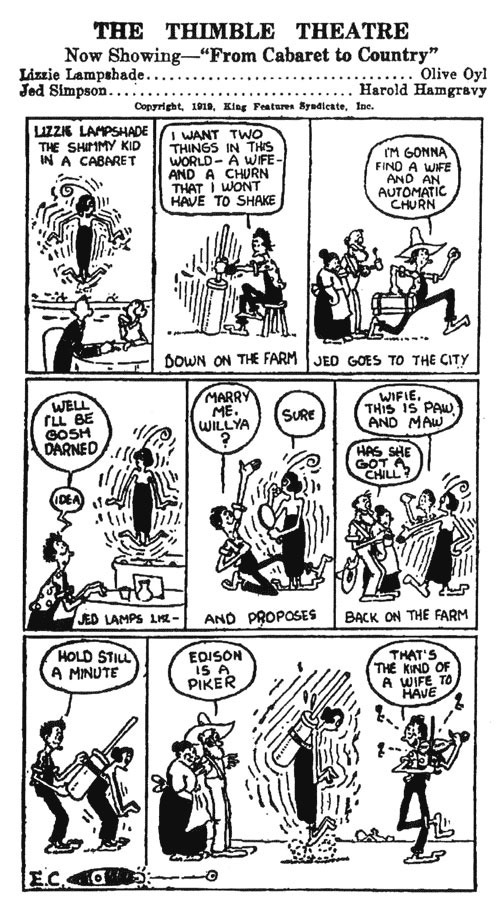 Gosh, and I still know so many people today who are looking for a wife and an automatic churn. Some things never change!